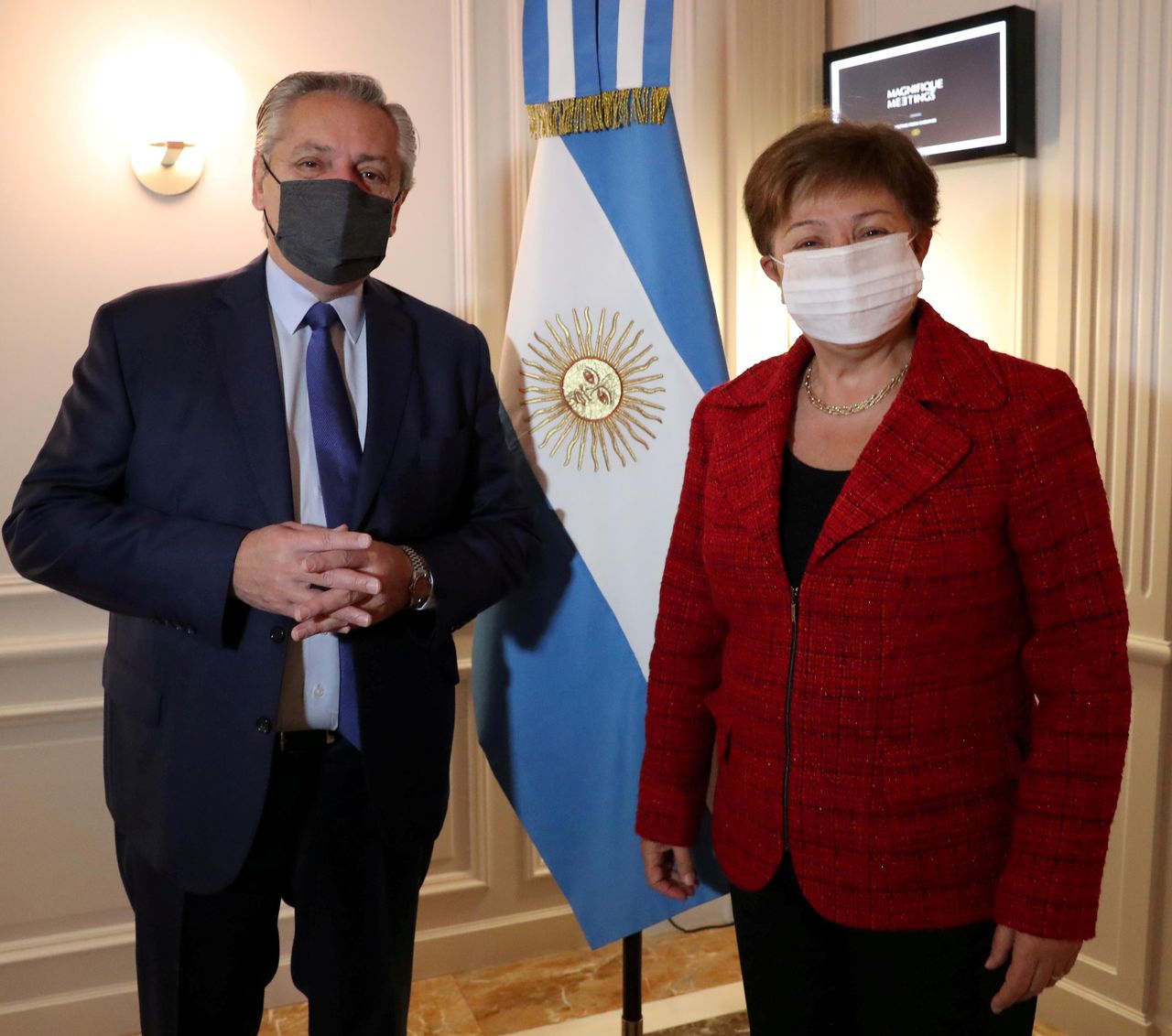 By Adam Jourdan and Rodrigo Campos

BUENOS AIRES/NEW YORK (Reuters) - Argentina's deal with the Paris Club group of country lenders to defer $2 billion in payments until March next year should give the country breathing room in even more critical debt talks: its $45 billion negotiation with the International Monetary Fund.

The Paris Club agreement over a "bridging" period until next year means Argentina will avoid a damaging default next month. It came with a commitment to strike a deal with the IMF by March 31 to revamp repayments it cannot make.

That should dispel fears about a deal collapse, analysts said, despite some $8.5 billion in payments to the Fund coming due between now and early next year. The talks are an acid test for the IMF, which extended its largest-ever facility to the country in 2018, though could not prevent economic crisis.

"The IMF deal risk is now close to zero," said Siobahn Morden of Amherst Pierpont, who said the hard deadline as part of the Paris Club accord gave Argentina "breathing room" to push talks until after mid-term elections late this year.

It also marked a "political coup" for Economy Minister Martin Guzman, seen as a moderating influence within Argentina's ruling Peronist coalition against the hard-line left wing of the party under Vice President Cristina Fernandez de Kirchner.

The South American nation has been grappling with a foreign currency debt crisis since 2019, when a sharp market crash sparked an outflow of reserves and a peso currency plunge. It defaulted on private debt last year before a more than $100 billion restructuring that strained ties with creditors.

Talks with the IMF have been buffeted by the sharp impact of the COVID-19 pandemic and tensions within the ruling coalition over a timeline for a deal. The initial aim had been to strike an agreement at the start of this year.

Argentine traders said the Paris Club deal and clarity over an IMF deadline was important to avoid turbulence in the second half of the year, with elections in November and the Peronists looking to protect their strong position in Congress.

The Paris Club, which has a long history with Argentina, includes among its members the United States, Germany, Brazil and Japan, which are also members of the IMF.

"This helps buy time in the key talks with the IMF, and clearly turns on the switch for a planned agreement in 2022," said an analyst at a foreign bank in Buenos Aires who asked not to be named.

"This will help get past the legislative elections without political upheavals that could complicate things for the ruling party," he said.

The IMF on Thursday said it welcomed Argentina's deal with the Paris Club, though it had no timeline currently for a new agreement. Some $2.6 billion in payments are due before the planned Nov. 14 mid-term vote.

Some analysts said that even with an IMF deal, Argentina's problems would persist, with rising poverty levels, runaway inflation and tight capital controls still in place.

"We expect that both sides will thrash out a fresh agreement within the next 12 months," said Nikhil Sanghani at Capital Economics, who added that Argentina's government seemed to be playing a game of 'who blinks first' with the IMF.

"But we doubt that this would be enough to steer Argentina away from another crisis later this decade," he said.