BOJ was confident in June meeting of recovery as vaccination proceeds 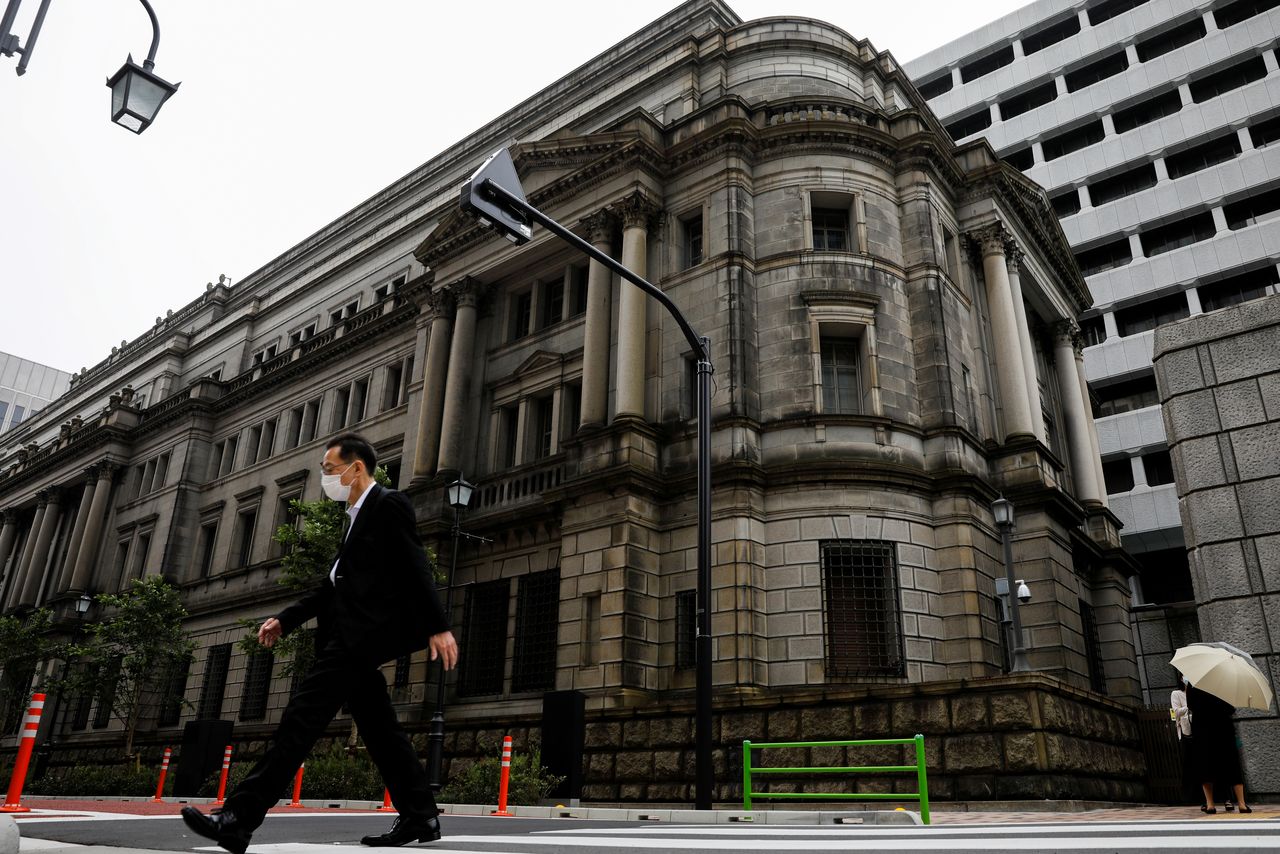 TOKYO (Reuters) -Bank of Japan policymakers hoped that accelerating coronavirus vaccinations would prop up the economy, but saw any inflationary pressures as subdued given the fragile recovery, a summary of their debate at a June 17-18 meeting released on Monday showed.

Japan has only recently emerged from a fourth wave of infections. A decline in the pace of new cases and a pick-up in vaccinations prompted authorities to ease a state of emergency in Tokyo and eight other prefectures on June 20.

"A positive economic cycle is kicking off in Japan due to progress made in vaccinations," one of the nine board members was quoted as saying.

At the June meeting, the BOJ kept monetary policy steady and unveiled a plan to boost funding for fighting climate change to be rolled out by the end of this year.

"While uncertain and patchy, progress in vaccinations has made the global economic recovery clearer. Japan hopefully will see something similar happen," another opinion showed.

The upbeat assessments underscore the BOJ's view the economy will emerge from the doldrums on robust exports and a pick-up in domestic demand, without needing additional monetary support.

Some policymakers saw signs of a rebound in inflation with one voicing hope that pent-up demand will help accelerate inflation in the latter half of this year, the summary showed.

"Rising commodities prices and improvements in domestic demand may push up inflation, though such upward price pressure will lack momentum," one member said.

Japan's economy shrank an annualised 3.9% in the first quarter and analysts expect any rebound in the April to June quarter to be modest as COVID-19 movement restrictions limit consumption. Core consumer prices rose just 0.1% in May from a year earlier, as weak spending discouraged firms from passing on higher raw material costs to households.

On the BOJ's planned climate change plan, one board member said it must be a "flexible" one as the circumstances around the topic remain fluid, the summary showed.

A government representative who attended the June meeting called the idea a "timely" plan as Prime Minister Yoshihide Suga's administration promotes green innovation among the key parts of its strategy to boost Japan's economic growth.