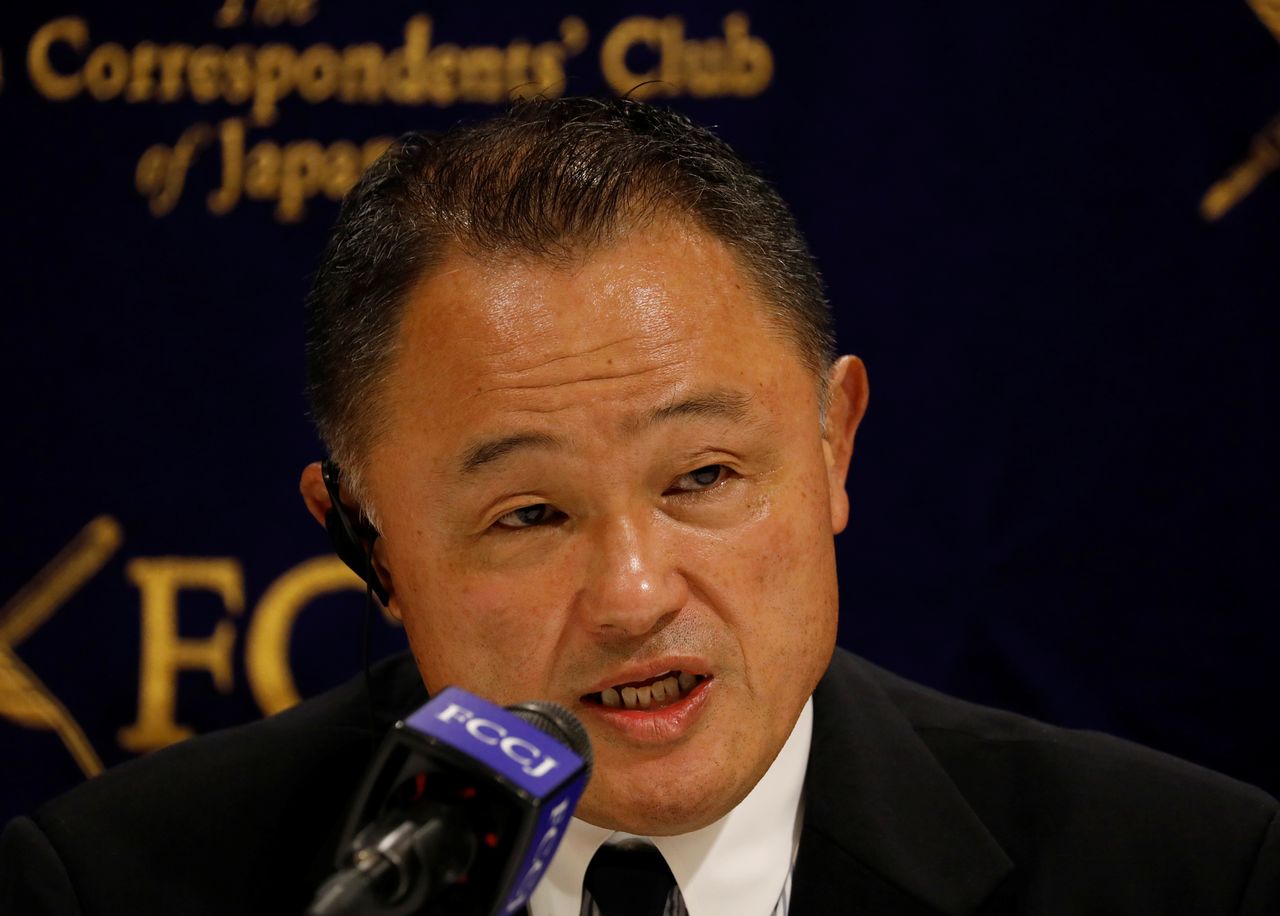 TOKYO (Reuters) -With two members of the Ugandan delegation testing positive after arriving in Japan for the Tokyo 2020 Olympic Games that start on July 23, organisers are seeking to soothe public concerns that delegations may bring in and spread COVID-19.

At a news conference on Monday, Yasuhiro Yamashita, the president of Japan's Olympic Committee, said it was impossible to completely shut out coronavirus cases upon arrival, making it crucial for authorities to spot them at the border.

"There is just no way there won't be cases arriving in Japan, no matter what we do...that's why it is crucial we make sure to catch cases at the airports and enforce strict border controls," Yamashita said.

He added that the Tokyo 2020 panel and the government would play a greater role in the quarantine process when new cases are identified among arriving delegations, rather than leaving them to local authorities to handle.

On Monday, Prime Minister Yoshihide Suga also sought to assuage public concerns in comments to reporters after a tour of Tokyo's Haneda airport.

"We are imposing strict rules so that the Olympic delegations don't come in contact with the general public," he said, adding that he had asked for the airport to step up vigilance as more delegations arrive.

A coach from the Ugandan delegation that arrived in mid-June tested positive for the Delta variant upon arrival at the airport.

However, the rest of the delegation then travelled to the city of Izumisano for a planned pre-Olympic training camp, but without being identified as "close contacts" of the coach.

Another delegation member also tested positive for the virus on Wednesday.

The incident sparked concern among local governments planning to host Olympic delegations, with one governor saying they should be held at or near the airport if a member tested positive upon arrival.

The government aims to update virus precautions for hosting Olympic delegations amid confusion over how to identify close contacts of those testing positive, Kyodo news agency said on Monday. The most recent guidelines date from last November.

Many Japanese remain sceptical about the possibility of safely holding even a scaled-down Games during the pandemic, which caused the event to be postponed last year.

In a poll of Tokyo residents published on Sunday by the Asahi Shimbun daily, 38% of respondents said it was best to host the Games as planned this year, while 27% wanted a further delay and 33% sought outright cancellation.

Organisers have excluded foreign spectators from the event and limited domestic numbers. Alcohol, high-fives and loud talking will also be banned.

While Japan has largely avoided the kind of explosive outbreak that devastated other countries, its vaccine roll-out was initially slow, and the medical system pushed to the brink in some places.