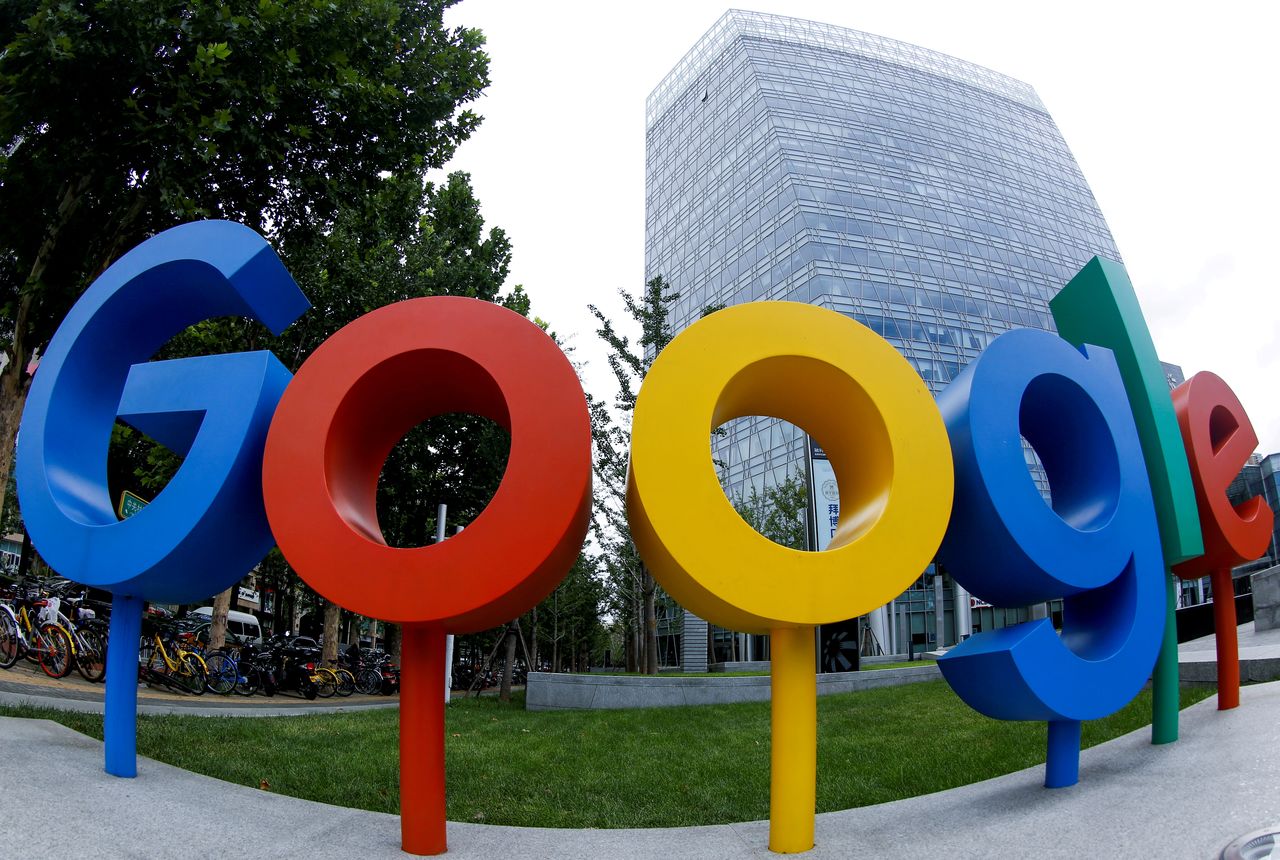 FILE PHOTO: The brand logo of Alphabet Inc's Google is seen outside its office in Beijing, China August 8, 2018. Picture taken with a fisheye lens. REUTERS/Thomas Peter

COPENHAGEN (Reuters) - Denmark's media industry is banding together to negotiate payments for news with Google and Facebook, the first attempt in Europe to collectively pursue claims with the tech giants.

Representatives of 29 Danish media companies, including state broadcaster DR, partly state-funded TV2, as well as most major newspaper publishers, will gather on Friday for their first meeting.

"We believe that a collective management of our rights will make for the best and most fair value regarding big tech's use of our content," Stig Orskov, chief executive of media company JP/Politikens Hus, told Reuters.

The move comes after a change in the EU copyright directive last year will make sharing platforms such as Google and Facebook have to install filters to prevent users from uploading copyrighted material, such as news.

Facebook and Google both face negotiations over how much they can post of a link from news media and whether they should pay for it.

"It's not content made for free usage," Anders Krab-Johansen, CEO of Berlingske Media, a Danish media house and founding member-to-be of the collective, said.

"That's some Californian misunderstanding," he added, referring to the U.S. tech giants' home base.

The inspiration for the initiative partly comes from the music industry, Orskov said, referring to musicians collectively negotiating rights with music streaming services such as Spotify.

There was controversy earlier this year in France when some media were left out of the union negotiating with Google.