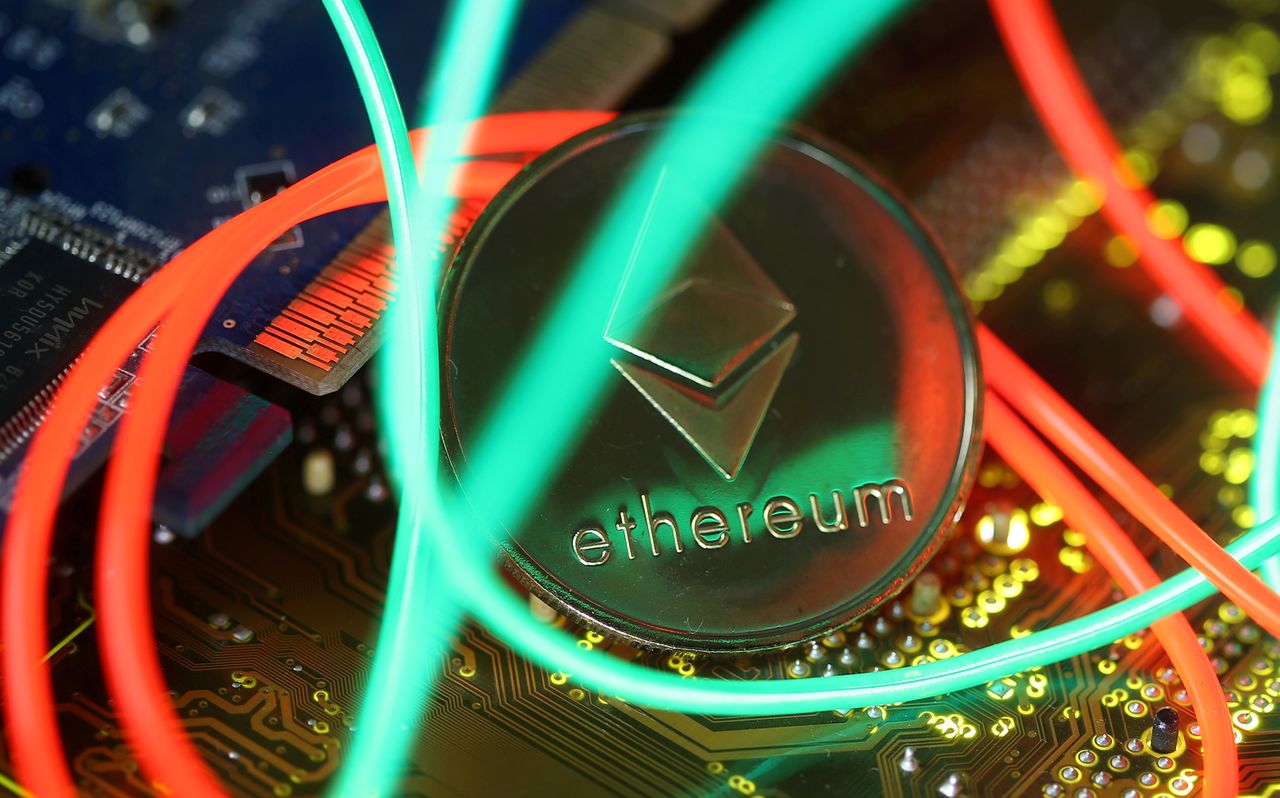 FILE PHOTO: Representation of the Ethereum virtual currency standing on the PC motherboard are seen in this illustration picture, February 3, 2018. REUTERS/Dado Ruvic/Illustration/File Photo

NEW YORK (Reuters) - Ether investment products and funds posted record outflows in the last week of June, bearing the brunt of negative sentiment on cryptocurrencies, according to data on Monday from digital asset manager CoinShares.

Institutional investors took out $50 million from investment products and funds on ether, the token used for the Ethereum blockchain. Ether suffered outflows for a fourth consecutive week, data showed.

The world's largest cryptocurrency was down 8.4% against the dollar so far in June. Since an all-time high of just under $65,000 hit in mid-April, bitcoin has plunged nearly 46%.

"If the global macro environment deteriorates on account of the decreasing pace of global liquidity, it's expected that bitcoin may break the crucial level of $30,000 and challenge the highs of the previous cycle at $20,00. Until then, bitcoin is likely to be in this range and can set up a classic bull trap above $42,000."

Sentiment on cryptocurrencies has been crushed amid a crackdown on the sector by China, which banned bitcoin mining activities.

In addition, British and Japanese regulators have independently issued warnings against Binance, one of the world's largest cryptocurrency exchanges. Britain's financial regulator over the weekend said Binance cannot conduct any regulated activity and issued a warning to consumers about the platform.

Japan also issued a similar warning to Binance stating that it has been providing crypto exchange services to Japanese customers without registration.

Crypto assets under management also declined in the latest week to about $38 billion. At the end of April, that AUM was at $65 billion.