Japan minister says necessary to 'wake up' to protect Taiwan 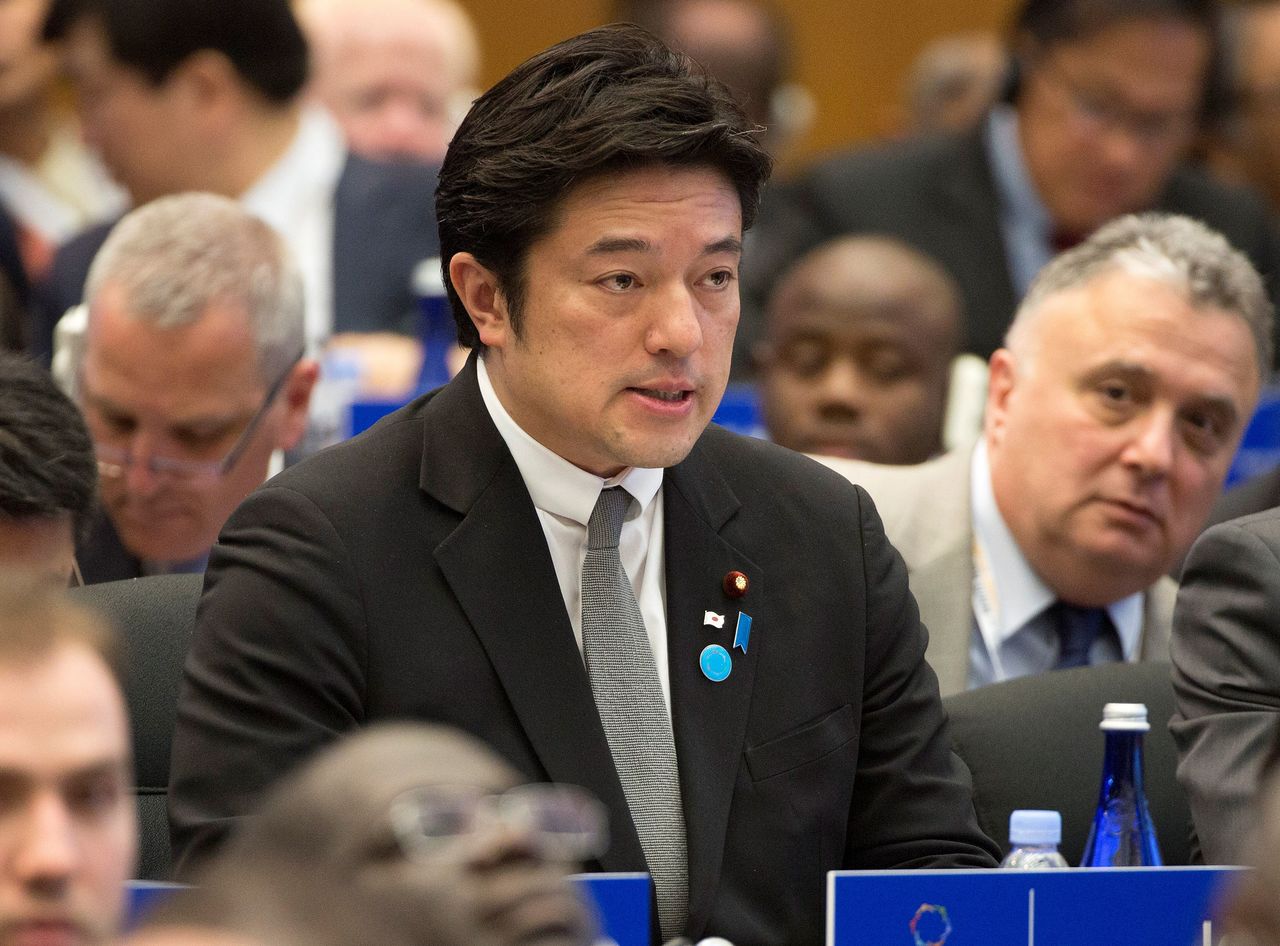 WASHINGTON (Reuters) -Japan's deputy defense minister warned at an event aired on Monday of a growing threat posed by Chinese and Russian collaboration and said it was necessary to "wake up" to Beijing's pressure on Taiwan and protect the island "as a democratic country."

Speaking to the Hudson Institute think tank, State Minister of Defence Yasuhide Nakayama questioned whether the decision of many countries, including Japan and United States, to follow a "one-China" policy that has recognized Beijing over Taipei since the 1970s would stand the test of time.

"Was it right?" he asked at the online event, referring to how future generations will judge policymakers on the issue. "I don't know."

Nakayama said democratic countries had to protect each other and noted that he had in the past referred to Taiwan as a "red line."

"So we have to protect Taiwan as a democratic country."

Nakayama said Japan and Taiwan were geographically close, and added that if something happened in Taiwan it would affect Japan's Okinawa prefecture, where U.S. forces and their families are based.

Nakayama highlighted growing threats posed by China in space, in missile technology, in the cyber domain and in nuclear and conventional forces, and said that under President Xi Jinping's leadership it had "aggressive, aggressive ... thought and will."

A spokeswoman for Hudson said on Thursday that Nakayama's exchange with the think tank was pre-recorded on on Thursday, June 24.

China claims democratically governed Taiwan as an integral part of its territory.

"We deplore the erroneous remarks by the senior official of the Japanese government, and we have lodged solemn representations," said Chinese foreign ministry spokesman Wang Wenbin, adding that Nakayama had "falsely accused" China over "normal national defence developments."

"This is highly sinister, dangerous and irresponsible. This politician also openly called Taiwan a country, in serious violation of the China-Japan joint statement," Wang said at a regular media briefing.

"We urge the Japanese government to make a clarification and ensure this will not happen again."

Nakayama said it was necessary to show deterrence to China and also Russia, which had stepped up exercises in Japanese-claimed territory and near the U.S. territory of Hawaii.

"You can see China and Russia collaborating together, when they are doing some military exercise around our neighbors," Nakayama said, adding that he wanted to see the United States "stronger, stronger and stronger."

Nakayama referred to Tokyo's decision to scrap its one-percent-of-GDP cap on defense spending. He said Japan needed to spend more on weapons, including missiles, and cut costs, given that 50 percent of its budget went on personnel.

Washington and Tokyo should boost technological collaboration in the face of closer Chinese and Russian cooperation, he said.