Taiwan to discuss easing vaccine trade in talks with U.S. 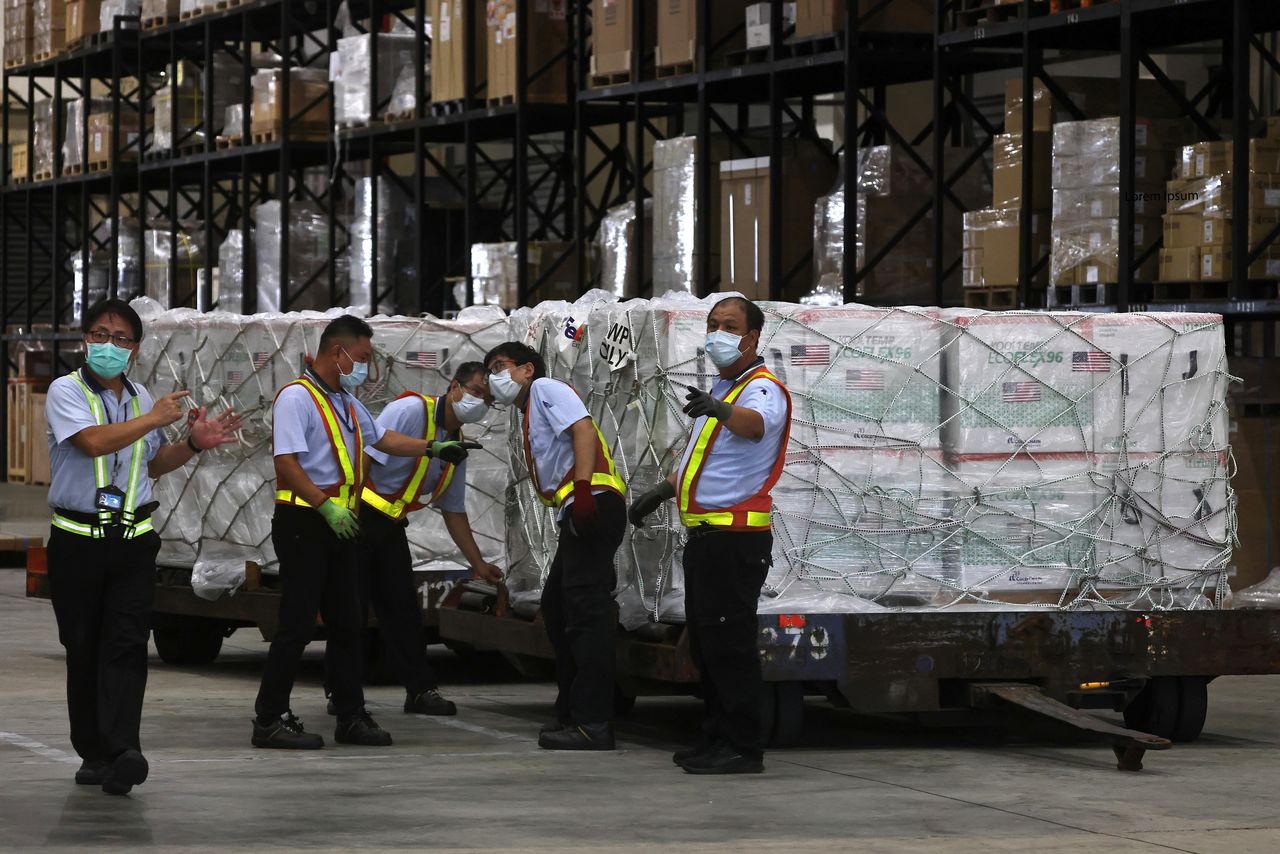 TAIPEI (Reuters) - Taiwan will discuss easing the import and export of COVID-19 vaccines with the United States when it holds trade talks with Washington this week, which will help in bringing the pandemic under control, President Tsai Ing-wen said on Tuesday.

The two sides are due to resume long-stalled trade discussions on Wednesday as Washington seeks to deepen its support for the Chinese-claimed island, and at a time when Taiwan is dealing with a cluster of domestic COVID-19 cases.

In an address from her office, Tsai said the Trade and Investment Framework Agreement talks, or TIFA, would include what she referred to as an "important" topic.

"That is to simplify the import and export process of vaccines and other medical supplies. This substantive cooperation will bring important help to our current epidemic situation. I have asked our negotiating team to go all out," Tsai said.

"If Taiwan's epidemic is brought under control and economic fluctuations are reduced, it will be a further contribution to the peace and prosperity of the Indo-Pacific region."

Taiwan is a major producer of semiconductors, a global shortage of which has reverberated around the world, though the island's domestic COVID-19 outbreak has not had a substantial impact on supplies.

Asked if the large number of doses the United States sent to Taiwan was intended as a quid pro quo to ensure access to semiconductor supplies, White House spokeswoman Jen Psaki told reporters: "There should not be that suggestion. I will note that they were being cut off from access to vaccines."

U.S. President Joe Biden's administration has said China has used access to vaccines for political coercion around the world, including "disgraceful" attempts to block democratic Taiwan's ability to purchase them.

China has denied that it tried to cut Taiwan off from buying vaccines from Germany's BioNTech SE, saying it was free to obtain the shots through Shanghai Fosun Pharmaceutical Group Co Ltd, which has a contract to sell BioNTech's vaccine in China, Hong Kong, Macau and Taiwan.

A further 410,000 doses of Moderna Inc's COVID-19 vaccine will arrive in Taiwan on Wednesday, Deputy Minister of the Interior Chen Tsung-yen said earlier on Tuesday, part of its direct order for 5.05 million doses from the company.

Only around 8% of Taiwan's 23.5 million people have received at least one of the two shot regimen against COVID-19, and the government has been under pressure to speed up deliveries of the millions of doses it has on order.

When asked if a government-run research centre is in talks with Moderna to make COVID-19 vaccines, Health Minister Chen Shih-chung said the government "will not give up any opportunity" and is currently reviewing its vaccine manufacturing capacity for international companies.

"We are reviewing related capacity, willingness and division of labour domestically. That will smooth things out in a negotiation," Chen told a daily news briefing, without giving details.

Taiwan's own domestic outbreak of the virus is being brought under control, but it remains wary about a handful of cases of the highly contagious Delta variant in southern Taiwan.

The island reported 54 new domestic infections on Tuesday, down from 60 a day earlier, marking the smallest daily rise since May 15, when the government raised the alert level for Taipei and its neighbouring city in the wake of a sudden spike of domestic cases.

(Reporting by Yimou Lee and Ben Blanchard in Taipei, Additional reporting by Andrea Shalal and Michael Martina in Washington; Editing by Jacqueline Wong)