By Crispian Balmer and Humeyra Pamuk

MATERA, Italy (Reuters) - G20 foreign ministers called on Tuesday for multilateral cures for global crises like the COVID-19 pandemic and climate emergency at their first face-to-face meeting in two years.

The one-day gathering in the heat-soaked southern city of Matera focused on how to improve cooperation and revive the world's economy following the pandemic and how to boost sustainable development in Africa.

"The pandemic has highlighted the need for an international response to emergencies that transcend national boundaries," Italian Foreign Minister Luigi Di Maio told his counterparts from the Group of 20 major economies.

The G20 members account for more than 80% of world gross domestic product, 75% of global trade and 60% of the population of the planet. Those in Matera included the top diplomats of the United States, Japan, Britain, France, Germany and India.

However, the foreign ministers of China, Brazil and Australia opted to follow the discussions by video link, while Russia and South Korea sent deputy ministers.

German Foreign Minister Heiko Maas said he regretted the absence of direct counterparts from Beijing and Moscow. "When you get together, you also have to talk to each other. We need dialogue with Russia and China," he said during a break.

Heading into the meeting, Maas said he would raise his unhappiness at the way he thought China and Russia had offered COVID vaccines to boost their standing with certain countries.

"(This) is not about achieving short-term geostrategic advantages," he said.

U.S. Secretary of State Antony Blinken reiterated the need to deliver many more vaccines to poorer countries, which have so far received far fewer doses than wealthy nations.

"To bring the pandemic to an end, we must get more vaccines to more places," he said, adding that the G20 would help low-income countries address "significant debt vulnerabilities' that had been exacerbated by the coronavirus.

Blinken was due to fly back to Washington later on Tuesday, ending a tour of Germany, France and Italy, during which he has underlined the desire of President Joe Biden's administration to embrace international cooperation, in contrast to previous President Donald Trump, who touted an "America First" message.

"We need to cooperate, and we need to do it effectively. Multilateralism is what makes that possible," Blinken said in his remarks to the conference, surrounded by plexiglass sheeting to prevent any possible infection from fellow delegates.

Italy, which is home to the U.N. food and agriculture agencies, pushed the importance of global food security and nutrition during the meeting and announced it would hold an additional 2-day summit dedicated to Africa in October.

"I believe that the G20 has a duty to support Africa in getting out of this difficult period and into a phase of sustained and sustainable growth," Di Maio told reporters.

Given the broad range of countries in the G20, getting agreement can be difficult, but hosts Italy said there was gathering consensus on a few core issues.

"Beyond the differences and divisions of some countries at the G20 table, we all agree that on climate change we have to cooperate. And even where there are differences, we must try with all our might to tackle climate disruption together and make our societies sustainable," Di Maio said. 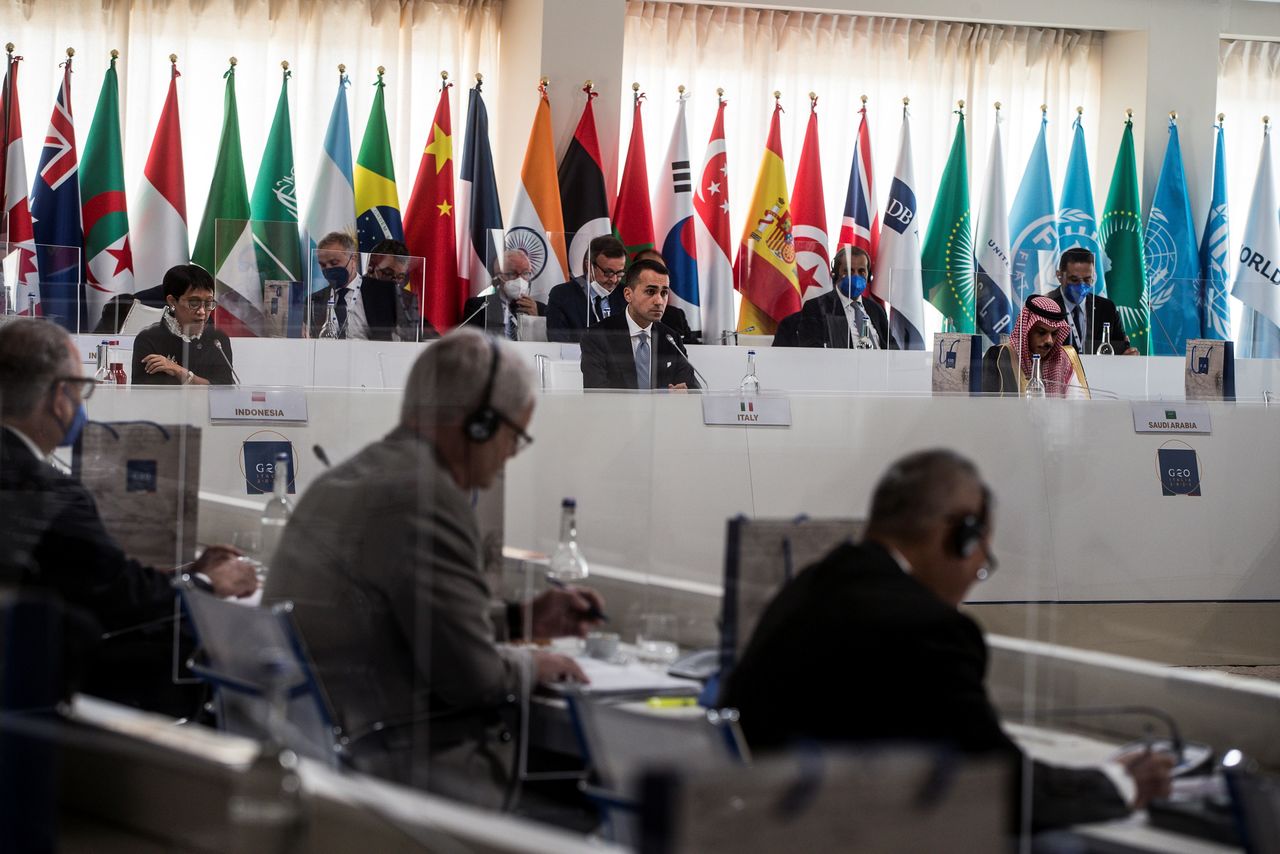 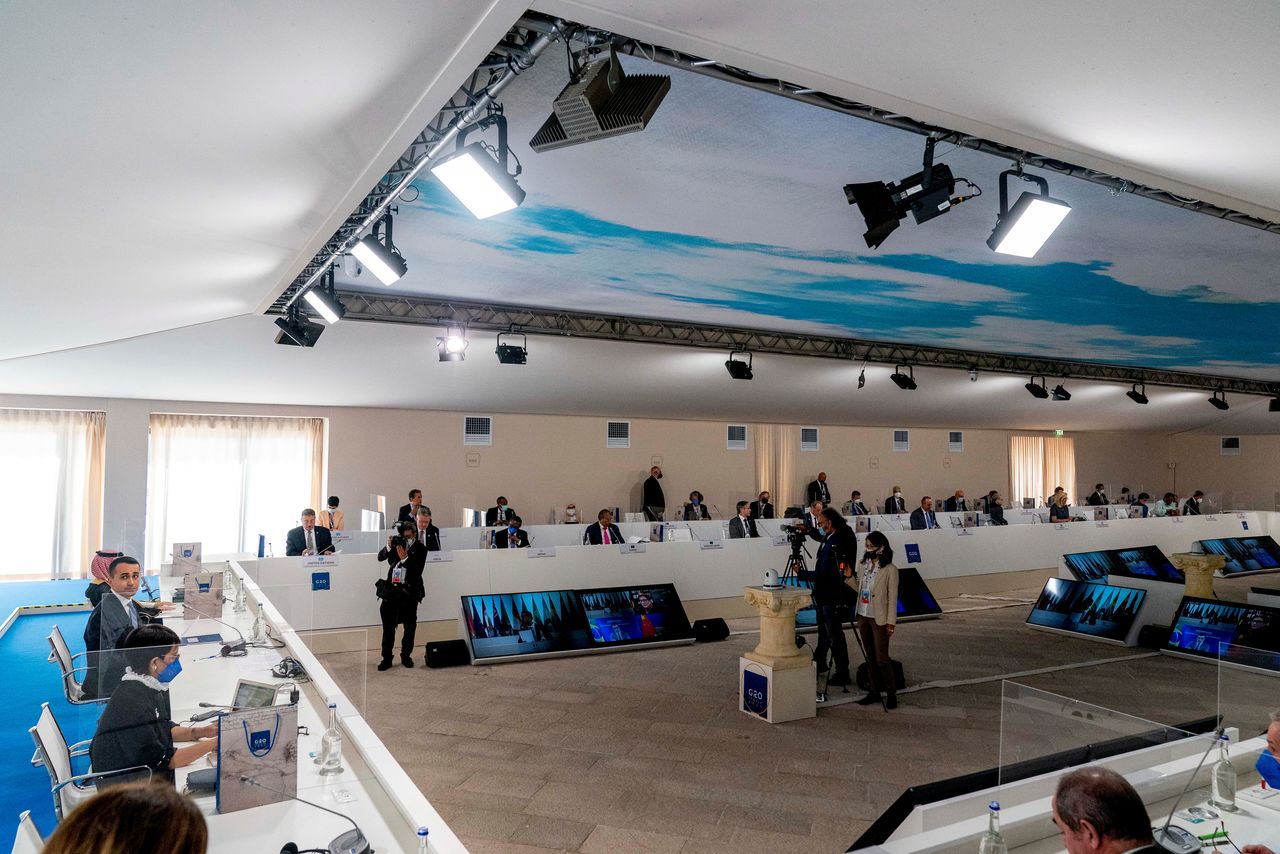 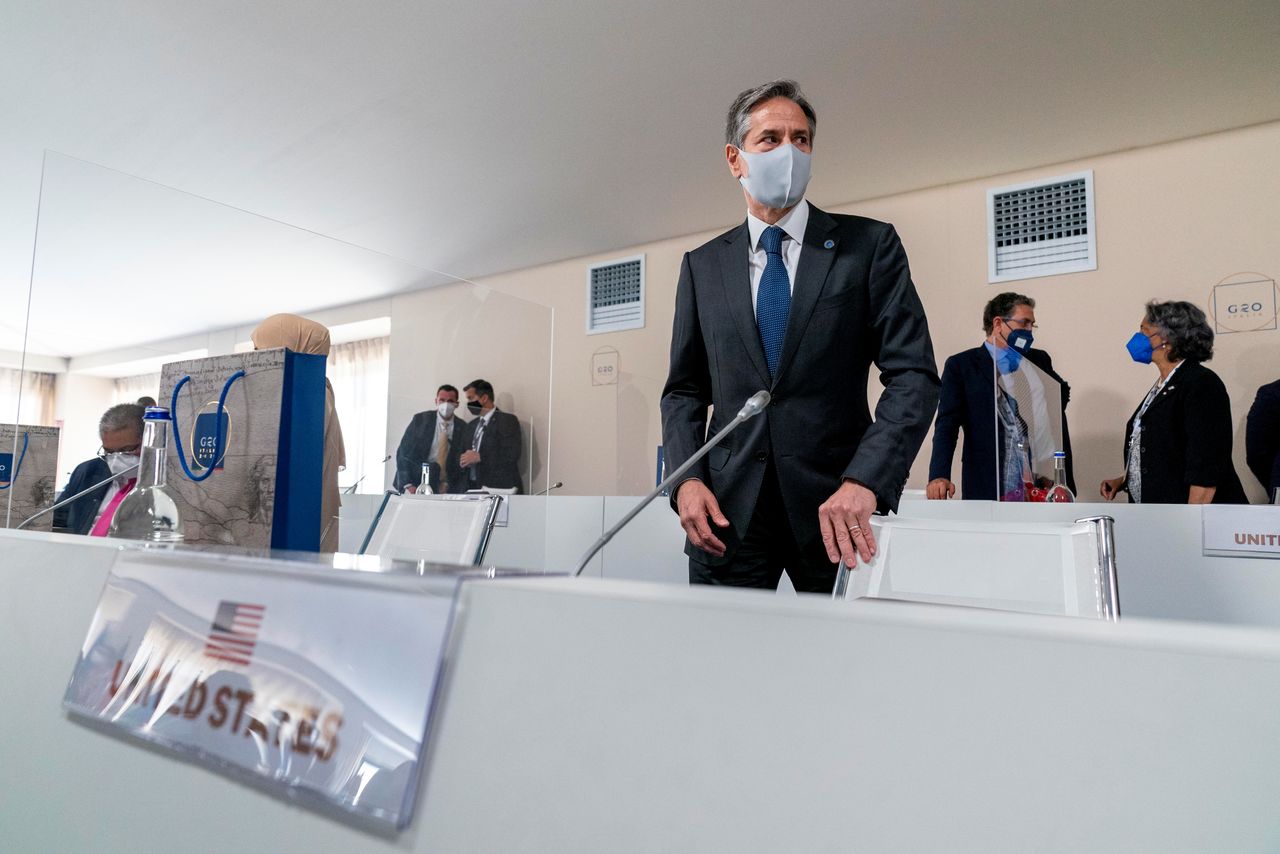 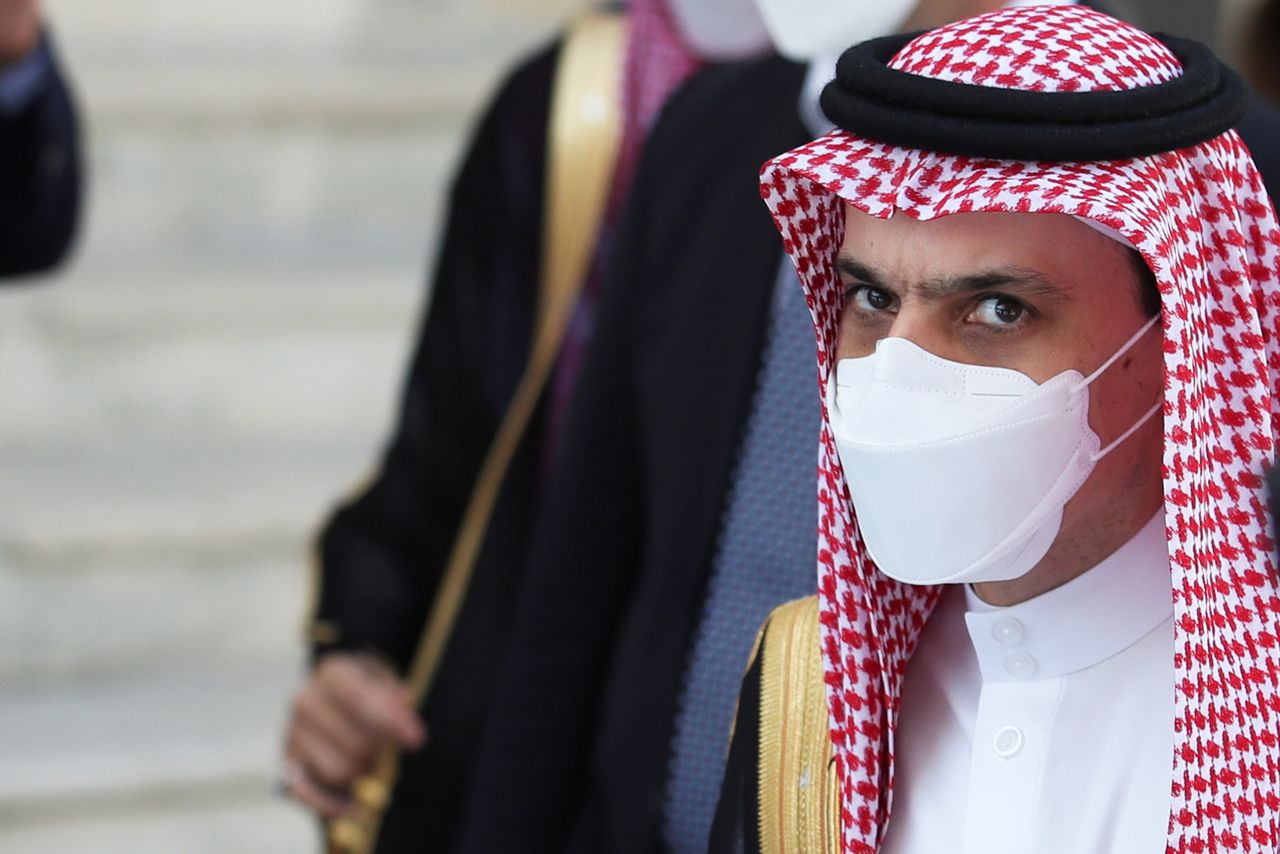 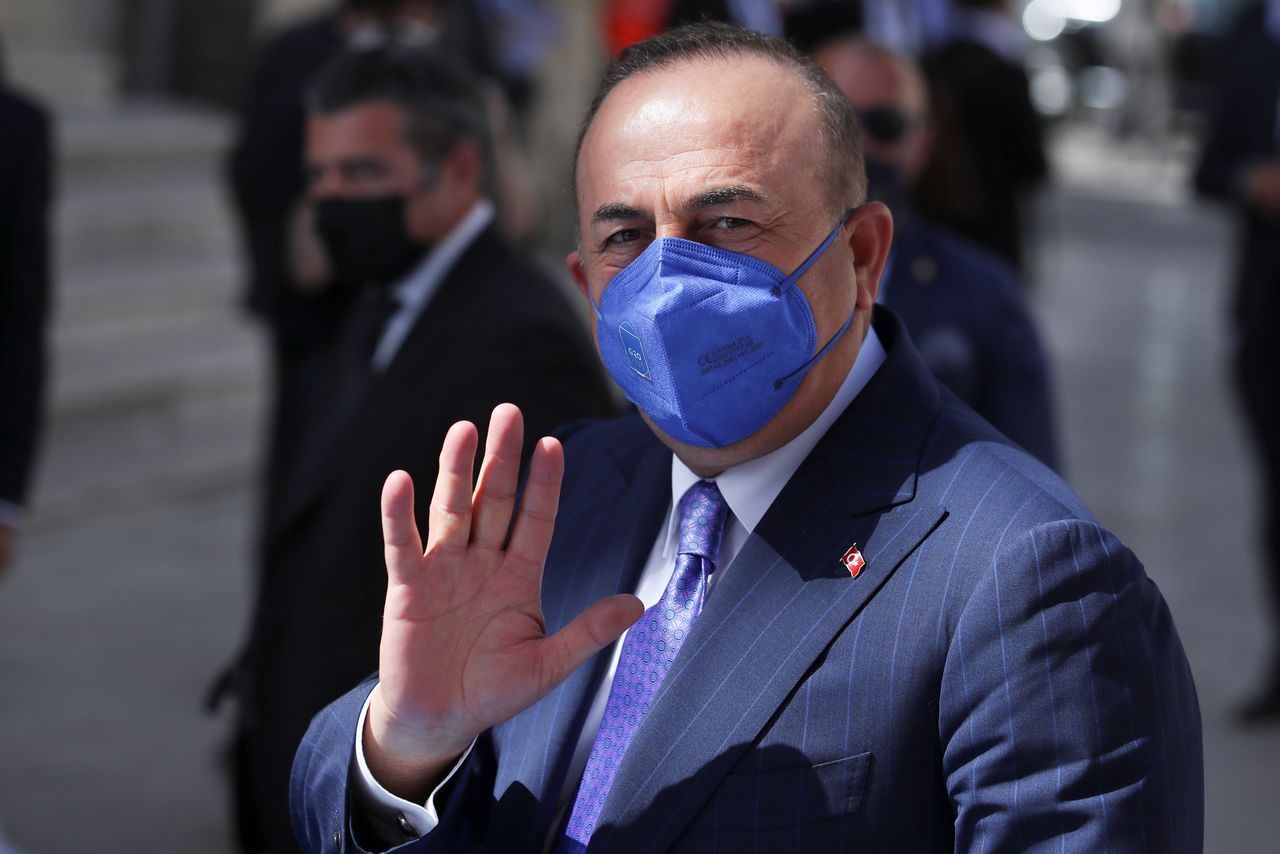