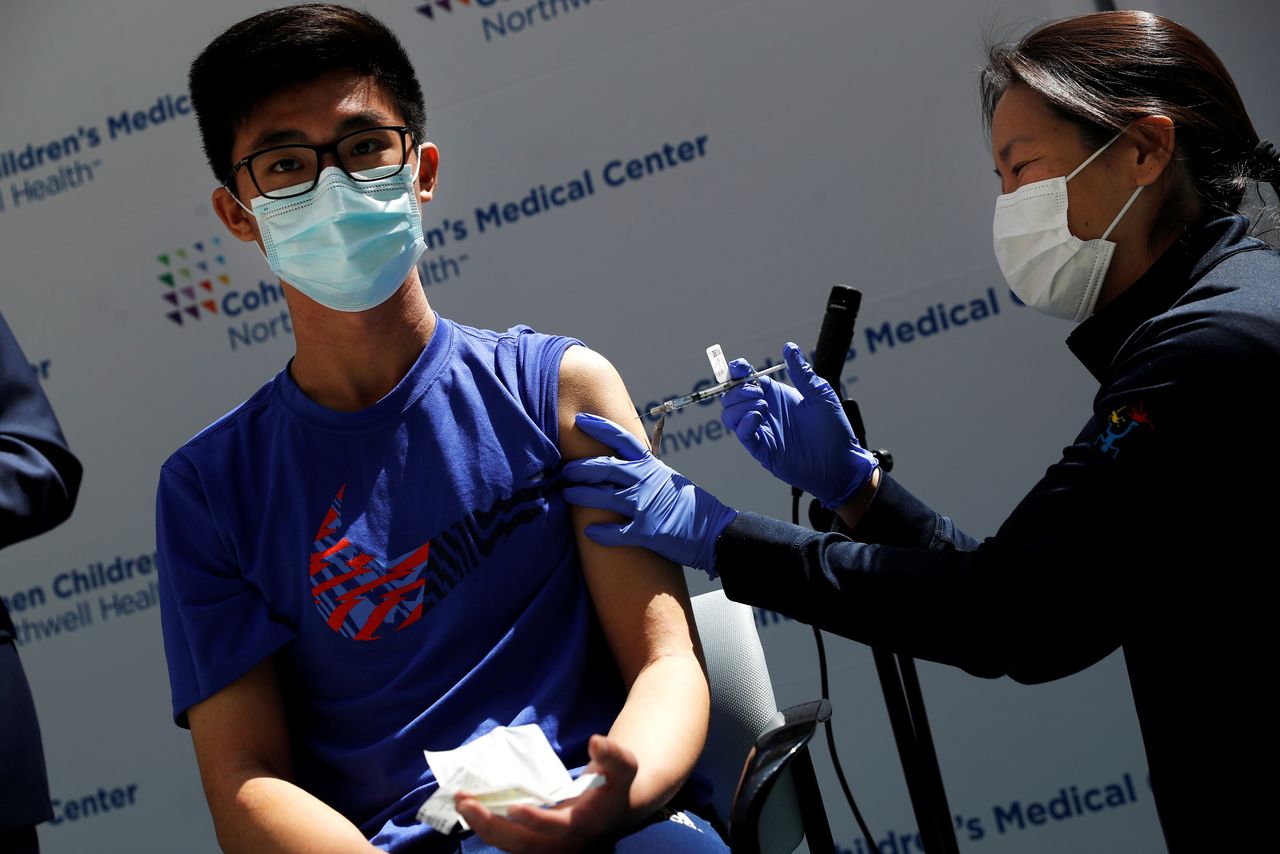 (Reuters) - Moderna is seeking a green light for using its COVID-19 vaccine for teens as young as 12 in the EU, United States and Canada, as Pfizer - whose shot is already being administered - plans tests on even younger children.

Novavax could start trials on its shot for children by July, while China has already approved Sinovac's jab for emergency use in children as young as three.

But as many parts of the world still await doses for more vulnerable people, the World Health Organisation has urged wealthy countries to donate their surplus doses to poorer countries instead.

The following is a list of some countries that have approved or are considering vaccinating children:

* France has started vaccinating those from 12 years upwards, provided they have parental consent.

* Germany's vaccine advisory committee recommended on June 10 that only children and adolescents with pre-existing conditions should be given Pfizer's vaccine.

* Austria aims to have over 340,000 children aged 12-15 vaccinated by the end of August, according to news site Vindobona.

* Estonia could start vaccinating teenagers by the autumn, public broadcaster ERR reported, citing the head of the government's COVID-19 council.

* Hungary started vaccinating 16 to 18-year-olds in mid-May, according to Xinhua news agency.

* Italy on May 31 approved extending the use of Pfizer's vaccine to 12-15 year olds.

* Spain plans to start vaccinating children between 12 and 17 years old around two weeks before the academic year starts in September, the health minister said.

* Britain's vaccines committee will not make a decision on vaccinating teens until July, the Independent reported, though the country's regulator has already approved Pfizer's shot for 12- to 15-year olds.

* Switzerland approved on June 4 vaccinating 12 to 15-year-olds with Pfizer's shot, ahead of the country's plan to start inoculating younger people starting as early as July.

* Norway may consider the Pfizer vaccine for children who have a high risk of becoming seriously ill with COVID-19, VG newspaper reported.

* With the Delta variant driving cases up, Israel is urging vaccination for all children aged 12-15, after eligibility was extended to this age group in May.

* Dubai has started offering the Pfizer-BioNTech vaccine to 12 to 15-year-olds, after the United Arab Emirates approved the shot for emergency use for the same age group in mid-May.

* China on June 5 approved emergency use of Sinovac's vaccine for those between three and 17.

* Hong Kong said on June 3 it would open its vaccine scheme to children over the age of 12.

* Singapore opened up its vaccination programme to adolescents aged 12-18 from June 1.

* Japan on May 28 approved the use of Pfizer's vaccine for those aged 12 and above.

* The Philippines on May 26 decided to allow the Pfizer-BioNTech's vaccine for emergency use in children aged 12-15.

* Mexico on June 24 approved Pfizer's vaccine for use in children aged 12 and older.

* Brazil on June 11 approved use of Pfizer's vaccine for children over 12.

* Chile has approved use of Pfizer's vaccine for 12 to 16-year-olds.

* Canada in early May approved use of Pfizer's vaccine for use in children aged 12-15.