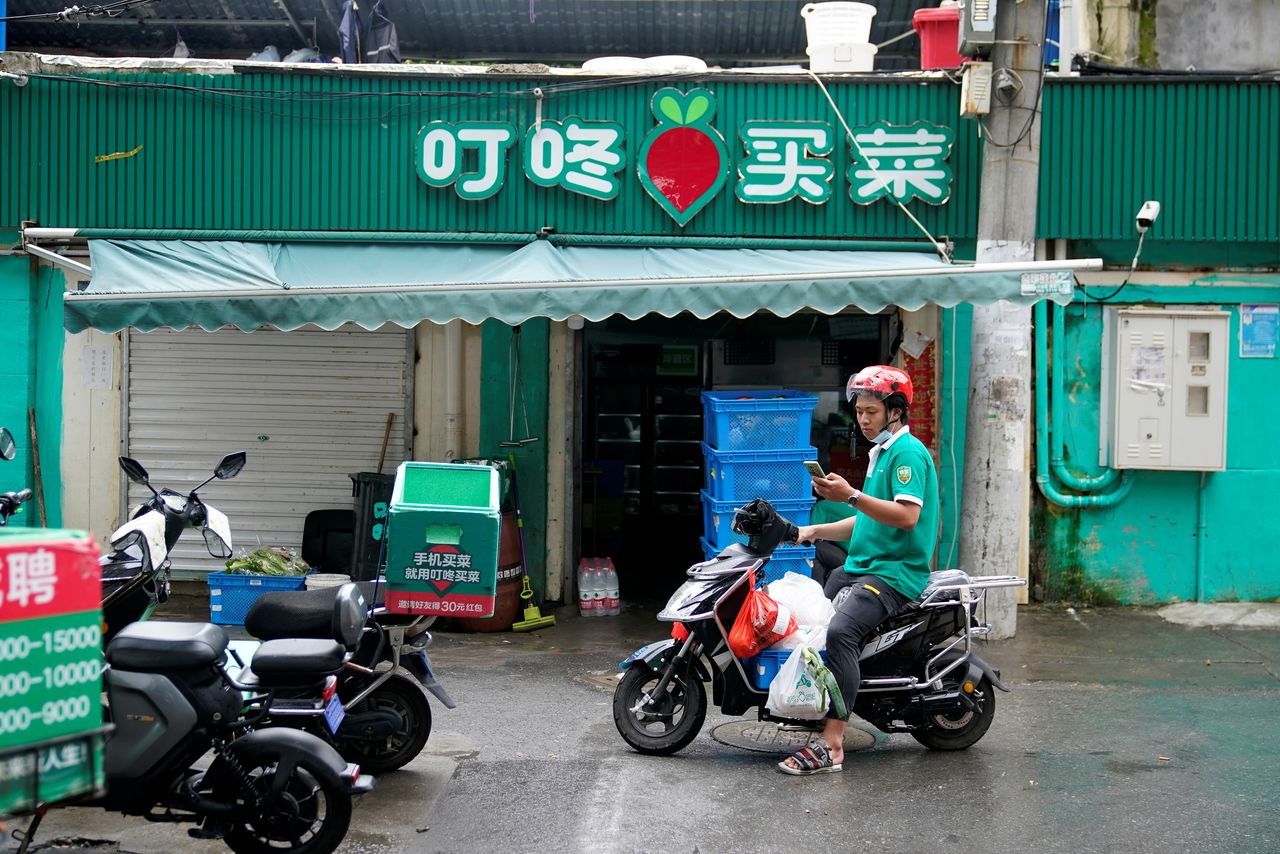 A delivery worker of Chinese online grocery Dingdong Maicai works at a shop on a street in Shanghai, China June 10, 2021. REUTERS/Aly Song/Files

(Reuters) - Shares of Dingdong, backed by SoftBank Vision Fund II, opened 19% above their offer price in their debut on the New York Stock Exchange on Tuesday, giving the Chinese grocery app a valuation of $6.6 billion.

The stock opened at $28 per share, up from the initial public offering price of $23.50. At that valuation, Dingdong would be worth 29% more than the $5.1 billion it was valued at after the Japanese conglomerate invested in it last month.

Earlier, the company raised $95.7 million, selling more than 4 million American depositary shares. The pricing was at the lower end of a range announced earlier.

The IPO size was slashed to almost a fourth of Dingdong's initial target, indicating a lukewarm response from investors despite a sustained mania for new listings in the United States.

(Reporting by Niket Nishant in Bengaluru; Editing by Ramakrishnan M.)