TOKYO (Reuters) - Japan is considering an extension of two weeks to a month for coronavirus prevention measures in Tokyo and other areas, Japanese media said on Wednesday, with less than a month left until the opening of the summer Olympics.

Japan's capital and other areas are under a 'quasi' state of emergency set to be lifted on July 12, but a recent uptick in infections has officials concerned and could affect the number of spectators allowed into Olympics venues.

As Tokyo's infections rose to 714, their highest since May 26, the Mainichi Shimbun daily said the government was considering the extension that would overlap with the Olympics, due to open on July 23 after a year's delay over the pandemic.

"The number of new infections has remained low in many regions, but it's on a rising trend in Tokyo," Prime Minister Yoshihide Suga told a ministerial meeting on the government's coronavirus response.

"We intend to implement (existing) steps thoroughly and introduce necessary measures in a timely manner, while carefully watching the situation," Suga said, without elaborating further.

The 'quasi' state of emergency caps spectators at 5,000. Olympics organisers have said spectators will be allowed up to half of venue capacity or a maximum of 10,000, though foreign spectators have been banned.

Media said Tokyo governor Yuriko Koike would work from home for an indefinite period after her release early on Wednesday from hospital, where she had been recovering from fatigue.

Tokyo has decided to move off public roads the first half of the 15-day Olympic torch relay scheduled for the capital.

Officials have pledged a "safe and secure" Games but face persistent resistance from a substantial part of the public, its worries fanned over two Ugandan delegates who tested positive after arrival in Japan.

Public broadcaster NHK said the government was drawing up measures for all foreign athletes in regional training camps ahead of the Olympics to halt training and quarantine in their rooms if one of their group tests positive.

This measure will continue until all have had a negative virus test, NHK added, without identifying its sources.

Tokyo 2020 organisers said in an email those testing positive at the airport would be quarantined and authorities in host areas would decide how to categorise "close contacts".

Organisers also told Reuters that athletes who are nursing mothers would be allowed to bring their children to the Tokyo Olympics when necessary.

They have barred family members of athletes from attending the Games due to COVID-19 safety protocols, prompting some athletes to complain that they were being forced to choose between the Games and their young children.

"... after careful consideration of the unique situation facing athletes with nursing children, we are pleased to confirm that, when necessary, nursing children will be able to accompany athletes to Japan," organisers said.

Even in the "most optimistic scenario", Tokyo's daily new cases could reach 1,000 in July, and 2,000 in August, fuelled by greater travel activity during the Games, university researchers and the National Institute of Infectious Diseases project.

If infections accelerate during or after the Games, Tokyo's hospital bed usage could hit its limit in August, they added. 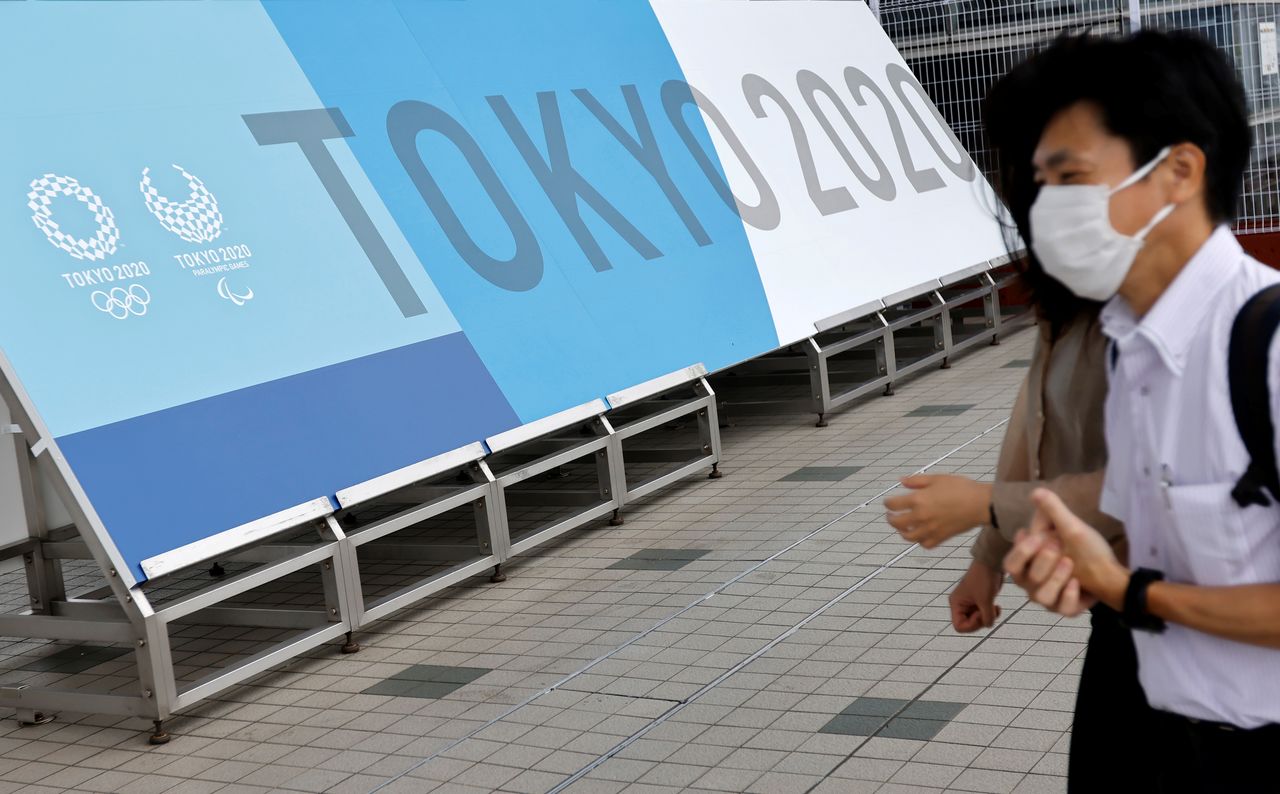 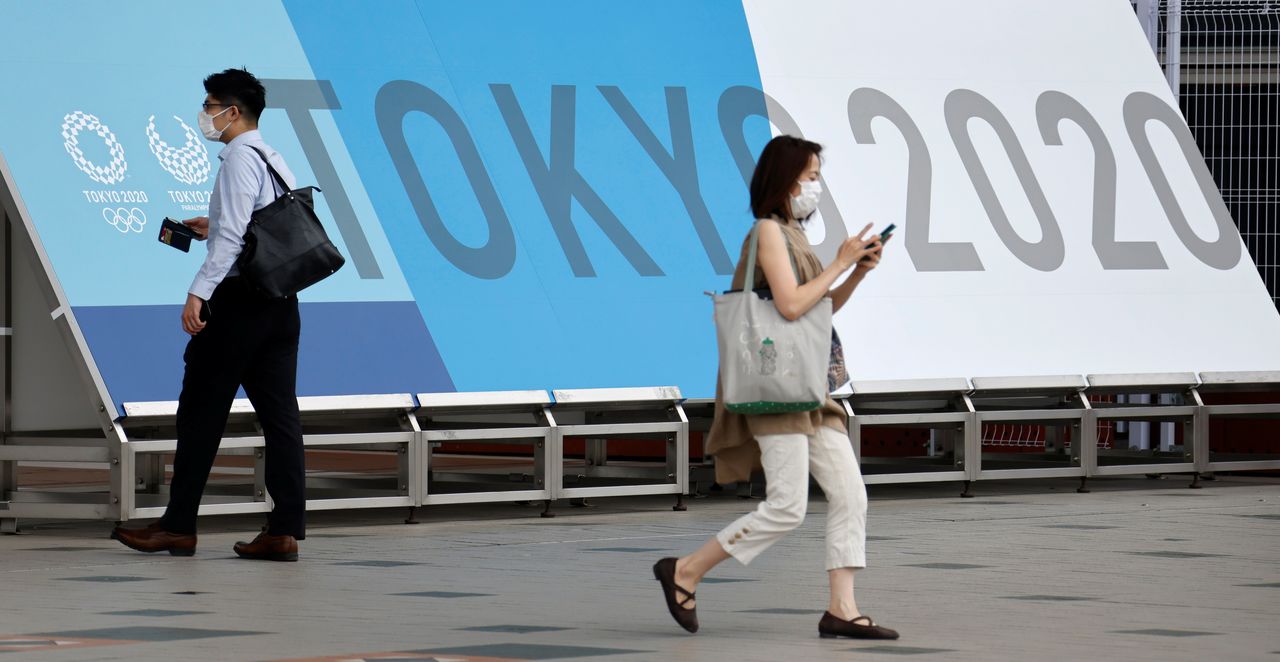 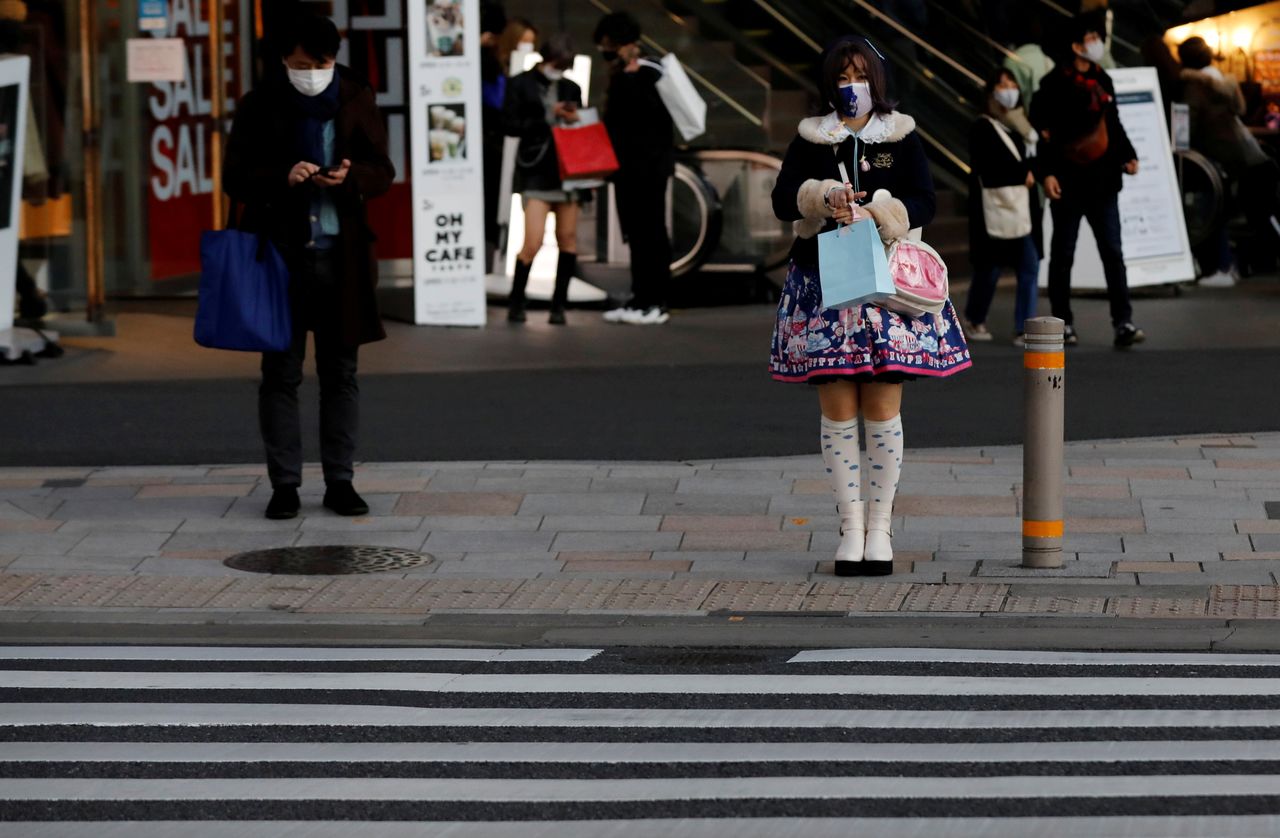 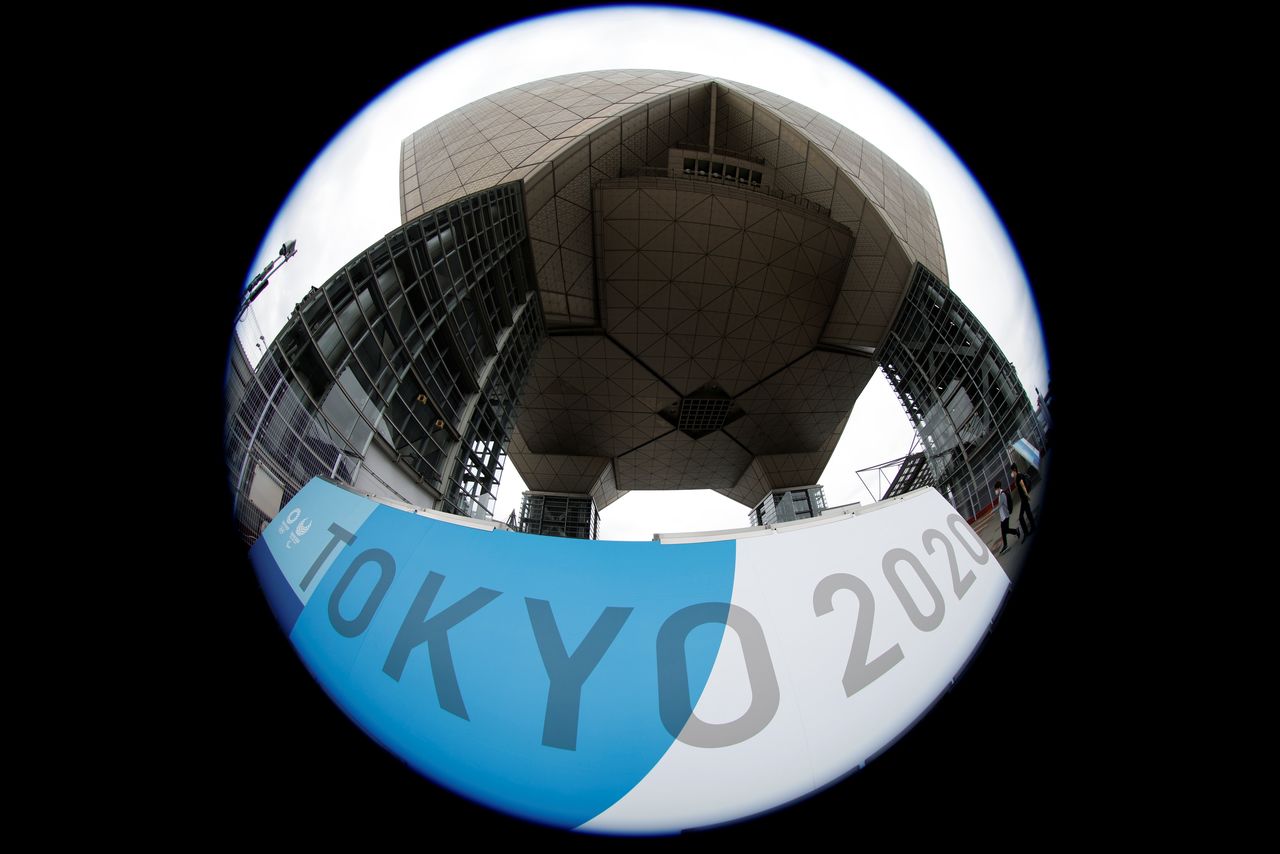 People walk past a sign for the 2020 Tokyo Olympic Games that have been postponed to 2021 due to the coronavirus disease (COVID-19) pandemic, at the IBC/MPC media center at Tokyo Big Sight exhibition center in Tokyo, Japan June 30, 2021. Picture taken with a fish-eye lens. REUTERS/Fabrizio Bensch