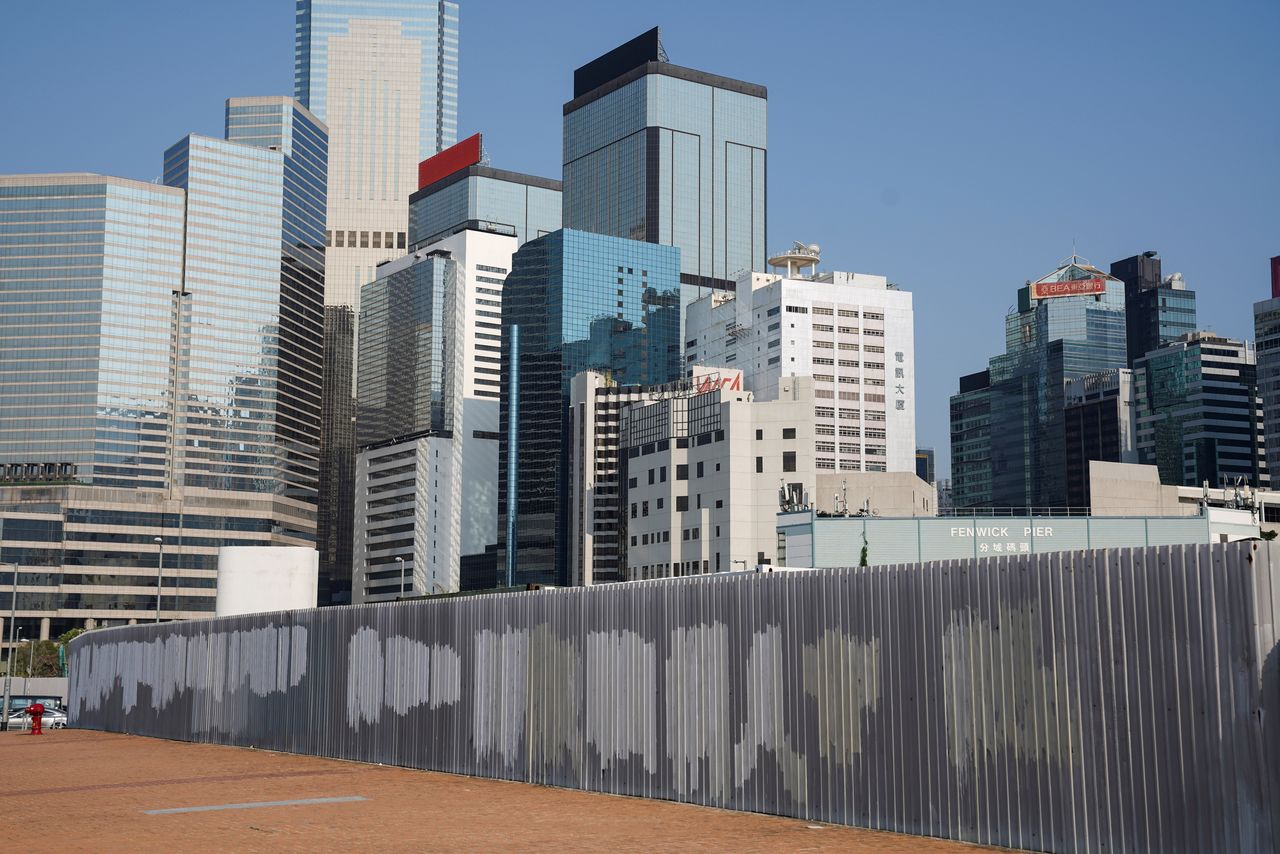 FILE PHOTO: Graffiti has been removed off a fence in Hong Kong's financial district, the site of many 2019 protests, Hong Kong, China, April 23, 2021. REUTERS/Lam Yik

By Pak Yiu and Anand Katakam

On June 30, 2020, Beijing imposed the security law in Hong Kong following months of often-violent pro-democracy protests, effectively ending the unrest. The law punishes acts which China considers as subversion, secession, terrorism and collusion with foreign forces with up to life in prison.

It entered into force as soon as it was published, just before midnight ahead of the July 1 anniversary of the former British colony's return to Chinese rule in 1997.

Critics of the legislation, including some Western governments and rights groups, say it has been used to crush dissent. Its supporters say it was vital to plug national security "loopholes" exposed by the 2019 protests.

In response to questions from Reuters, Hong Kong's Security Bureau said the security law has "stopped chaos and restored order," and that those arrested represent "a very small number of the population," which it calculated at "about 0.0016%".

"We would like to emphasise that any law enforcement actions ...are based on evidence, strictly according to the law," a spokesman for the bureau said.

The actions had "nothing to do with their political stance, background or profession," he said.

Police said the youngest among the 117 was 15 at the time of the arrest, the oldest 79.

Ten people were arrested on July 1 under the new law, during a protest against the legislation. The trial of Tong Ying-kit, who is accused of driving a motorbike into police officers while carrying a flag with a protest slogan, started last week after courts denied him bail and a jury, in line with the new law's provisions.

Tong, the first person arrested under the legislation, faces charges of terrorism and inciting secession, as well as an alternative charge of dangerous driving. He pleaded not guilty to all charges.

The biggest sweep under the new law was in January, when more than 50 democratic activists and politicians were arrested in relation to an unofficial primary vote which the opposition organised independently to select their best candidates for a since-postponed election. Authorities say that vote was a "vicious plot" to subvert the government.

Of these, 47 were charged with conspiracy to commit subversion on Feb. 28 and most of them were denied bail soon after and remain in detention.

The highest profile arrest was that of media tycoon and ardent Beijing critic Jimmy Lai in August 2020. Regarded as a "traitor" by Beijing and accused of colluding with foreign forces, Lai was charged months later. He is in prison serving several sentences for unauthorised assemblies related to the 2019 protests.