Renault revives models of the past for an electric future 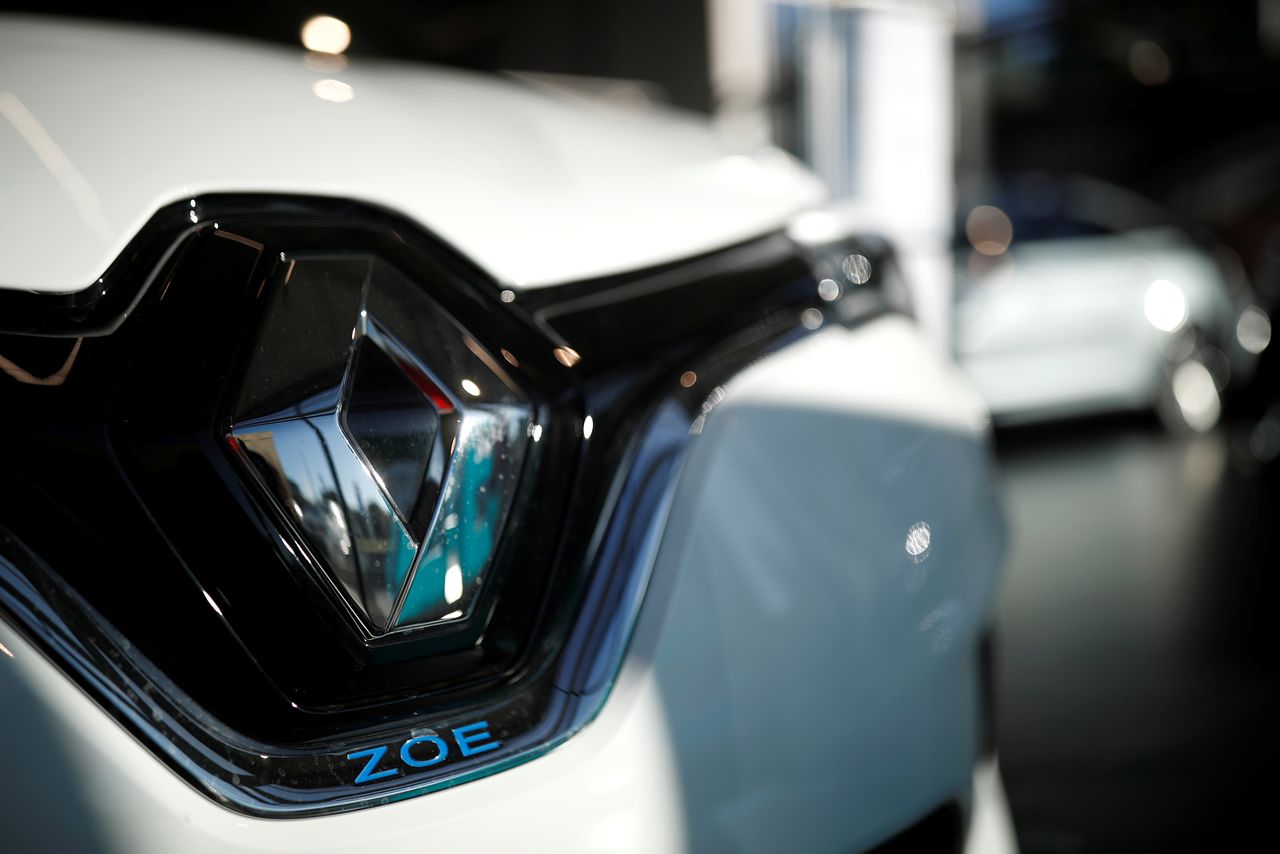 PARIS (Reuters) -Renault unveiled a more ambitious strategy for electric vehicles (EVs) on Wednesday, betting on new, affordable versions of its iconic small cars of the past to catch up with Volkswagen in the fast-growing sector.

The French carmaker's Chief Executive Luca de Meo said it would launch 10 new EVs by 2025 and that all-electric vehicles would account for up to 90% of its models by 2030, dropping its reliance on hybrids to hit the target under a previous plan.

Renault is betting that an electric version of its classic Renault 5 compact car, which was discontinued in the 1990s, will capture the imagination of today's drivers when it goes on sale in the first half of 2024.

At a live-streamed presentation on Wednesday, the company also offered a fleeting glimpse of its new electric "4ever". Two sources close to the company said it was a revival of the Renault 4 hatchback which went out of production last century.

"Today is an historic acceleration of Renault Group's EV strategy," de Meo said in a statement.

De Meo said that new, purpose-built electric car platforms and a cluster of production sites in northern France would allow Renault to deliver EVs at a lower cost.

The first of its new EVs will be the MeganE hatchback which is due to go on sale in the first half of 2022.

By 2030, Renault and its alliance partners, Nissan and Mitsubishi, will be producing one million EVs globally a year, up from the 200,000 they made in 2020, the French carmaker said.

Tesla, the world's most valuable carmaker, is already close to hitting that target, with sales of between 840,000 and one million EVs projected for this year.

Renault's Zoe model, the biggest-selling battery electric car in its segment in Europe for years, is losing ground to models such as Volkswagen's ID.3 compact electric car.

Figures from database EV-Volumes.com showed Volkswagen's share of the EV market in Europe soared to 25% last year from 14% in 2019, overtaking the Renault-Nissan-Mitsubishi alliance, whose share shrank to 19% from 23% in 2019.

In the first quarter of 2021, Renault's share fell further to 15%, tying with Tesla for third place behind Volkswagen on 21% and Stellantis on 17%, EV-Volumes.com data showed.

De Meo, a former Volkswagen executive who turned the German automaker's Seat brand around, has been tasked with helping Renault turn a new page after a troubled spell.

Former boss Carlos Ghosn was ousted and arrested in Japan in 2018 on charges of financial malpractice, which he denies. Ghosn left behind a sprawling model range with low margins and Renault racked up heavy losses when global demand for cars fell.

De Meo's turnaround plan - which he calls a "Renaulution" - is to lay off thousands of workers, cut the model range and improve cooperation between alliance partners on production.

Renault said this month it would combine three of its plants in northern France into a new legal entity, Renault ElectriCity, that will produce 400,000 vehicles a year by 2025.

The company has previously said it will use purpose-designed vehicle platforms, known as CMF B-EV and CMF A, to produce small and affordable EVs.

It said on Wednesday that the CMF B-EV platform would allow it to produce a vehicle at two-thirds of the cost of making the Zoe model now.