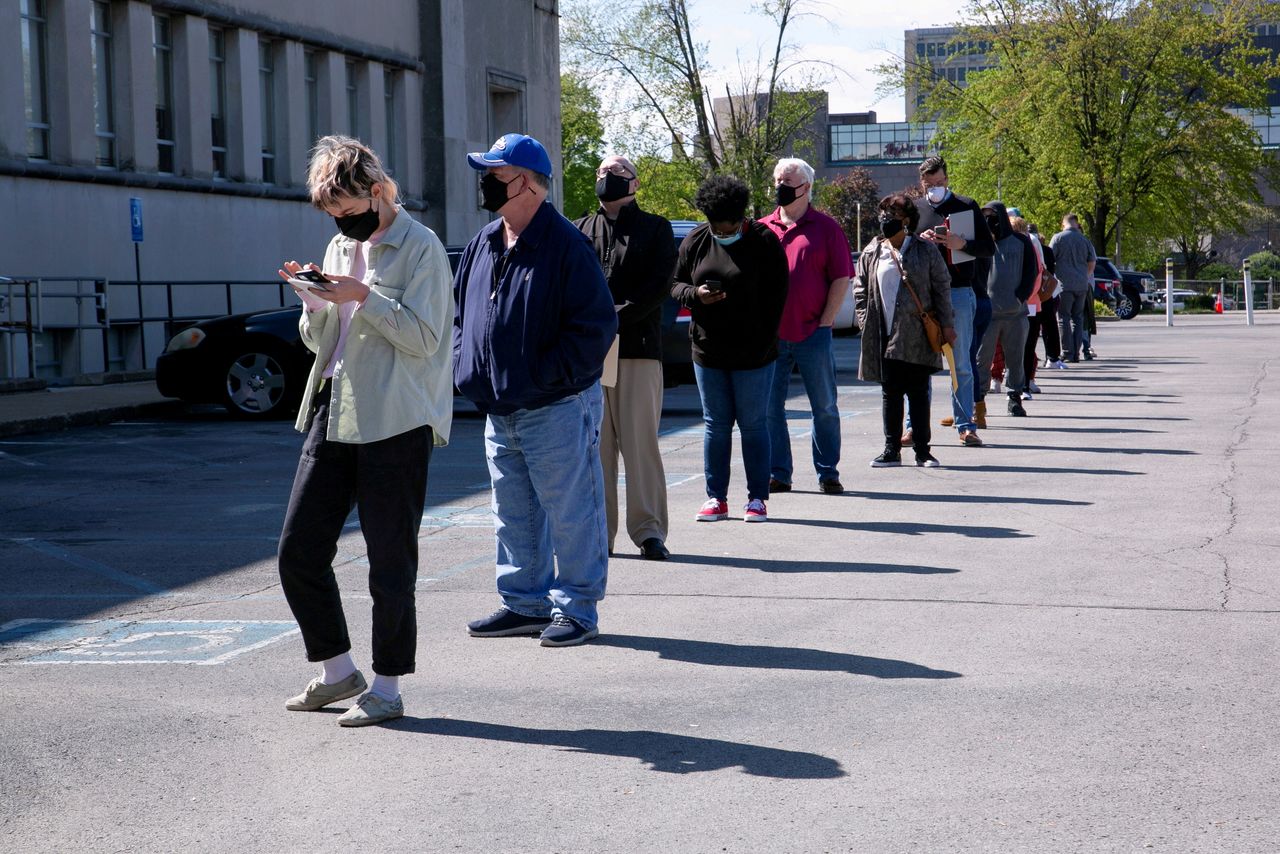 WASHINGTON (Reuters) - U.S. private payrolls increased more than expected in June as companies rushed to boost production and services amid a rapidly reopening economy, though a shortage of willing workers continues to hang over the labor market recovery.

The ADP National Employment Report on Wednesday showed hiring in the leisure and hospitality sector accounting for nearly half of the increase in private payrolls this month. Manufacturing payrolls growth slowed, likely reflecting labor shortages as well as scarce raw materials. A global shortage of semiconductors is hampering production of motor vehicles and some household appliances.

"The labor market is continuing to heal," said Rubeela Farooqi, chief U.S. economist at High Frequency Economics in White Plains, New York. "Job growth is expected to pick up on a broader reopening, but timing is uncertain given it is unclear how quickly supply constraints will ease."

Private payrolls increased by 692,000 jobs in June. Data for May was revised lower to show 886,000 jobs added instead of the initially reported 978,000. Economists polled by Reuters had forecast private payrolls would increase by 600,000 jobs.

More than 150 million Americans have been fully vaccinated against COVID-19, allowing authorities to remove pandemic-related restrictions on businesses and mask mandates for the inoculated.

Employment gains in June were evenly spread among small, medium and large companies, indicating that the economy's recovery from the pandemic was broadening in scope.

Leisure and hospitality payrolls increased by 332,000 jobs and there were solid gains in education and health services. Factories added only 19,000 jobs, below the monthly average 43,000 jobs in the past three months.

Hiring at construction sites increased by 47,000 jobs. The sector is being underpinned by strong demand for housing, thanks to historically low mortgage rates and a shift to home offices during the pandemic.

A separate report from the National Association of Realtors on Wednesday showed contracts to buy previously owned homes rebounded 8% in May. But the housing market is grappling with a severe shortages of homes for sale, which is driving up prices well beyond the reach of some first-time buyers.

Applications for loans to buy a home fell last week, the Mortgage Bankers Association said in another report. Home purchase loans were down 17.3% compared to same period last year.

Stocks on Wall Street were mixed. The dollar gained versus a basket of currencies. U.S. Treasury prices rose.

The ADP report is jointly developed with Moody's Analytics and was published ahead of the Labor Department's more comprehensive and closely watched employment report for June on Friday. But it has a poor track record predicting the private payrolls count from the Bureau of Labor Statistics because of methodology differences.

The ADP report has in recent months overestimated the private payroll gains reflected in the BLS data after understating that growth through much of the jobs recovery, which started in May 2020.

"It remains difficult to use the ADP data to accurately predict the BLS data," said Daniel Silver, an economist at JPMorgan in New York.

The economy created 559,000 jobs in May. A shortage of willing workers is frustrating efforts to ramp up hiring. There were a record 9.3 million job openings as of April.

The precise cause of the labor crunch is a matter of fierce - often political - debate. Economists generally point to several factors, among them the unusually generous unemployment benefits, including a weekly $300 subsidy from the federal government, that were part of the Biden administration's pandemic relief package.

A lack of child care facilities as some centers which shut during the pandemic never reopened, is also keeping some parents home, and there is also indication that some workers remain worried about the health risks of returning to work.

At least 26 states mostly led by Republican governors are terminating federal government-funded unemployment benefits before the Sept. 6 expiration date. No evidence has emerged so far that the early terminations, which started on June 12 and will run through July 31, are pulling the unemployed into jobs, although the rolls of those receiving benefits is shrinking faster in those states.

A survey by job search engine Indeed https://www.hiringlab.org/2021/06/29/indeed-job-seeker-survey-june-2021 found that while the vast majority of unemployed indicated they would like to start looking for work in the next three months, many did not express a sense of urgency. It showed rising vaccinations, shrinking savings and the opening of schools in the fall will be key catalysts.

About 9.3 million people are officially classified as unemployed. Job growth could, however, surprise on the upside this month. The Conference Board's survey of consumers showed households extremely upbeat in their views of the labor market.

The survey's so-called labor market differential, derived from data on respondents' views on whether jobs are plentiful or hard to get, surged in June to the highest level since 2000.