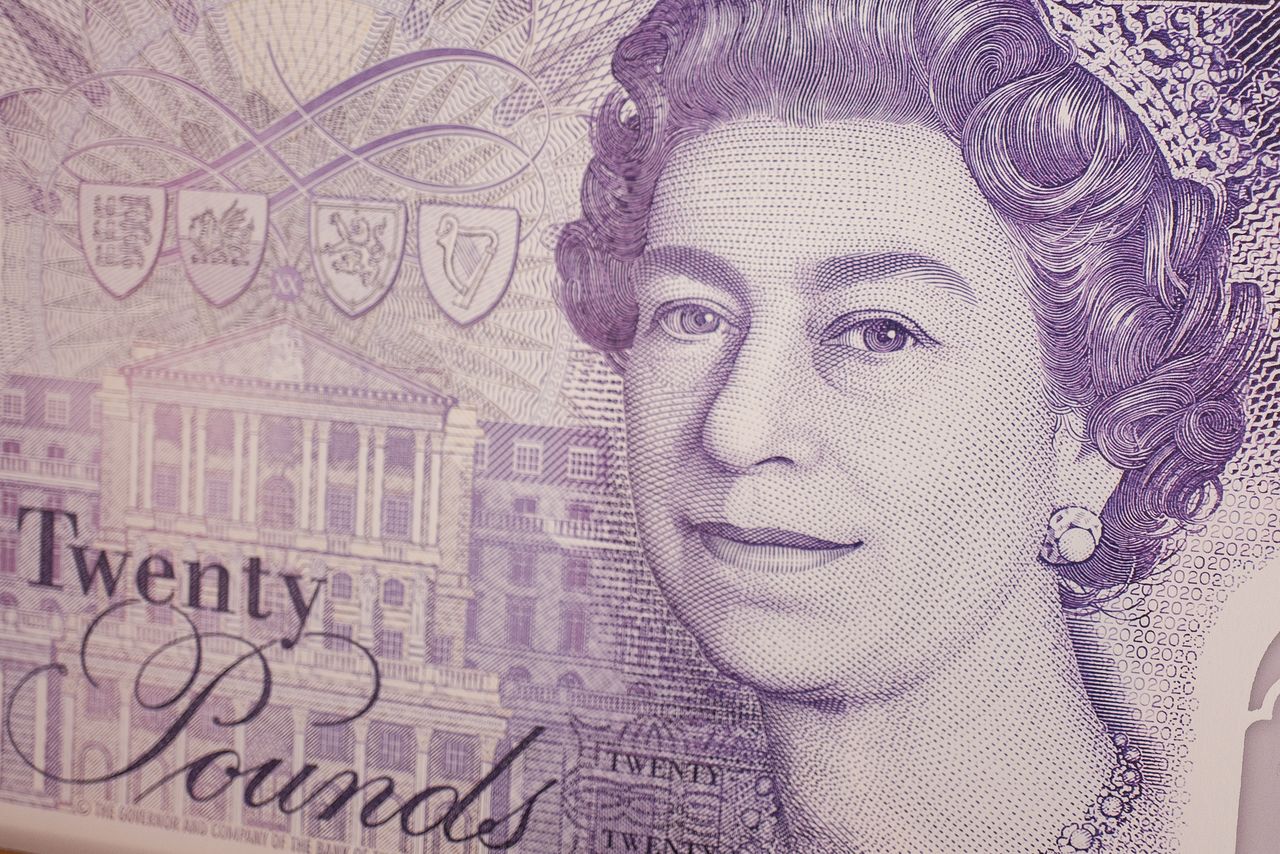 FILE PHOTO: Some of the artwork details are seen on a large scale sample of the new twenty pound note during the launch event at the Turner Contemporary gallery in Margate, Britain, October 10, 2019. Leon Neal/Pool via REUTERS

LONDON (Reuters) - British stocks, bonds and the pound are expected to enjoy more inflows in the coming quarters, BofA said on Wednesday, with the country's net portfolio balance recording a 120-billion-pound inflows in the first quarter, the largest since 2008.

Britain's current account deficit narrowed to 12.83 billion pounds ($17.8 billion) in the first quarter. BofA says the balance is distorted by Brexit aftershocks and impact on trade balance, but that the deficit should start to recede in the second-half of the year.

Britain's rapid COVID-19 vaccine rollout in the opening months of 2021 boosted the appetite from investors who had largely shunned UK stocks since the 2016 referendum, betting Britain will rebound more swiftly than its counterparts in Europe.

Though some of that sheen around British assets has worn off on concerns that a resurgence of coronavirus cases in Britain and Europe might darken the prospects of a swift economic recovery in the coming months, investors broadly remain upbeat.

"Trend looks favourable over coming quarters which should help GBP," BofA added. Sterling is on track for its fourth consecutive quarter of gains - the longest streak since 2017.