(Reuters) -Didi Global Inc shares ended their first day of U.S. trading slightly over their initial public offering (IPO) price, valuing the ride-hailing giant at $68.49 billion in the biggest U.S. listing by a Chinese company since 2014.

The stock market debut vindicated Didi's decision to moderate its valuation expectations, after investors raised concerns over the pace and profitability of its expansion in new services and foreign markets. Reuters reported in March that Didi was hoping the IPO could value it at as much as $100 billion.

SoftBank-backed Didi's stock opened at $16.65, significantly higher than its $14 IPO price. The shares slid in the early afternoon after reaching an $18 high.

Didi had priced an upsized offering of 316.8 million American depositary shares at the upper end of its $13 to $14 range, raising $4.4 billion.

Didi is the latest in a string of Chinese companies seeking to capitalize on the frothy valuations of the U.S. stock market. About 29 Chinese firms raised $7.6 billion in U.S. IPOs in the first six months of the year, according to Refinitiv data. This is despite the ongoing economic tensions between the United States and China, as well as U.S. concerns over the quality of the auditing of Chinese companies' financial statements.

"All of the major Chinese internet companies are under much more scrutiny now than they've been in the past. It's just a risk for the sector," said Kathleen Smith, a principal at Renaissance Capital in Greenwich, Connecticut.

Didi, which is also backed by technology investment giants Alibaba, Tencent and Uber, was founded in 2012 by Cheng Wei as Didi Dache, a taxi-hailing app. It merged with peer Kuaidi Dache to become Didi Kuaidi and was later renamed Didi Chuxing.

Chief Executive Cheng, who was born in 1983 in a small town in the southeastern province of Jiangxi and once worked as an assistant to the head of a foot massage firm, was worth $1.2 billion prior to Didi's market debut, according to Forbes.

Cheng got the idea for a ride-hailing platform on a freezing winter night in Beijing when he had trouble getting a taxi.

SoftBank is Didi's largest investor with a 20.2% stake. Tencent holds 6.4%, while Uber retains 12% of Didi. Cheng will own a 6.5% stake in the company he built, while having a 35.5% voting power due to a dual-class share structure that's become increasingly popular among tech companies.

Based on Wednesday's closing price, Cheng's stake in Didi is worth $4.45 billion. Uber's stake in Didi is valued at $8 billion, significantly more than the $6 billion valuation that Uber assigned to it in 2016, when it received the stake in exchange for selling its China food delivery business to Didi, according to a regulatory filing from Uber.

Like most ride-hailing companies, Didi had historically been unprofitable, until it reported a profit of $30 million in the first quarter of this year.

The company reported a loss of $1.6 billion last year and an 8% drop in revenue to $21.63 billion, according to a regulatory filing, as business slid during the pandemic.

Didi decided in 2018 to invest $1 billion in its auto services business, part of a larger unit rebranding. It has also invested heavily to expand its core business outside its home market by either pouring money in local partners or launching their services.

Didi has a dominant position in the online ride-hailing business in China and operates in 4,000 locations across 16 countries. It has more than 490 million annual active users, according to a recent regulatory filing. 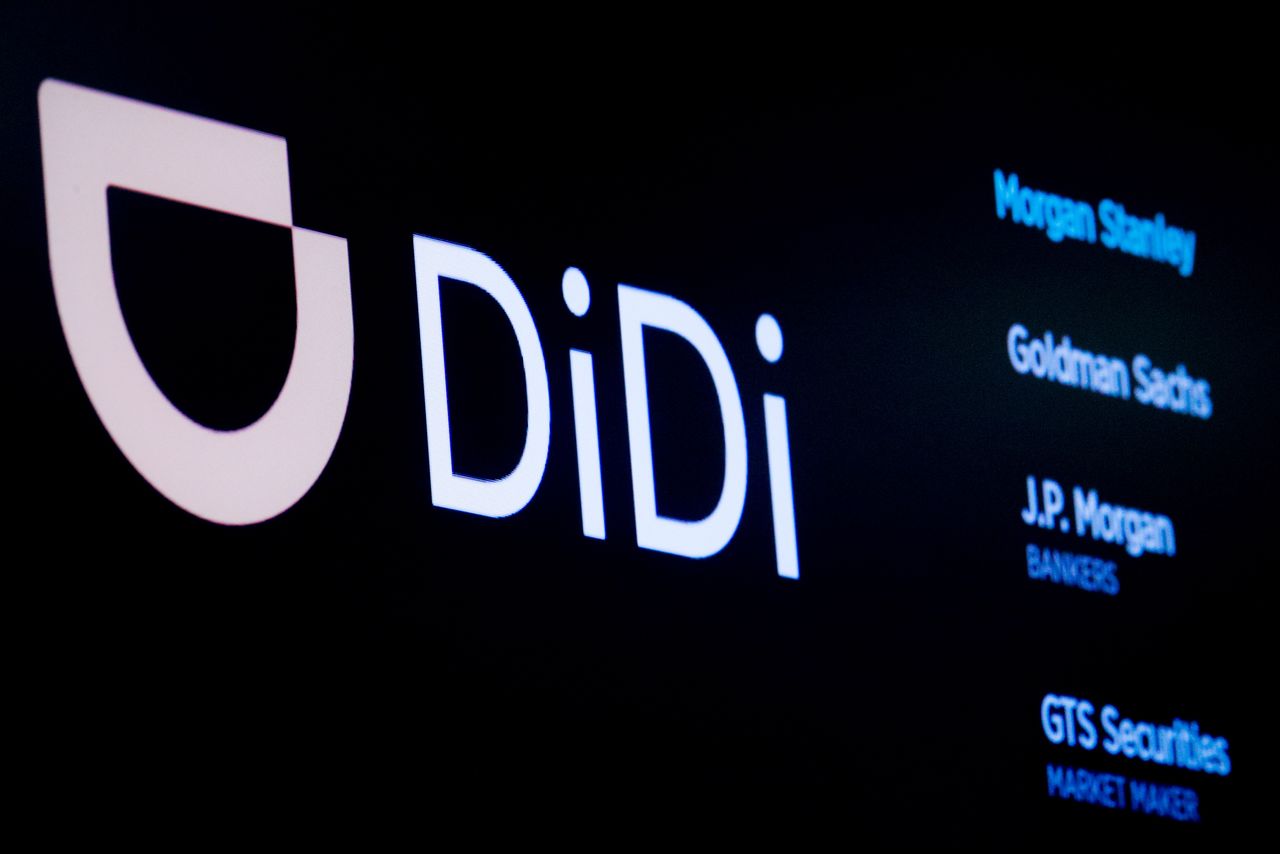 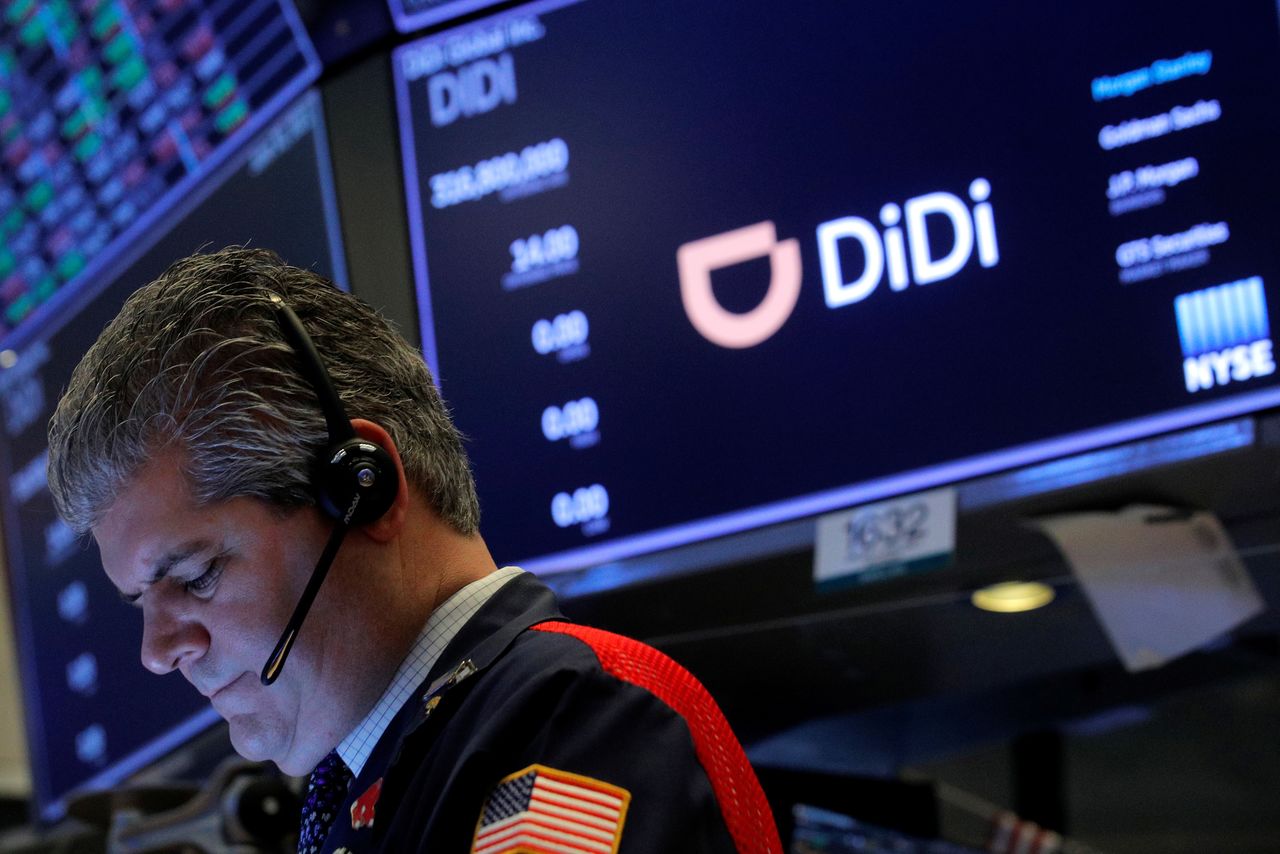 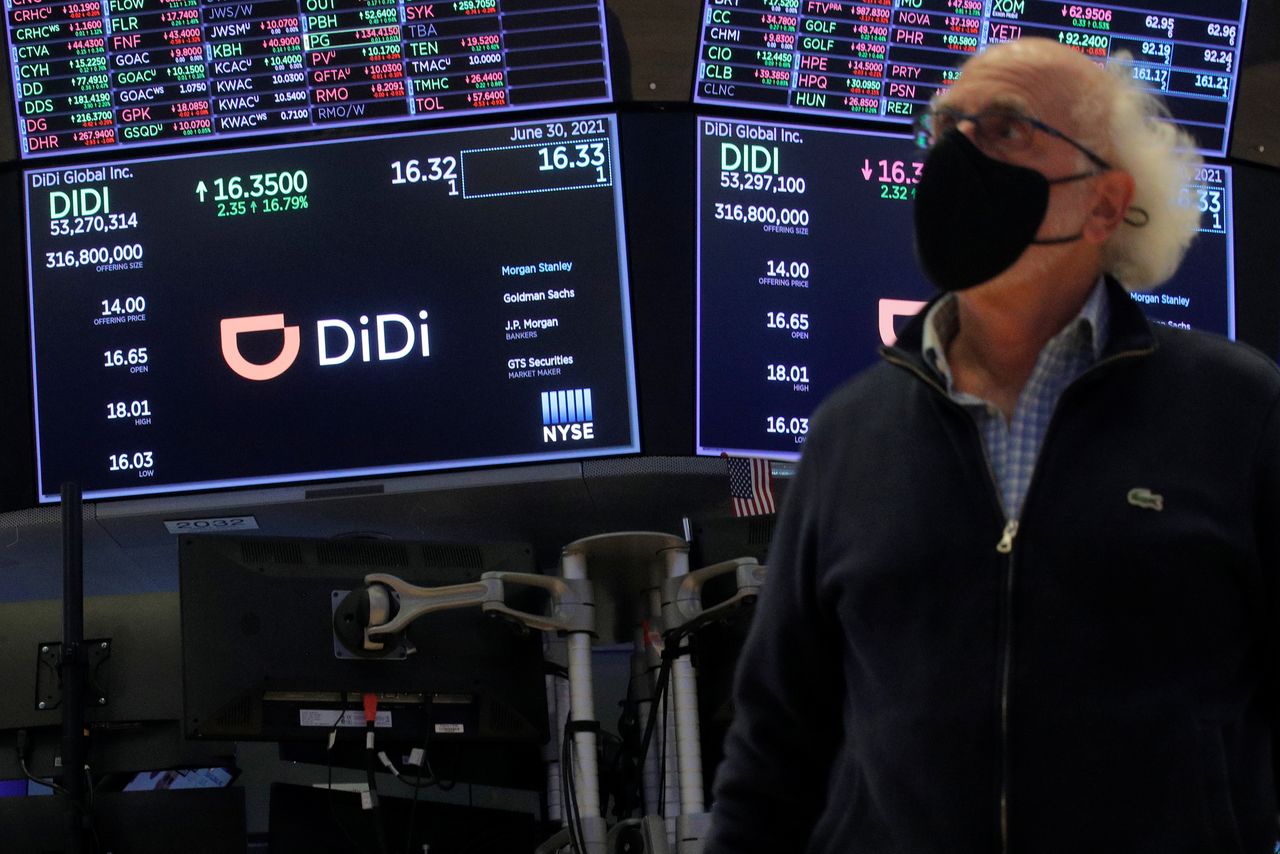 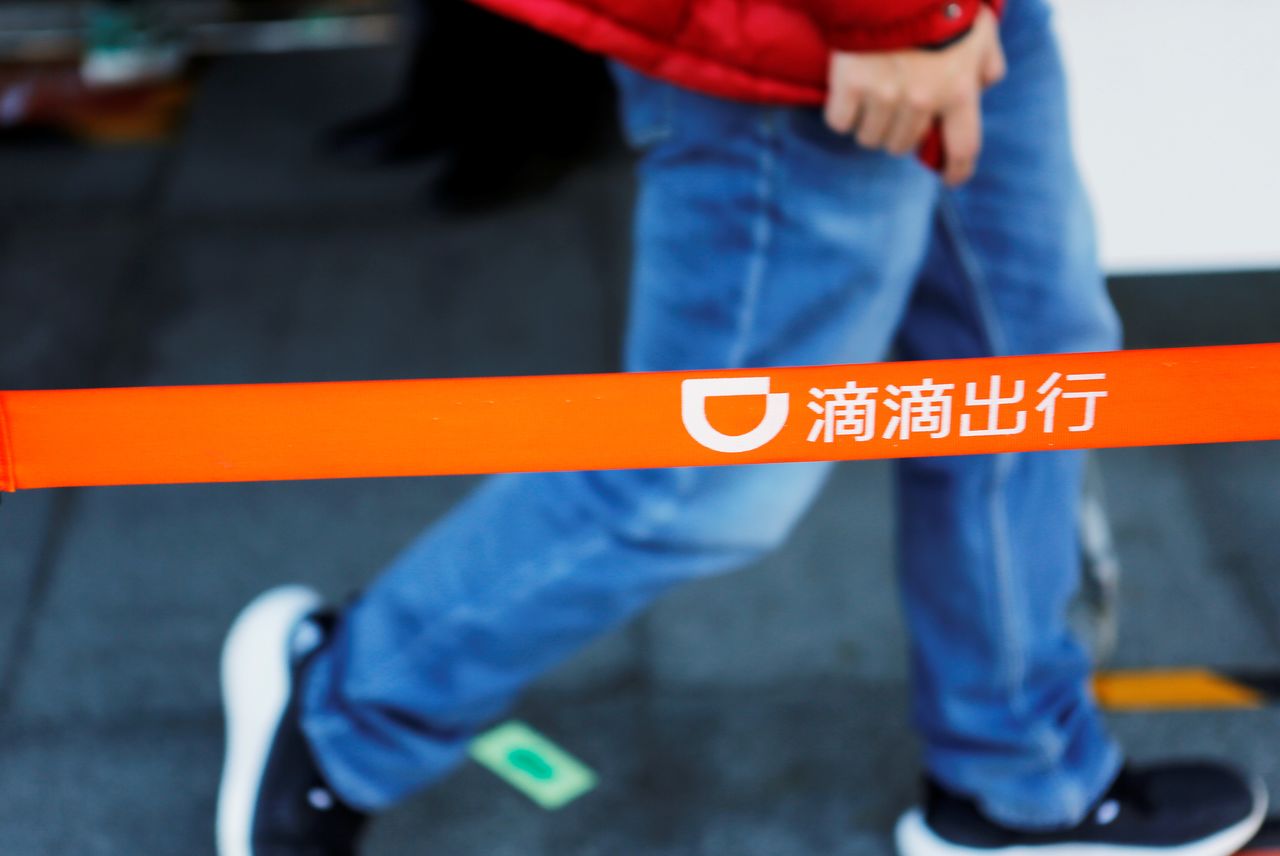 A man walks past a Didi logo at the headquarters of Didi Chuxing in Beijing, China November 20, 2020. REUTERS/Florence Lo/Files