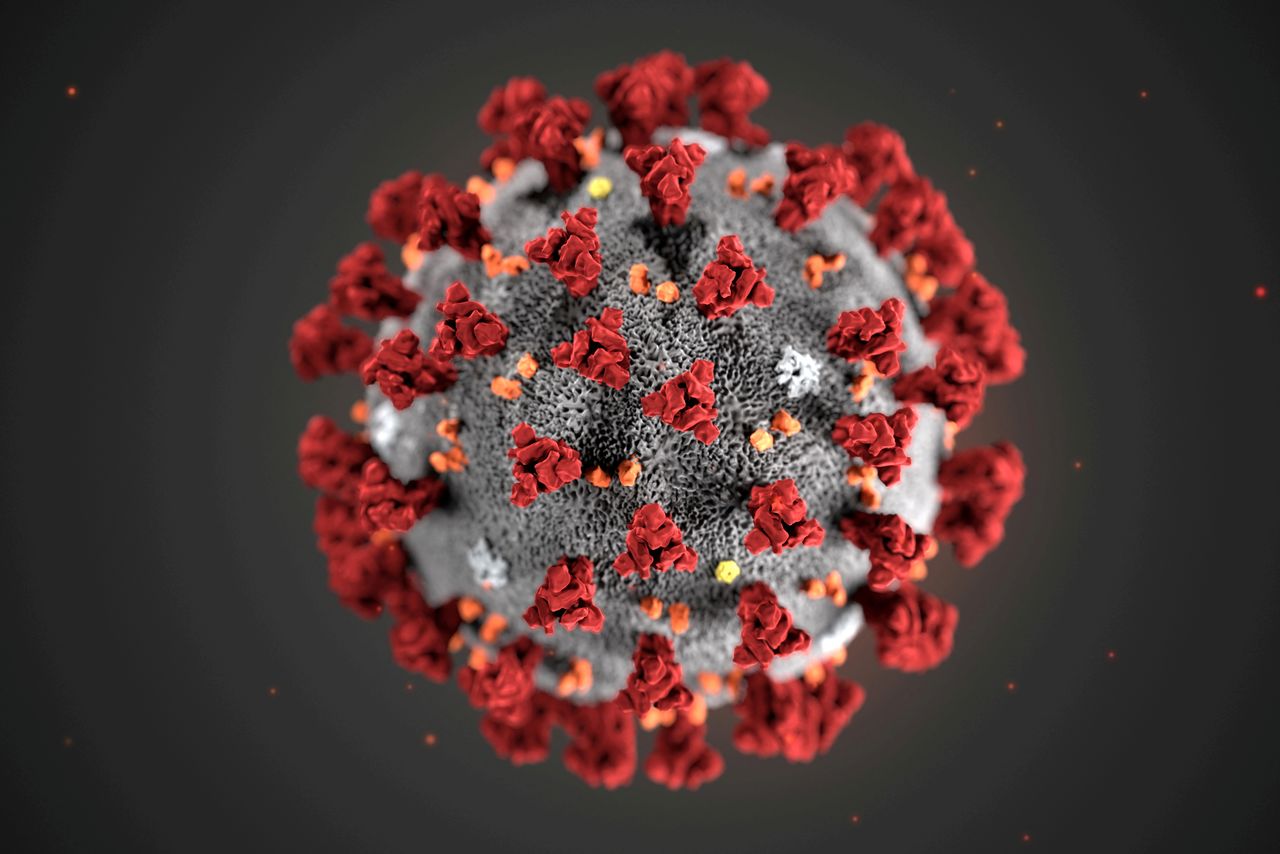 FILE PHOTO: The ultrastructural morphology exhibited by the 2019 Novel Coronavirus (2019-nCoV), which was identified as the cause of an outbreak of respiratory illness first detected in Wuhan, China, is seen in an illustration released by the Centers for Disease Control and Prevention (CDC) in Atlanta, Georgia, U.S. January 29, 2020. Alissa Eckert, MS; Dan Higgins, MAM/CDC/Handout via REUTERS.

(Reuters) - The following is a roundup of some of the latest scientific studies on the novel coronavirus and efforts to find treatments and vaccines for COVID-19, the illness caused by the virus.

The highly transmissible Delta variant of SARS-CoV-2, first identified in India, has become the most prevalent variant among new COVID-19 cases in the United States, according to California-based genomics company Helix. The company's computer models indicate that Delta now accounts for around 40% of new U.S. cases, Dr. William Lee, vice president of science at Helix, said in a statement provided to Reuters. The models, based on 27,717 virus samples from 687 counties across the United States, also indicated that the worrisome Gamma variant, first identified in Brazil, accounts for about 15% of new cases. Helix researchers have noted occasional cases of an "offspring" variant of Delta called Delta-plus, but they "aren't seeing any evidence suggesting that these are driving the growth of Delta around the country yet," Lee said. Earlier in June, the researchers reported on the medical website medRxiv ahead of peer review that the percentage of new COVID-19 cases due to the variant first identified in Britain, known as Alpha, had dropped from 70% in mid-April 2021 to 42% six weeks later (https://bit.ly/3x45vBW). Now, Lee said, Alpha "is down to around 20%." Lee said his team has submitted an update to the previous medRxiv preprint and is waiting for approval.

Regardless of health status, men do worse with COVID-19

Men appear more likely than women to experience severe outcomes from COVID-19 regardless of whether the men have underlying health conditions, according to a new study. Researchers in New York City who tracked roughly 5,000 patients of both sexes who were diagnosed in early 2020 found that men were sicker when first diagnosed and had a higher need for intensive care treatment and higher rates of death than women. This was true even though the men on average were younger and less likely than women to have risk factors such as obesity and high blood pressure that previously have been linked with poor COVID-19 outcomes. Among women, the likelihood of severe COVID-19 outcomes did seem to be related to their health status, the researchers said in a report published on Wednesday in the journal Communications Medicine. A second analysis of another group of roughly 1,600 patients in New York City diagnosed later in the year showed similar patterns. The authors noted that because their information on patients' pre-existing medical problems may have been incomplete, larger studies are needed to confirm their findings and to explain the causes. (https://go.nature.com/3jpdWUG)

The mRNA vaccine from Moderna Inc can defend against emerging variants with only modestly reduced effectiveness, laboratory experiments indicated. Moderna researchers studied blood serum obtained from eight volunteers who had received the second dose of the vaccine a week earlier. They found the vaccine had produced antibodies capable of neutralizing all variants, including additional versions of the Beta variant first identified in South Africa and three lineages of variants first identified in India, including the Kappa and Delta variants. The analysis did show some reduction of neutralization, by 2.1 fold against Delta, 3.3-3.4 fold against Kappa and 3.2 fold against Gamma, which was first identified in Brazil. "These new data are encouraging and reinforce our belief that the Moderna COVID-19 vaccine should remain protective against newly detected variants," Moderna Chief Executive Stéphane Bancel said. The Moderna data was posted on Monday on the bioRxiv medical website ahead of peer review. Earlier in June, researchers reported in the journal Nature that the mRNA vaccine from Pfizer and BioNTech elicited antibodies that could neutralize all tested variants, including Delta, although at reduced strength. (https://bit.ly/35ZlmWO; htps://reut.rs/3qBPa54 https://reut.rs/3qBPa54)

Open https://tmsnrt.rs/3c7R3Bl in an external browser for a Reuters graphic on vaccines in development.

(Reporting by Nancy Lapid and Mrinalika Roy; Editing by Will Dunham)