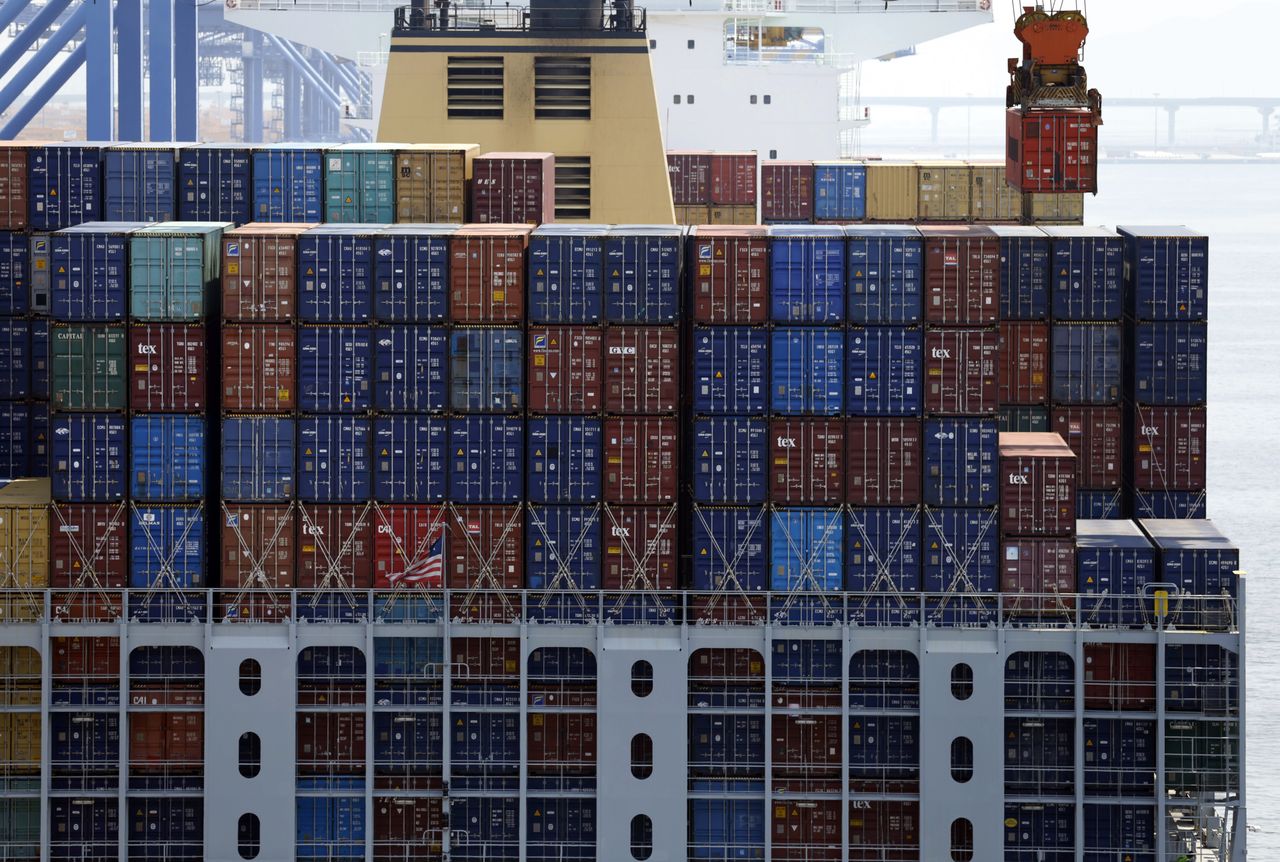 A crane carries a container (top R) from a ship at the PNC container terminal at the Busan New Port in Busan, about 420 km (261 miles) southeast of Seoul, August 8, 2013. REUTERS/Lee Jae-Won/Files

Exports surged 39.7% in June versus the same month a year earlier, reaching the third-biggest value on record at $54.80 billion, trade ministry data showed on Thursday. That beat the 33.6% average of 17 economist estimates in a Reuters poll, and marked the eighth consecutive month of expansion.

"As base effect (from the coronavirus) fades, the growth rate itself probably reached the peak in May ... but the exports value will likely continue growing in the third quarter," said Park Sang-hyun, chief economist at Hi Investment & Securities.

"We expected weakened Chinese demand due to shipping delays and supply-chain disruptions but the impact is seen limited, with exports to other ASEAN economies improving."

The nation's monthly trade data is a closely watched as it is the first to be released among major exporting economies and so widely considered a bellwether for global trade.

Overseas sales of semiconductors, the country's top export, grew for the 12th month in a row, by 34.4%, while those of cars and petrochemical products surged 62.5% and 68.5% respectively.

By destination, exports to China, the United States and the European Union soared 14.3% and 51.9% and 65.3%, while those to South Korea's six other major trading partners also increased.

Fresh risks to exports are the spread of the coronavirus Delta variant and worries about slowing Chinese economic recovery, economists said.

Data on Wednesday showed growth in Chinese factory activity slowed in June to a four-month low on higher raw material costs, a shortage of semiconductors and a COVID-19 outbreak in major export province Guangdong, amid wider supply chain disruption in Asia.

Meanwhile, South Korean trade data on Thursday also showed imports grew 40.7% in June, beating forecasts for a 33.0% jump. The trade surplus stood at $4.44 billion, versus $2.94 billion a month prior.

Earlier this week, the finance ministry sharply upgraded its 2021 growth forecast to an 11-year high of 4.2%, with an 18.5% jump in exports towing the expansion.