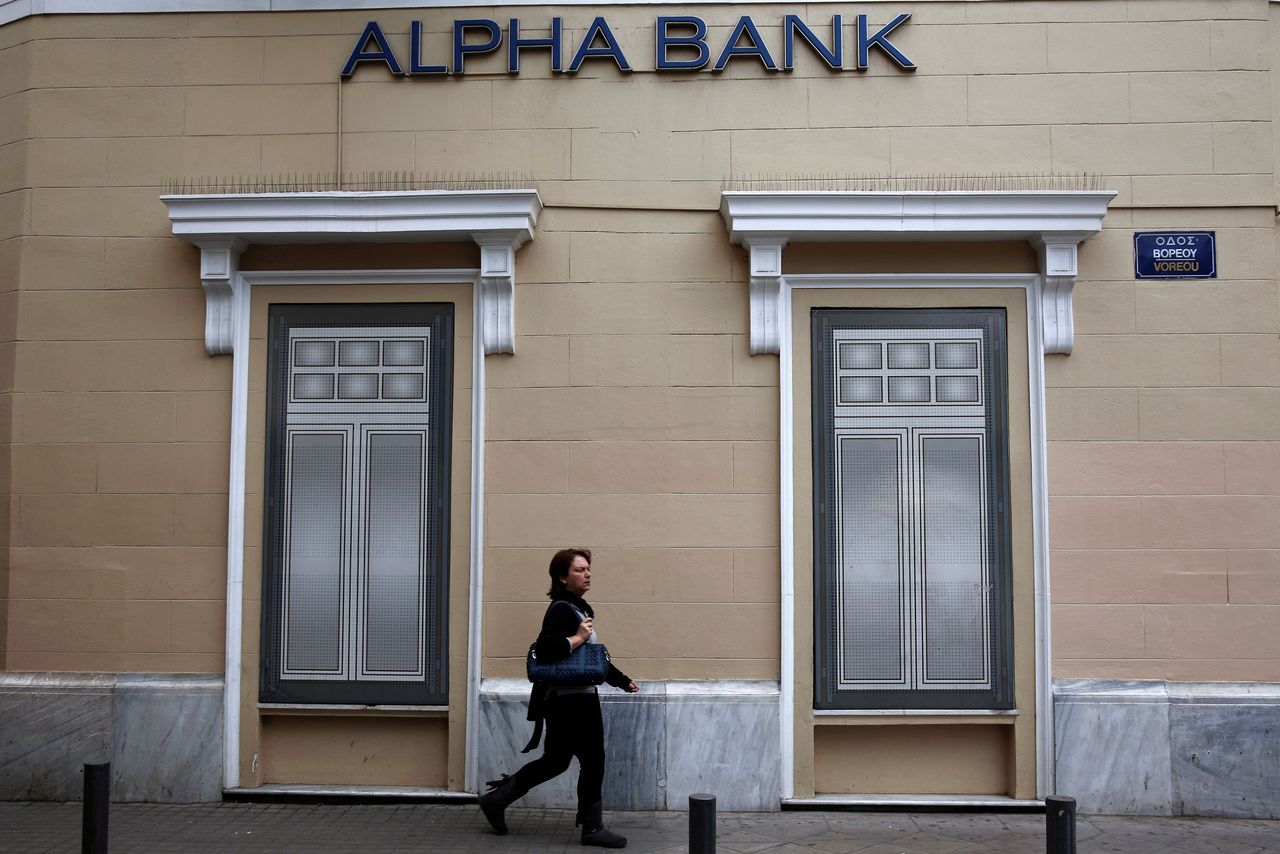 FILE PHOTO: A woman makes her way past the logo of Alpha Bank in Athens March 26, 2014. REUTERS/Yorgos Karahalis/File Photo

"The fund remains Alpha Bank's largest shareholder, proving its trust in the bank's management and its future," The Hellenic Financial Stability Fund said in a statement.

The HFSF fund, which holds stakes in Greece's four big banks - Piraeus, National, Eurobank and Alpha - after taking part in three recapitalisations, was advised by UBS Europe and Societe Generale on its participation in Alpha Bank's equity offering.

Alpha Bank's share placement with institutional investors was oversubscribed about two times and was priced at 1.0 euro per share.

The public offering in Greece and the international placement with institutional investors via bookbuilding ran in parallel and were completed on Wednesday.