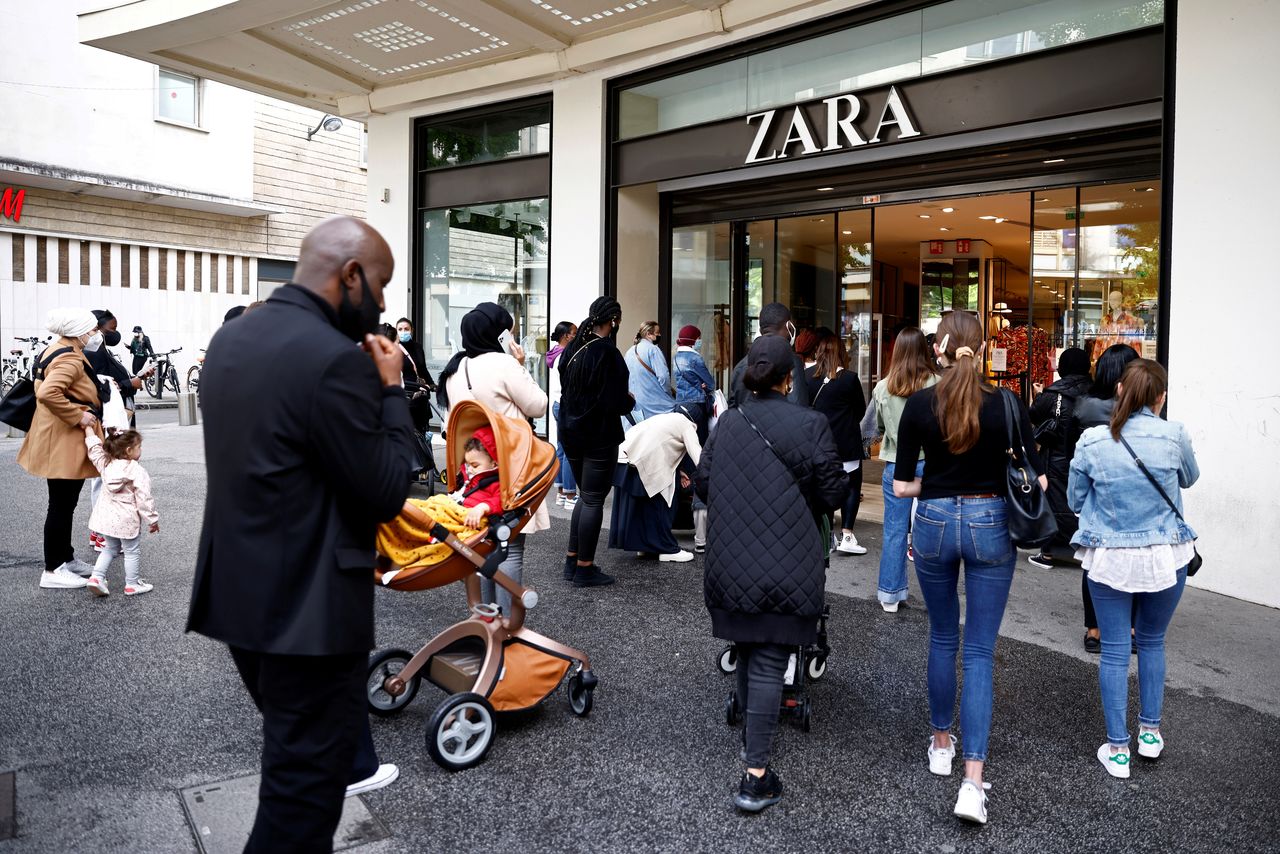 FILE PHOTO: Customers enter a Zara shop in Nantes as non-essential business re-open after closing down for months, amid the coronavirus disease (COVID-19) outbreak in France, May 19, 2021. REUTERS/Stephane Mahe/File Photo

The procedure is linked to accusations against China over its treatment of minority Muslim Uyghurs in the region, including the use of forced labour, the source said.

China denies all accusations of abuse in the region.

The source told Reuters Uniqlo France, a unit of Japan's Fast Retailing, Zara owner Inditex, France's SMCP and Skechers were the subject of the investigation, confirming a report by French media website Mediapart.

"An investigation has been opened by the crimes against humanity unit within the antiterrorism prosecutor's office following the filing of a complaint," the source said.

France has a Central Office to Fight Crimes against Humanity, Genocide and War Crimes, founded in 2013.

Inditex said it rejected the claims in the legal complaint, adding that it conducted rigorous traceability controls and would fully cooperate with the French investigation.

"At Inditex, we have zero tolerance for all forms of forced labour and have established policies and procedures to ensure this practice does not take place in our supply chain," the company said in a statement.

SMCP said it would cooperate with the French authorities to prove the allegations false.

"SMCP works with suppliers located all over the world and maintains that it does not have direct suppliers in the region mentioned in the press," SMCP said, adding that it regularly audited its suppliers.

Fast Retailing said in a statement from Tokyo that it had not been contacted by French authorities and that none of its production partners are located in Xinjiang.

"If and when notified, we will cooperate fully with the investigation to reaffirm there is no forced labour in our supply chains," it said.

The company lost an appeal with United States Customs in May after a shipment of Uniqlo men's shirts were impounded because of suspected violations of a ban on Xinjiang cotton.

Skechers said it does not comment on pending litigation. It referred Reuters to a March 2021 statement in which it said it maintained a strict supplier code of conduct.

Two nongovernmental organisations (NGOs) filed a complaint in France in early April against multinationals for concealment of forced labour and crimes against humanity.

United Nations experts and rights groups estimate over a million people, mainly Uyghurs and other Muslim minorities, have been detained in recent years in a vast system of camps in China's western Xinjiang region.

Many former inmates have said they were subject to ideological training and abuse. Rights groups say the camps have been used as a source of low-paid and coercive labour.

China initially denied the camps existed, but has since said they are vocational centres designed to combat extremism. In late 2019, China said all people in the camps had "graduated."

Several Western brands including H&M, Burberry and Nike have been hit by consumer boycotts in China after raising concerns about reports of forced labour in Xinjiang.

In March, the United States, the European Union, Britain and Canada imposed sanctions on Chinese officials, citing human rights abuses in Xinjiang. Beijing retaliated immediately with its own punitive measures.

Human Rights Watch this year documented what it said could constitute crimes against humanity being committed in Xinjiang.

(Reporting by Benoit Van Overstraeten in ParisAdditional reporting by Richard Lough in Paris, Jesus Aguado in Madrid and Rocky Swift in Tokyo.Editing by Kirsten Donovan and Matthew Lewis)