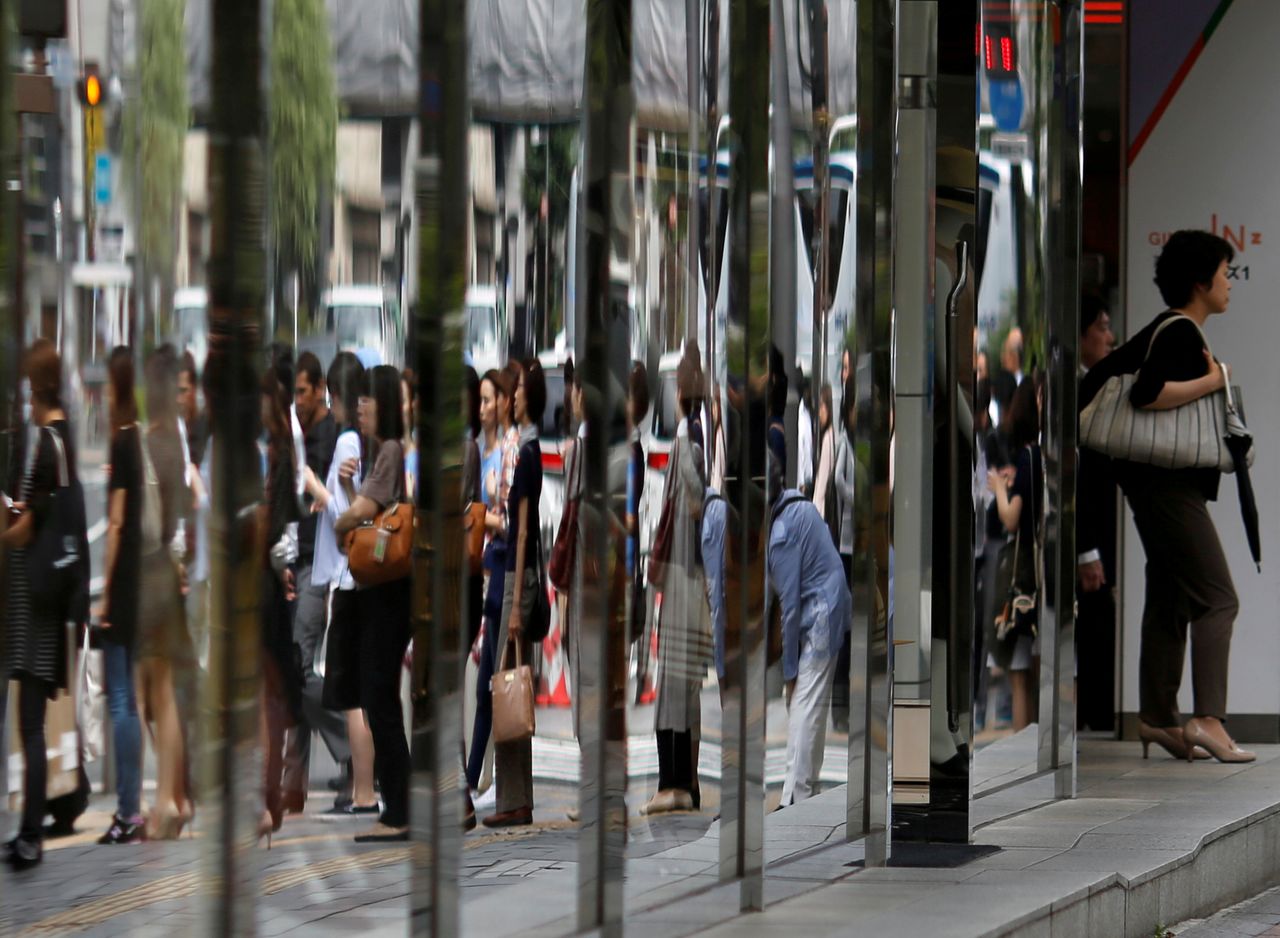 FILE PHOTO: People are reflected in the windows of a dapartment store in a shopping district in Tokyo, Japan June 29, 2016. REUTERS/Toru Hanai/File Photo

TOKYO (Reuters) - Japan's household spending likely slowed in May, a Reuters poll showed on Friday, as a new wave of coronavirus infections and a slow vaccination rollout weigh on consumer confidence.

Internal affairs ministry data out at 8:30 a.m. on Tuesday (2330 GMT Monday) is expected to show all household spending jumped 10.9% year-on-year in May, slowing from a 13.0% gain in the prior month, according to a Reuters poll of 16 economists.

It would be a third straight month of increases, though those gains have been inflated by the sharp comparison to last year's pandemic-induced plunge.

On the month, household spending likely fell 3.7% in May on a seasonally adjusted basis, the first decrease in four months, the poll showed. (To see the full poll, click https://apac1.apps.cp.thomsonreuters.com/Apps/econ-polls?RIC=JPALLS%3DECI household spending data)

A slowdown in household spending would be a concern for the Bank of Japan (BOJ) which will scrutinize recent economic indicators at its July 15-16 policy-setting meeting, when it will publish growth and inflation projections.

"Self-restraint has continued in service consumption such as traveling, eating and drinking since late April as a state of emergency (to curb COVID-19 infections) was extended," said Takeshi Minami, chief economist at Norinchukin Research Institute.

The world's third-largest economy contracted an annualised 3.9% in January-March and likely rebounded only modestly in the second quarter as the emergency measures chilled consumption.

While the curbs have been eased in many places, Japan's capital and three neighbouring prefectures are among areas that are under a 'quasi' state of emergency set to run through July 11, and sources say a recent uptick in infections has officials leaning towards keeping restrictions in place.

Even when those are lifted, many analysts expect consumption to remain a weak spot in Japan's export-led recovery as slow vaccination rollouts keep consumers wary of boosting spending.