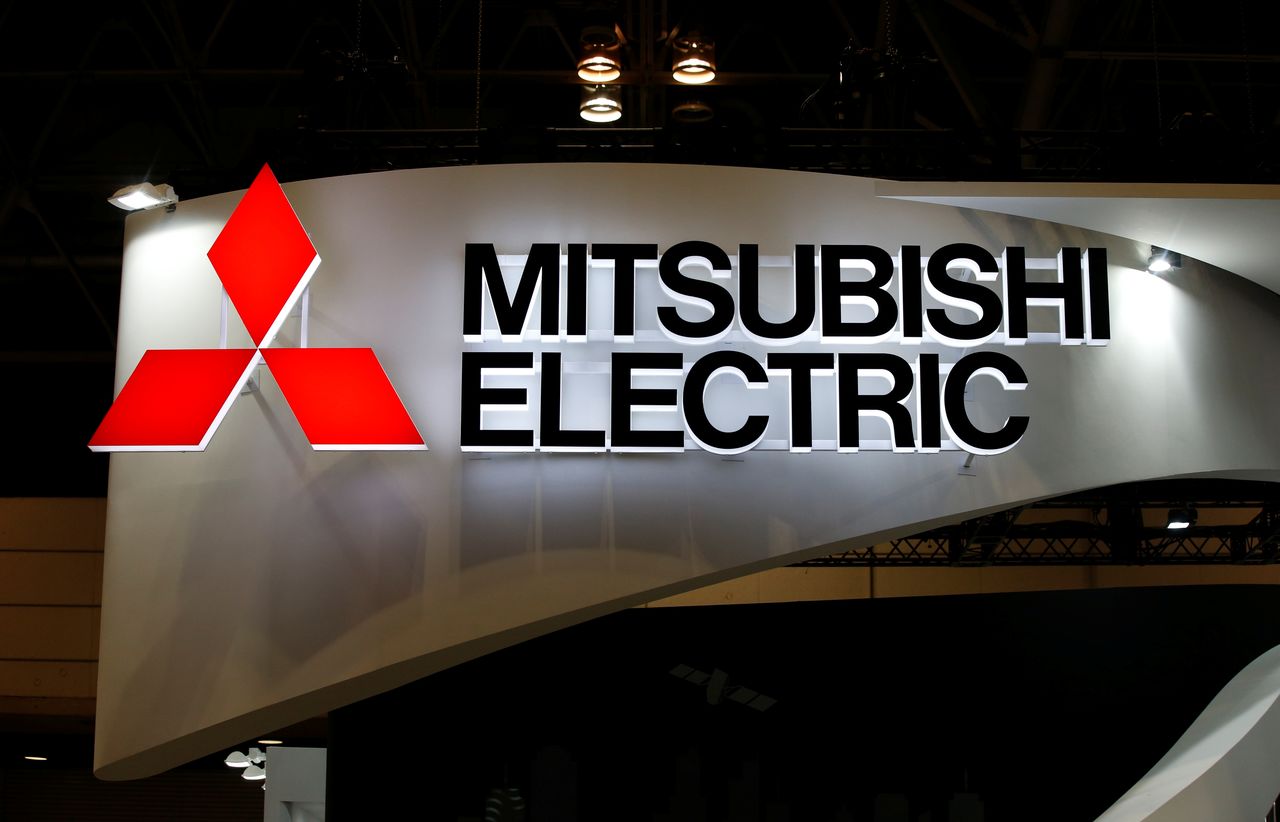 A logo of Mitsubishi Electric Corp is pictured at the CEATEC JAPAN 2017 (Combined Exhibition of Advanced Technologies) at the Makuhari Messe in Chiba, Japan, October 2, 2017. REUTERS/Toru Hanai/Files

TOKYO (Reuters) - Mitsubishi Electric's CEO said he will step down to take responsibility for "three decades of systematic deceit" during which the Japanese firm falsified inspection data for air conditioners and brake compressors used in trains.

The admission by Mitsubishi, whose products range from air conditioners and vacuum cleaners to industrial printers and satellites, further dents Japan's reputation for high-quality manufacturing, already tarnished by other cases of companies falsifying or covering up test data.

"I am shocked by this," Takeshi Sugiyama told a news conference, at which he apologised for the falsification and promised to appoint a successor as early as this month once he had helped coordinate the company's response to the problem.

Sugiyama, who became CEO in 2018 and has been with Mitsubishi for more than four decades, said on Friday he regretted not informing shareholders at its annual meeting on June 29.

Mitsubishi management was aware of the air conditioner data problem two weeks before and knew about the air compressor falsifications the day before shareholders met, but chose not to release the information until June 30, he said.

The latest corporate scandal comes amid heightened concern over corporate governance in Japan after an investigation found managers at Toshiba Corp, another well-established conglomerates, had colluded with the trade ministry to pressure foreign shareholders.

Japan's economy and trade minister, Hiroshi Kajiyama, said earlier that the government would act if it found that Mitsubishi had broken any laws or regulations.

Mitsubishi said the equipment supplied with falsified inspection data posed no safety risk, and although it breached contracts with customers, did not break any laws.

The company said it would release a full report in September, alongside measures to deal with the problem.

In the 35 years that Mitsubishi falsified inspection data, it supplied 84,600 air conditioning units to 80 rail companies.

It said it shipped 1,500 compressors, used in train brakes and doors, including in Japan's high-speed bullet trains, to 20 mostly domestic companies.