By Hyonhee Shin and Swati Pandey

SEOUL/SYDNEY (Reuters) - The highly contagious Delta variant of the coronavirus is surging through Asia this week, with record numbers of infections in Australia and South Korea, prompting some countries to tighten curbs and others to hasten vaccination.

The variant, first detected in India in December last year, has spread to about 100 countries and the World Health Organisation warned recently that it could soon become the dominant form of the virus. It is also driving a spike in cases in Japan, casting a pall over this month's Olympic Games.

On Friday, Australia's New South Wales state, its most populous, reported the biggest daily rise in new cases so far this year. Total cases in the state in the latest outbreak have topped 200, a majority caused by the Delta variant.

Sydney, home to a fifth of the country's 25 million population, is half-way through a two-week lockdown to contain the outbreak, which has alarmed authorities amid a sluggish nationwide vaccination drive.

Australia, like several other countries in Asia, has struggled to inoculate people as initial successes in containing the pandemic led to vaccine hesitancy, and manufacturers were slow to ship doses.

Australia has fully vaccinated only 6% of its population, while Japan has vaccinated 12%.

Japan reported on Wednesday that the Delta variant now accounts for nearly a third of all cases in the eastern part of the country, including Tokyo, and that could grow to 50% by mid July.

Tokyo and three neighbouring prefectures are among areas under a 'quasi' state of emergency set to run through July 11 and the recent uptick in infections has officials leaning towards keeping restrictions in place, government sources have told Reuters.

On Friday, Tokyo governor Yuriko Koike reiterated that a ban on spectators for the Olympic Games, which start on July 23, would be an option if the coronavirus situation worsened.

In South Korea, officials said on Friday daily coronavirus cases topped 800, the highest in nearly six months, with vaccination below 10%. The average number of new infections in the country has risen for 10 days straight, and authorities in Seoul have delayed relaxing social distancing measures.

"The Delta variant is a strain that is most optimised for widespread transmissions," said Chun Eun-mi, a respiratory disease specialist at Ewha Womans University Medical Center in Seoul.

"The cases of Indonesia, India and Britain show that not just Korea but many other countries will need to rethink their vaccine strategy and reopening plans," she said.

Indonesia, the world's fourth-most populous country, imposed emergency measures that begin on Saturday until July 20 to contain a spike in cases.

In India, the number of new infections has eased to two-month lows since hitting a peak of 400,000 a day in May, with the government focusing on mass vaccinations.

The United States has also seen a rise in Delta variant infections in parts of the country where vaccination rates remain low, and the White House said on Thursday it would send special assistance to those hot spots.

Europe, too, is battling an increase in infections, which the WHO has blamed on crowds at Euro 2020 football stadiums. It has warned that a new wave was inevitable if people did not remain disciplined.

Britain is gearing up to lift lockdown restrictions on July 19, even as Delta variant cases rise. Germany said on Thursday it expects the variant to account for up to 80% of infections this month and Portugal imposed night-time curfews.

The fresh cases have put a damper on summer tourism in the continent, although the launch of a European Union COVID-19 travel certificate may prompt more travel.

Europe's drug regulator said on Thursday the COVID-19 vaccines approved in the European Union offered protection against all coronavirus variants, including Delta.

The exception is Thailand's tourist isle of Phuket, which reopened on Thursday to fully vaccinated travellers from overseas in a step towards reviving a battered industry.

Still, Thailand on Friday reported the third straight day of record coronavirus deaths. The Alpha variant, first detected in the United Kingdom, is still the dominant variant in the country, although authorities said they expect the Delta variant to dominate in the next few months.

"In Bangkok it is nearly 40%, within this month or next, it will all be Delta," said Kumnuan Ungchusak, adviser to the health ministry.

"If this keeps going we cannot survive," he said referring to the rising death count. 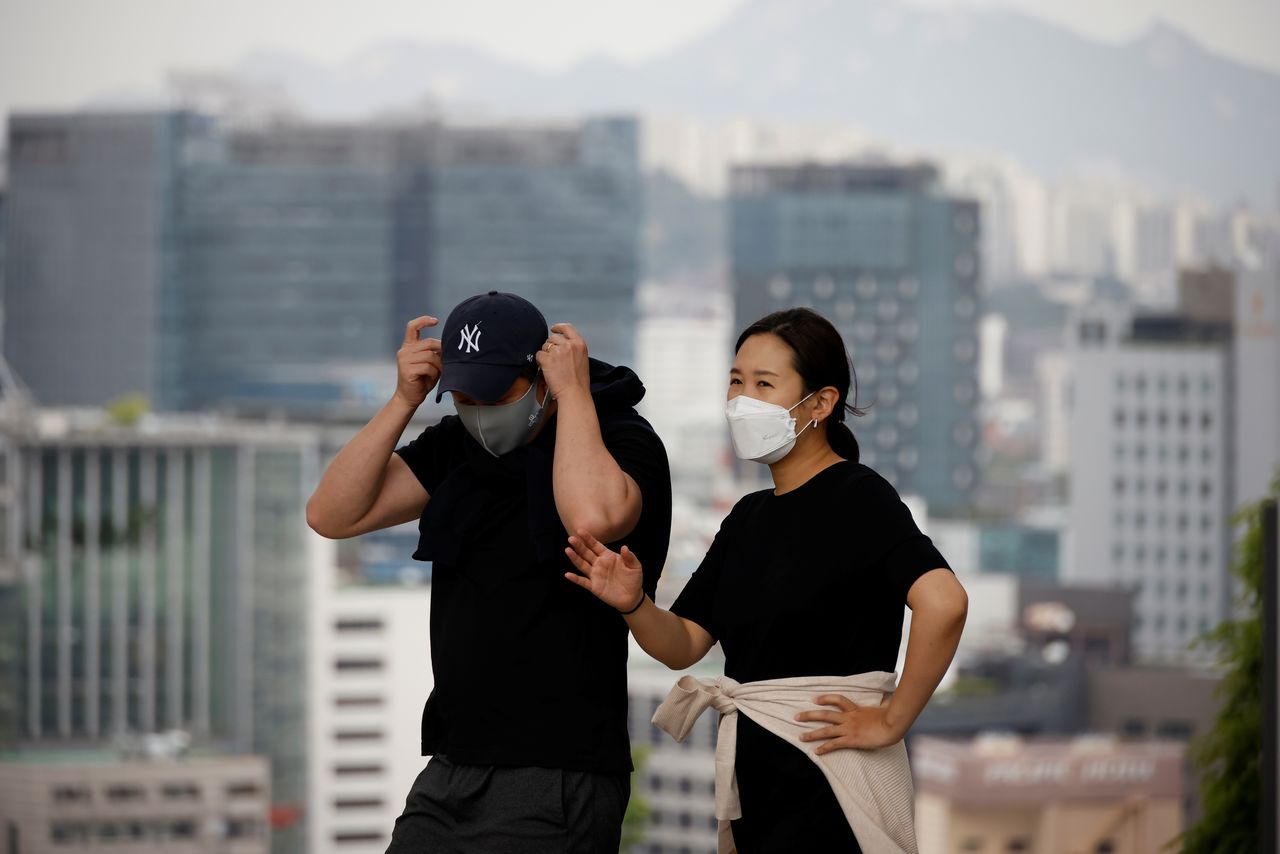 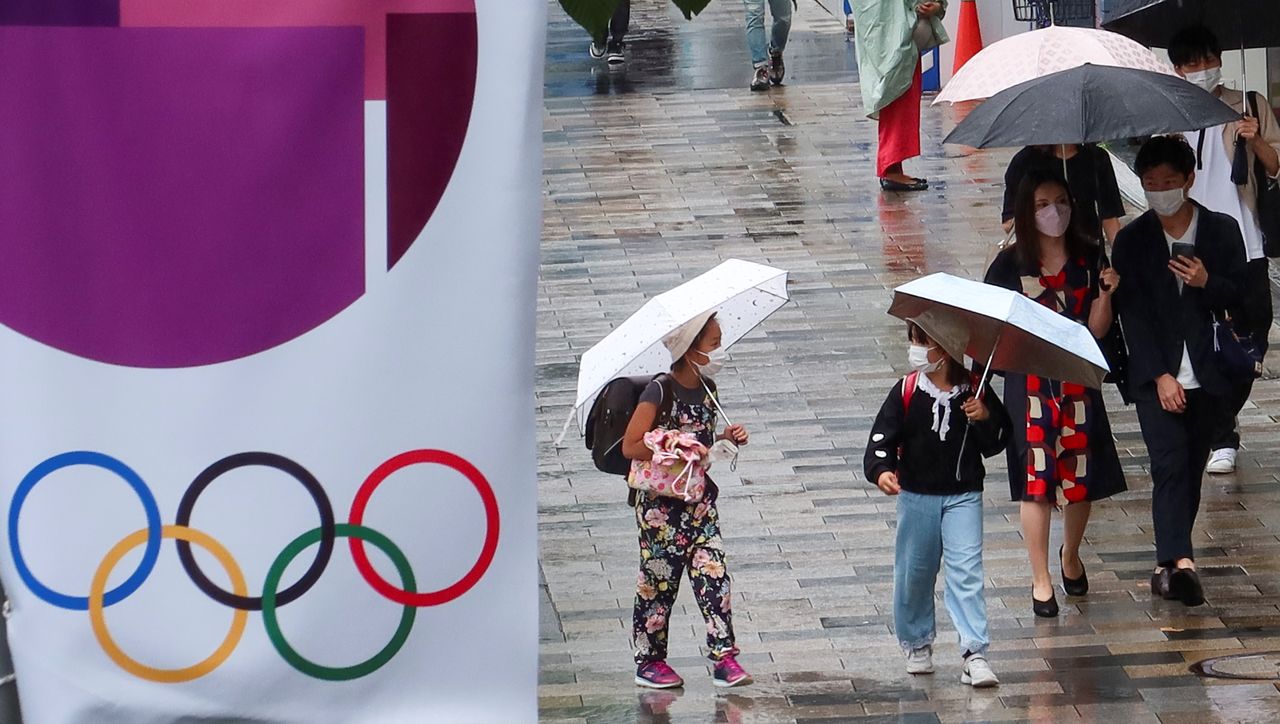 FILE PHOTO: People walk on a street next to an advertisement for Tokyo 2020 Olympic and Paralympic Games, amid the coronavirus disease (COVID-19) pandemic, in Tokyo, Japan June 19, 2021. REUTERS/Pawel Kopczynski