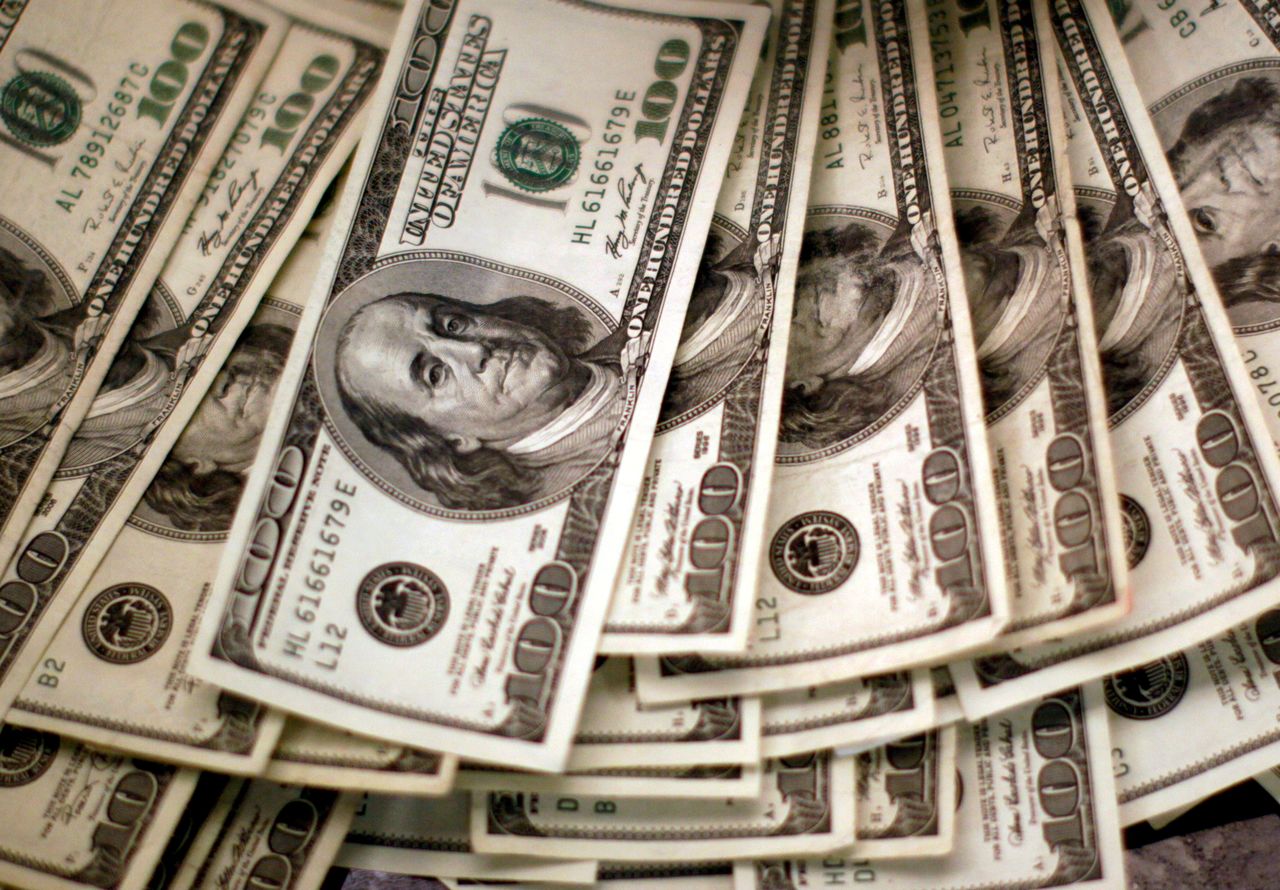 FILE PHOTO: U.S. dollars are counted by a banker at a bank in Westminster, Colorado November 3, 2009. REUTERS/Rick Wilking/File Photo

LONDON (Reuters) - The dollar dipped against a basket of major currencies on Monday, after hitting a speed bump when last week's mixed bag of U.S. labour data allayed investor fears about a faster end to monetary stimulus.

Bonds rallied, stocks rose and the dollar slipped in the wake of the data - dropping most against the risk-sensitive Australian and New Zealand dollars and the rates-sensitive yen.

While attempting a bounce in Asian and early European trading, by midday in London the greenback had fallen back to its lowest levels since Wednesday .

U.S. markets are closed on Monday for the Independence Day holiday.

The dollar index was last 0.1% lower at 92.262, falling below Friday's levels. But with a 2% rise in the three weeks since the Fed surprised investors with projected hikes in 2023, analysts think the dollar has room to rise a bit further.

"Since the hawkish tilt of the Fed in June, the dollar has been increasingly sensitive to the strength of the domestic data whilst some DM and EM peers still battle COVID outbreaks," analysts at Maybank in Singapore said in a research note.

"As such, this dollar strength can linger a while longer and a sanguine risk climate may not be entirely detrimental for the greenback at this time."

Elsewhere, sterling was 0.2% higher at $1.3860 and emerging market currencies in Asia made small gains to catch up with the dollar's Friday drop. [EMRG/FRX]

Traders' focus this week is on minutes from the Fed's June meeting - due Wednesday - and on a meeting of Australia's central bank, both having the potential to rouse currencies from months of range trading amid uncertainty around policy outlook.

"More information on when the FOMC could taper its asset purchases can boost U.S. interest rates and the dollar," said Commonwealth Bank of Australia analyst Joe Capurso, referring to the rate-setting Federal Open Market Committee.

Also on the horizon this week is a Reserve Bank of Australia (RBA) meeting on Tuesday, which has markets on tenterhooks because the central bank has flagged a decision on the fate of its bond purchase programme and yield target.

No change to the cash rate is likely, but economists expect the three-year yield target to stay on April 2024 bond - without being extended to the November 2024 bond line, and for the RBA to adopt a flexible approach to bond purchases.