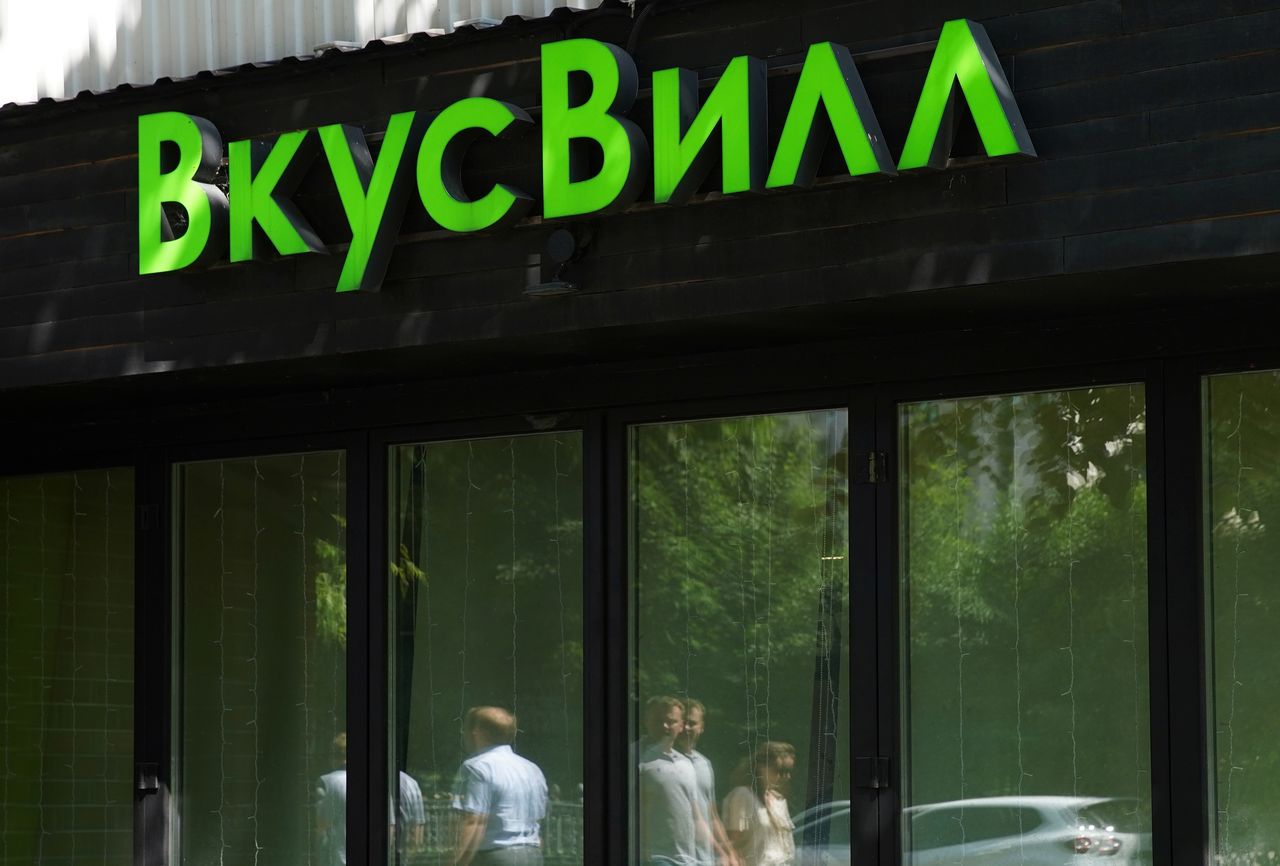 A logo of Russian food retailer VkusVill is seen on a store in Moscow, Russia July 5, 2021. REUTERS/Tatyana Makeyeva

MOSCOW (Reuters) - A high-end Russian food retailer has angered both gay rights campaigners and opponents by running and then apologising for an ad that included a profile of a family in which a mother and her adult daughter both have female partners.

A 2013 Russian law, decried by Western countries as state-enforced bigotry, bans the "promotion of non-traditional sexual relations to minors". Many politicians from the ruling party are stridently anti-gay.

The advert for Vkusvill, a chain of more than 1,250 food shops, pictured four women from the family in a kitchen, and said they liked the shop's Japanese rice balls with mushrooms and its humus. It initially appeared with an "18+" warning indicating it should not be read by children.

Vkusvill initially defended the advert, saying: "We think it would be hypocritical not to talk about the real families of our customers. We advise you to weigh up all pros and cons before reading this report."

But on Sunday, after threats of a boycott, it deleted it from its website and issued what it called an apology to customers, employees, partners and suppliers on behalf of senior management.

"We regret that this happened and consider this publication to be a mistake, which became a display of unprofessionalism from certain employees," the statement said.

More than 35,000 people commented on the company's Instagram feed, some of them angry at the decision to run the advert in the first place, others angry at the move to pull it.

"We are not a mistake," wrote user @russiaforgays, calling the decision to take down the ad "cowardly".

Margarita Simonyan, editor-in-chief of state news network RT, tweeted that the reversal had pleased nobody.

"The audience of traditionalists like myself has been lost, and now the very audience they were flirting with has been severely disappointed," she wrote on Telegram on Sunday.

Vkusvill said in 2019 it was considering floating its shares on the stock market in New York. It has since opened its first shops abroad in the Netherlands and says it aims to expand beyond Russia. It declined to comment on Monday on whether the incident would affect its expansion plans or its valuation.