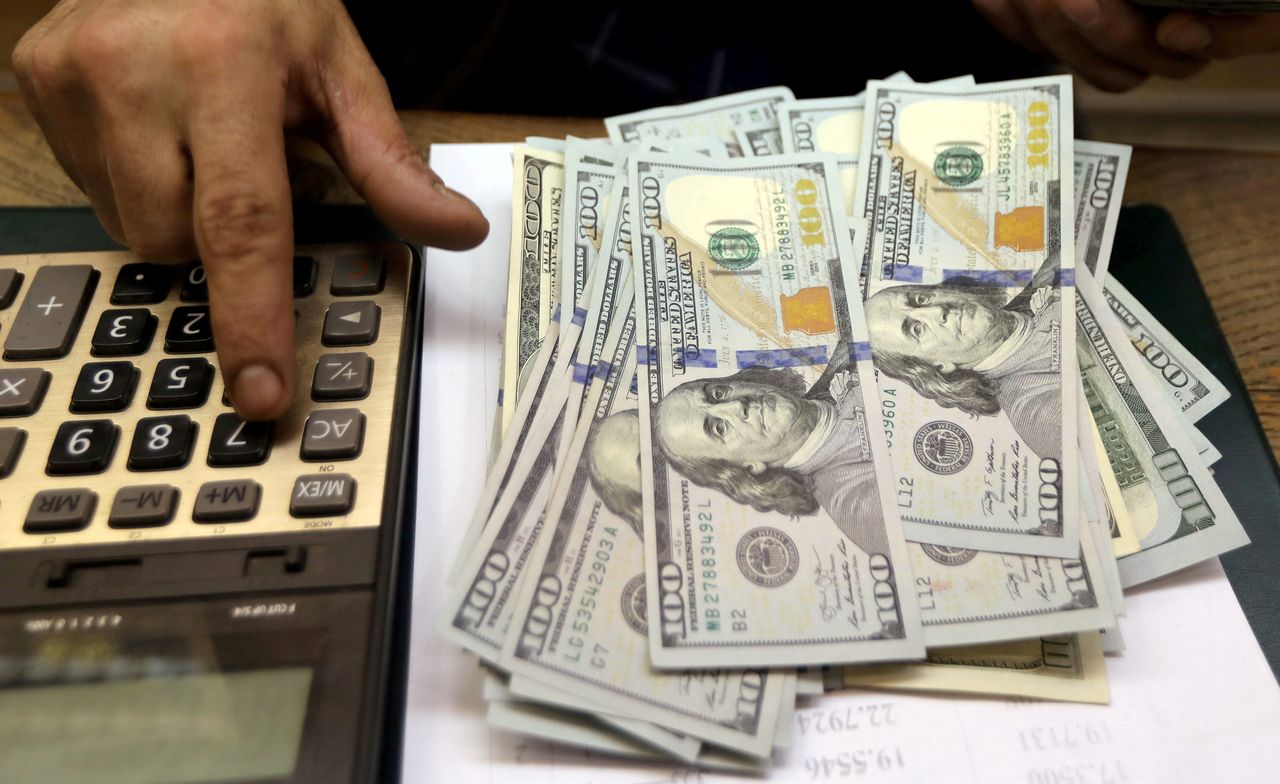 NEW YORK (Reuters) -The dollar was slightly higher on Wednesday after the release of the minutes of the U.S. Federal Reserve's latest policy meeting, which showed Fed officials wrestling with the onset of inflation and financial stability concerns but included no big surprises.

Fed officials last month felt substantial further progress on the economic recovery "was generally seen as not having yet been met," but agreed they must be ready to act if inflation or other risks materialize, according to the minutes of the central bank's June policy meeting.

The greenback eased a bit following the release of the minutes, then reversed course and edged higher.

"Today's minutes only serve to confirm that the Fed is going to be reducing asset purchases some time this year most likely," said Kathy Lien, managing director of BK Asset Management.

The dollar index, which measures the greenback against a basket of peer currencies, was up 0.135% at 92.664, consolidating near its recent 3-month high, even as U.S. bond yields fell to their lowest levels since February.

Pressure from the lower bond yields, along with some recent soft economic reports, likely contributed to the greenback's lackluster reaction to the Fed minutes, Lien said.

But the U.S. economy is emerging from the COVID-19 pandemic in better shape than Europe and Japan, which bodes well for the greenback, she added.

"Bottom line is, there wasn't a big reaction, but I don't think it stands in the way of an extension of the gains in the dollar," she said.

One of the main drivers of foreign exchange in the second half of the year will be the divergence of central banks that begin winding down monetary stimulus, based on solid economic fundamentals, and those that do not, said Win Thin, global head of currency strategy at Brown Brothers Harriman.

The U.S. dollar index is currently trading more than 3% above where it was in February when U.S. yields were last this low, he said.

"Which brings us back to anticipated U.S. economic performance and eventual withdrawal of stimulus by the Fed," he said.

The euro touched a three-month low against the dollar on Wednesday after German data raised doubts about the strength of the economic recovery.

Other risk-sensitive currencies took a hit after oil prices plunged as OPEC producers cancelled a meeting when major players were unable to come to an agreement to increase supply. [O/R]

The Australian dollar dipped 0.14% to $0.7484, stabilizing after a bounce on Tuesday when the Reserve Bank of Australia took a first step towards stimulus tapering.

The RBA announced a third round of its quantitative easing program, albeit at a smaller size than the previous two rounds, while retaining the April 2024 bond for its three-year yield target of 0.1%.

The Japanese yen traded little changed at 110.590 yen per dollar, still holding on to gains from its 15-month low of 111.64 touched last week.