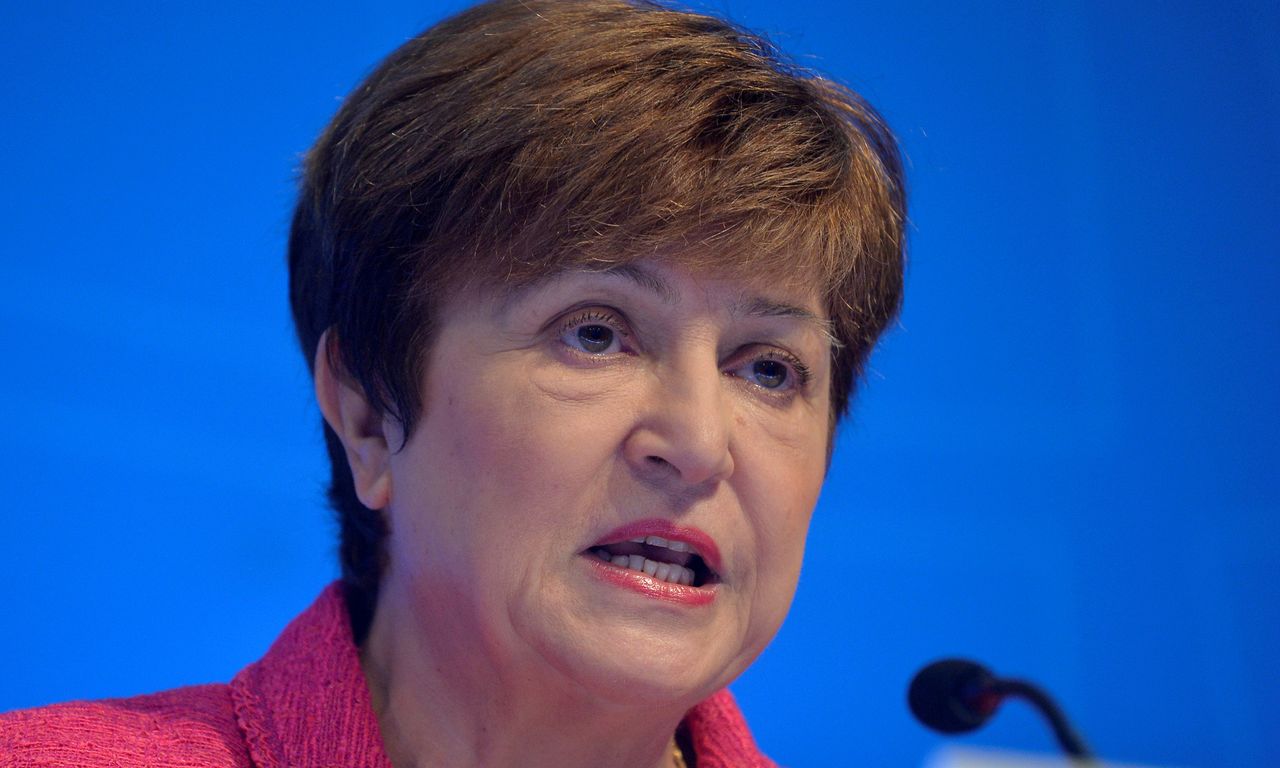 WASHINGTON (Reuters) - The International Monetary Fund on Wednesday said further fiscal support in the United States could fuel inflationary pressures and warned that the risk of a sustained rise in prices could require raising interest rates earlier-than-expected.

Georgieva said an accelerated recovery from the COVID-19 pandemic in the United States, where growth is seen reaching 7% in 2021, would benefit many countries through increased trade, but rising inflation could be more sustained than expected. The IMF forecasts global growth of 6%.

Other countries face rising commodity and food prices, which are now at their highest level since 2014, putting millions of people at risk of food insecurity, the IMF said in its report.

Market expectations suggested commodity prices would remain contained over the next few years, but inflation developments varied within advanced economies and were picking up more rapidly in Britain, the United States and the euro area, while remaining subdued in others, like Japan.

The IMF said the global economic outlook remained uncertain given questions about the evolution of the pandemic and progress on vaccinations, as well as the possibility that the pickup in inflation would prove "more persistent" than expected.

"While further fiscal support in some major advanced economies, including the United States, would benefit growth more broadly, it could also further fuel inflationary pressures," the IMF said.

A more sustained increase in prices could necessitate earlier-than-expected tightening of U.S. monetary policy, which could hit emerging and developing economies particularly hard, widening the divergence in recovery prospects.

Georgieva repeated her call for urgent action by the G20 countries to accelerate vaccinations to high-risk populations, warning of a "worsening two-track recovery" that is leaving a large number of countries behind while the United States, China, the euro area and a few others are recovering quickly.

Acting quickly could save more than half a million lives in the next six months alone, she said. The IMF was working with the World Bank and other institutions to move forward on its $50 billion plan to end the pandemic, she said, arguing that quicker progress could result in trillions of dollars of added global economic output.

The IMF urged countries to continue accommodative monetary policies, while closely monitoring inflation and financial stability risks. In countries where the recovery was accelerating, such as the United States, it would be "essential" to avoid overreacting to transitory increases in inflation, Georgieva said.