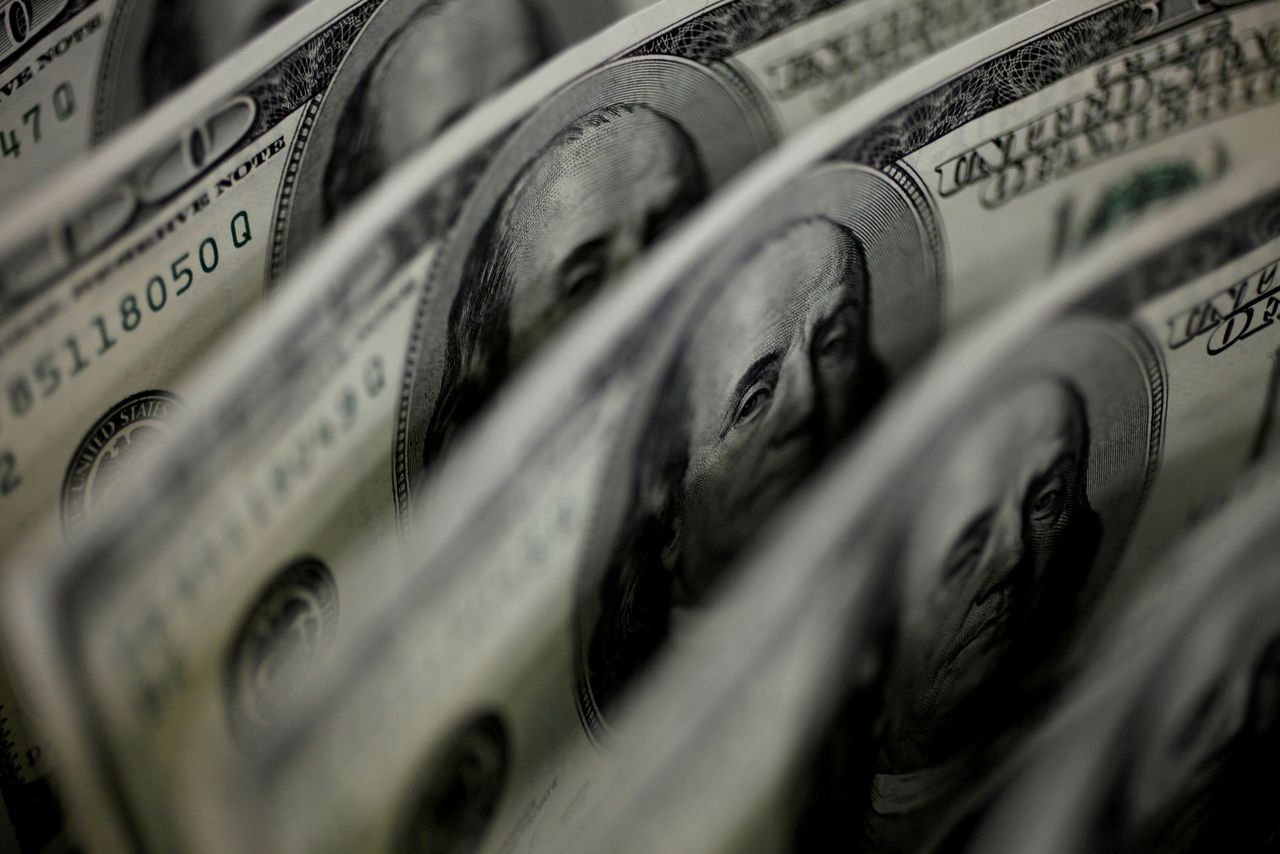 By Saikat Chatterjee and Sujata Rao

LONDON (Reuters) - An unwinding of bets by some hedge funds against 10-year U.S. Treasuries, the world's safest asset, explains the sudden ructions in bond markets, traders and fund managers told Reuters on Wednesday.

Yields on 10-year Treasuries, which move inversely to prices, recently stood at around 1.30% in New York trading after falling to a more than four-month low of 1.296 earlier in the session. They are now more than 45 bps below a January 2020 high of 1.77% hit in March.

The drop in bond yields paints a gloomy picture for the popular "reflation" trade, which has seen investors pile into economically-sensitive stocks that tend to do well when yields rise, including banks and energy companies. The Russell 1000 value index, which ripped higher earlier in the year, is down more than 2% from its early June peak.

Traders attributed the unwind to a variety of factors, from stop-loss orders triggering a cascade of Treasury buying to investors seeking havens amid growing worries over economic growth and the spread of the Delta variant of COVID-19.

One trader at a European bank said the move was fuelled by the drop in U.S. Treasury yields below the 1.40% level as many funds had hedged some of their wider reflation bets by putting stop-loss orders at that level.

Stop-loss orders are essentially trades where investors hedge their broader market trades by taking an opposite position to trim losses in case markets move against them.

Another trader saw the move as technical, saying U.S. Treasury yields were a variation of the popular "death cross" in financial markets, where short-term moving averages (50-day) intersect with longer-term averages (100-day) pointing to lower yields.

"There was a spike around the 1.38-1.40 area and getting through that triggered some stops (stop losses)," said Charles Diebel, head of fixed income at Mediolanum International Funds.

"When it got to those levels, people who were short were feeling uncomfortable and started selling."

A client survey from JP Morgan showed net bearish bets against Treasuries falling to their lowest level since late April in the week to July 6, while bullish positions stood at their highest since late March.

Net bearish bets on 10-year Treasury futures jumped to 59,960 contracts for the week ended June 29, according to the Commodity Futures Trading Commission. [US/]

"I think a lot of this is just short-covering,” said Justin Lederer, interest rate strategist at Cantor Fitzgerald in New York. "The market is not ready to go to higher yields and every little down tick is quickly met with buyers."

Daily turnover on the front-month 10-year U.S. Treasury futures was nearly 2 million contracts, the largest since May 26 but less than half of 2021's peak of more than 4 million in late February, according to Refinitiv data.

The move rippled across the yield curve and caught broader markets by surprise, with the high-flying Australian dollar weakening sharply.

Though yields were under pressure for the last few weeks, the move lower accelerated after they began July at below 1.50%.

The seasonal summer lull in financial markets are also a reason for outsized moves, said one fund manager who declined to be named. He said the moves in U.S. debt were triggered by hedge funds, though the size of the trades were not "massive".

Apart from positioning and technicals, the recent spread of the Delta COVID-19 variant and weak U.S. services activity data also weighed on investor sentiment, prompting them to seek safety in U.S. Treasuries.

"This is likely a shift in market narrative: away from inflation concerns to concerns about the sustainability of growth momentum, and you see that in pretty much every market," said Vasileios Gkionakis, head of FX strategy at Banque Lombard Odier & Cie SA.

(Reporting by Sujata Rao and Saikat Chatterjee in London; Additional reporting by Karen Pierog in Chicago; Editing by Thyagaraju Adinarayan and Gareth Jones)