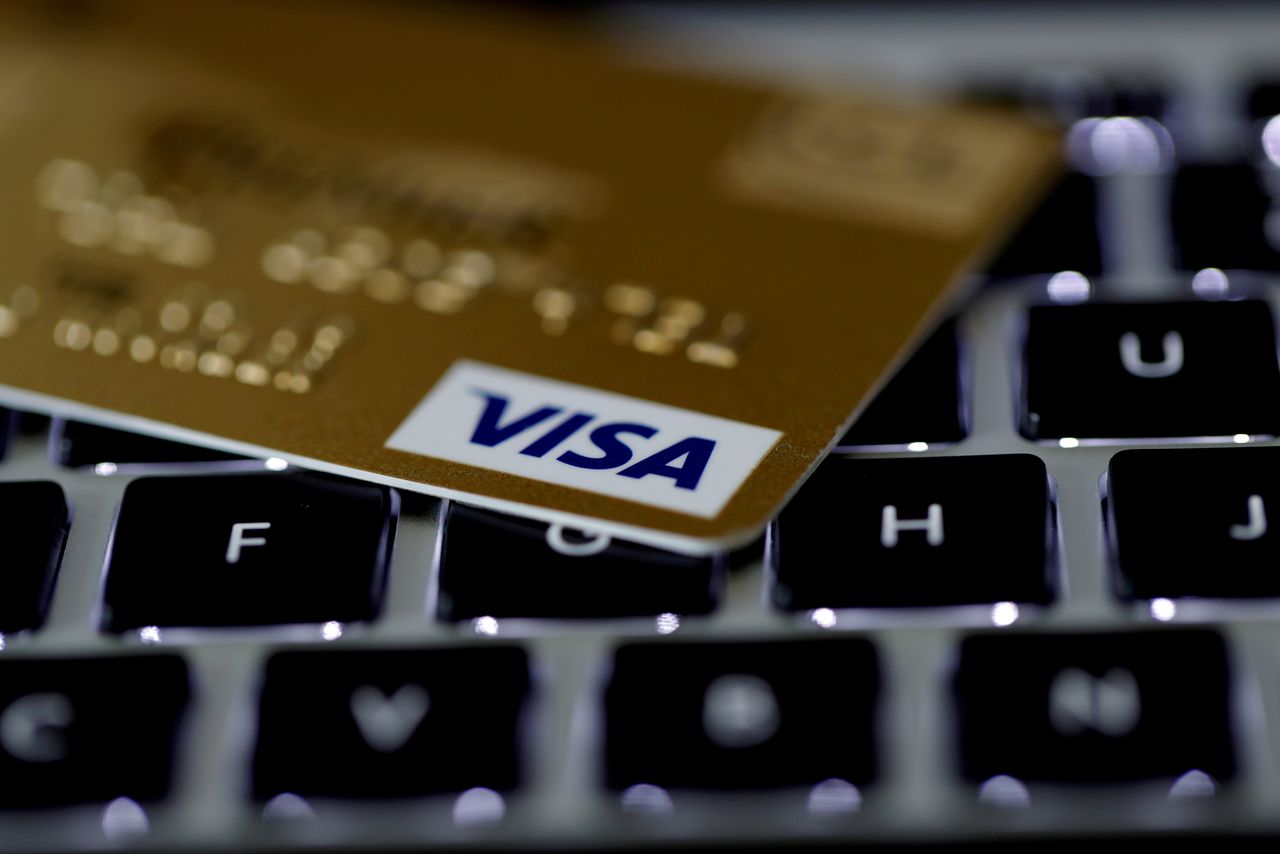 FILE PHOTO: A Visa credit card is seen on a computer keyboard in this picture illustration taken September 6, 2017. REUTERS/Philippe Wojazer/Illustration

(Reuters) - Visa Inc said on Wednesday its customers spent more than $1 billion on its crypto-linked cards in the first half of this year, as the payments processor takes steps to make crypto transactions smoother.

The company said it was partnering with 50 cryptocurrency platforms to make it easier for customers to convert and spend digital currencies at 70 million merchants worldwide.

The move is in line with Visa's broader acceptance of digital currencies. In March, the company announced it will allow the use of the USD Coin to settle transactions on its payment network.

Investor sentiment on cryptocurrencies has somewhat soured recently, with regulatory crackdowns in China and elsewhere. Bitcoin, the world's biggest cryptocurrency, has seen a punishing slide following the euphoria earlier this year which took it to record highs.

However, a clutch of high profile names are continuing to strengthen their involvement with the digital assets. Last week, Japan's investment giant SoftBank Group Corp invested $200 million in Mercado Bitcoin, one of the largest cryptocurrency exchanges in Latin America.

Wells Fargo & Co said in May it would onboard an actively managed cryptocurrency strategy for its wealthy clients, while Goldman Sachs Group Inc launched a crypto trading team the same month.

(Reporting by Niket Nishant in Bengaluru; Editing by Vinay Dwivedi)