TOKYO (Reuters) - The Olympics will take place without spectators in host city Tokyo, organisers said on Thursday, as a resurgent coronavirus forced Japan to declare a state of emergency in the capital that will run throughout the Games.

The move marked a sharp turnabout from as recently as last week, when some officials were still insisting they could organise the Games safely with some fans. It all but strips the global sporting showpiece, which is due to start on July 23 and run until Aug. 8, of its last vestiges of pomp and public spectacle.

Prime Minister Yoshihide Suga said it was essential to prevent Tokyo, where the highly contagious Delta variant of COVID-19 variant was spreading, from becoming a flashpoint of new infections.

People will also be asked not to gather for events on public roads, such as the triathlon, though officials said some venues outside the greater Tokyo metropolitan area would allow small numbers of spectators

"It is regrettable that we are delivering the Games in a very limited format, facing the spread of coronavirus infections," Tokyo 2020 President Seiko Hashimoto said, following talks between government officials, Tokyo organisers and Olympic and Paralympic representatives.

"I am sorry for those who purchased tickets."

Once seen as an opportunity for Japan to shine on a global stage after a devastating earthquake, tsunami and nuclear disaster over the past decade, the Games were postponed last year due to the pandemic and have been hit by massive budget overruns.

Much of Japan's population is still not vaccinated against COVID-19, stoking fears that an influx of thousands of athletes and officials will fuel more infections. Medical experts have said for weeks that holding the Games without spectators would be the least risky way of staging the event.

Organisers were still uncertain how much revenue would be lost due to the absence of spectators, Tokyo 2020 CEO Toshiro Muto said, adding they were looking to further cut staff.

Torch relays have been scaled back or taken off of public roads, and promotional events dropped. Tokyo - which had been counting on a record boom in tourism - has experienced none of the buzz and excitement that normally characterise host cities.

Japan's drive to hold the Olympics even as the epidemic worsened alienated much of the public and sparked concern among sponsors about a consumer backlash.

Suga said COVID-19 infections were on the rise in Tokyo, due in part to the Delta variant, warning that that it could hit the rest of the country.

"We absolutely must avoid Tokyo being the starting point again of another spread of the infection," he told a news conference.

Tokyo's neighbouring prefectures of Kanagawa, Saitama and Chiba will also not allow spectators at their Olympic events, the government said.

Japan has not suffered the kind of explosive COVID-19 outbreaks seen in many other countries. But it has had more than 810,000 cases and 14,900 deaths and the slow vaccine rollout has meant only a quarter of the population has had at least one shot.

New daily cases in the capital could increase to 1,000 in July and 2,000 in August, raising the risk of hospitals in the capital region running out of beds, according to projections from Yuki Furuse, a Kyoto University professor working with the government's coronavirus experts group.

The new state of emergency in Tokyo, under which restaurants will be asked to stop serving alcohol, will begin on Monday and run through to Aug 22. It was announced as the capital reported 896 new daily infections on Thursday, near highs last seen in mid-May.

International Olympic Committee (IOC) president Thomas Bach, who chaired Thursday's talks after arriving in Tokyo earlier in the day, told reporters that strict and successful measures were in place.

Underscoring the last-minute nature of Olympic preparations, which had left sponsors frustrated, organisers presented various spectator scenarios to sponsors as late as Wednesday, according to sources.

Sponsors were told that in the case of no spectators, all sports and opening and closing ceremonies would likely be held without fans, meaning tickets allocated to sponsors could not be used.

The absence of crowds seems certain to further strain the Games' budget https://www.reuters.com/article/us-olympics-2020-coronavirus-money-factb-idCAKCN2DY2MI, which has already blown out to an estimated $15.4 billion, with ticket revenues of about $815 million set to dwindle to close to zero.

Officials' assurances that spectators would attend were knocked back after a ruling party setback in a Tokyo assembly election on Sunday, which some allies of Suga attributed to public anger over the Olympics, sources said.

Japan will hold a parliamentary election this year and the government's insistence that the Games would not be postponed a second time could cost it at the ballot box, they said. 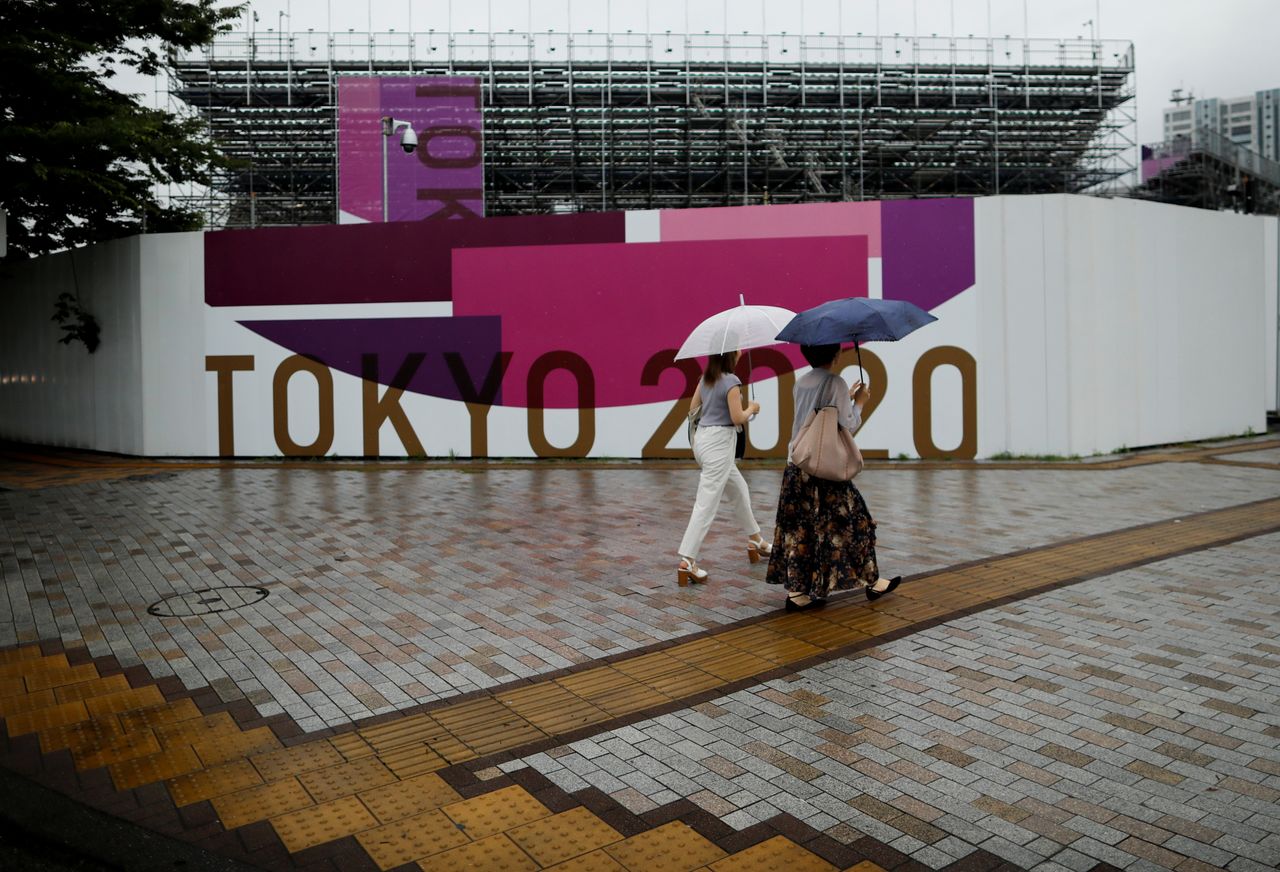 Scaffoldings for the spectator seats are seen at Aomi Urban Sports Park, ahead of the opening of the 2020 Tokyo Olympic Games that have been postponed to 2021 due to the coronavirus disease (COVID-19) outbreak, in Tokyo, Japan July 8, 2021. REUTERS/Issei Kato 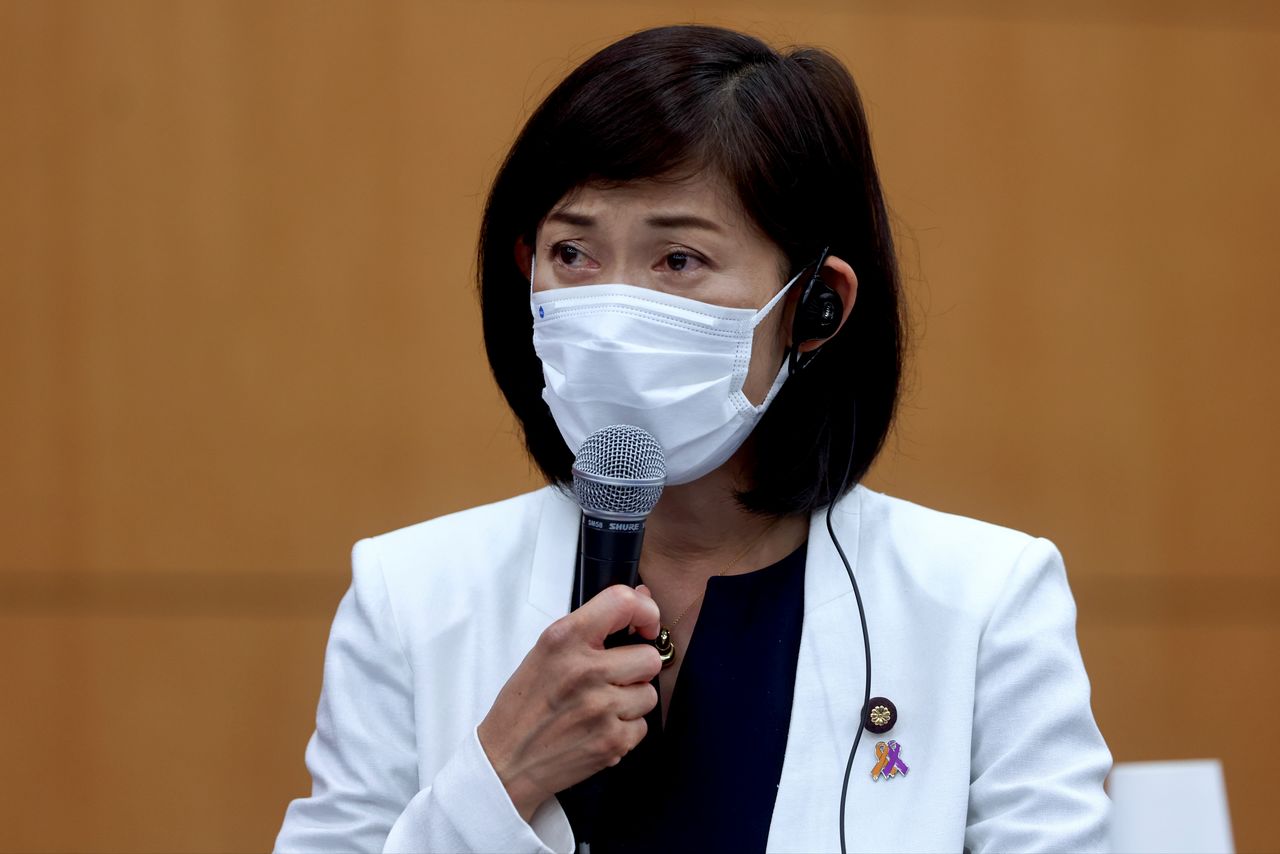 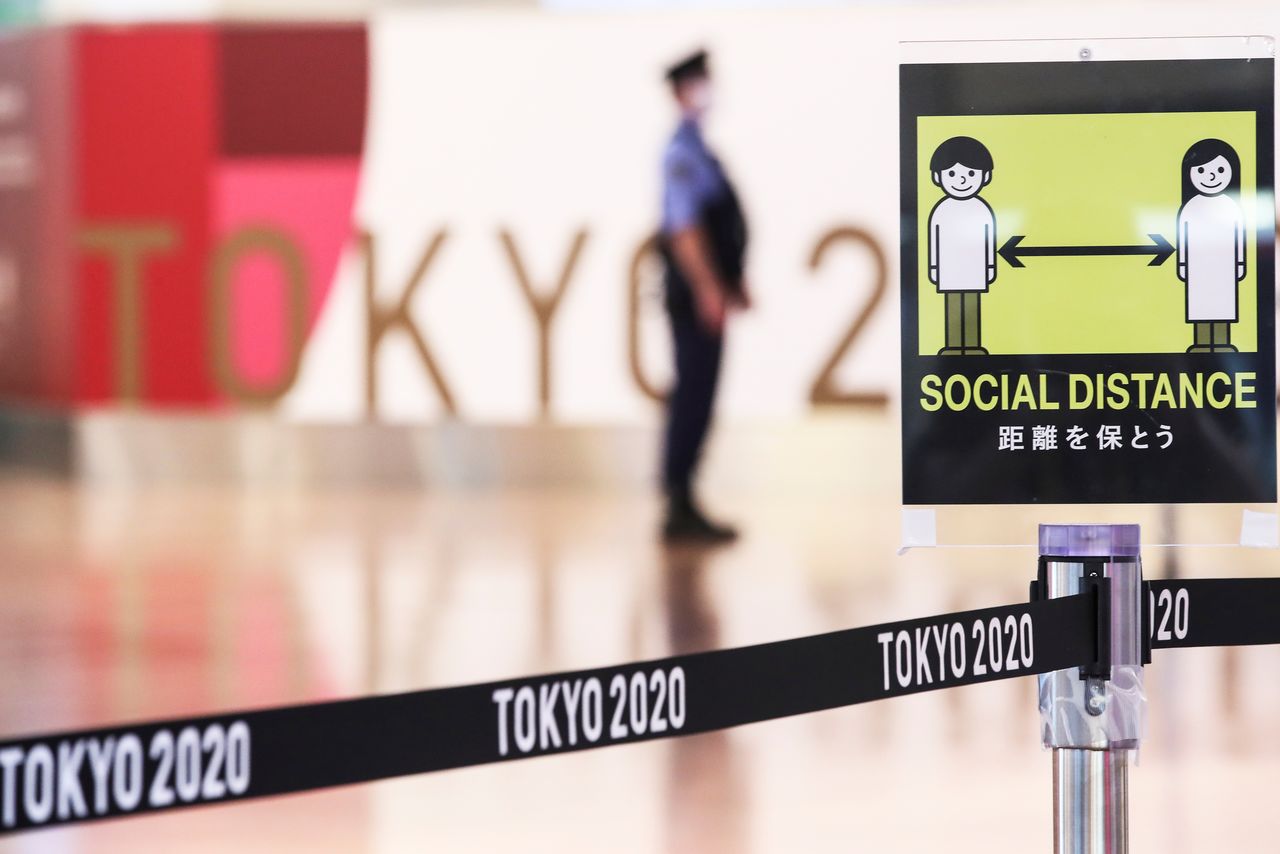 A social distancing sign is seen in front of a police officer before the arrival of International Olympic Committee (IOC) President Thomas Bach at Haneda Airport ahead of Tokyo 2020 Olympic Games, in Tokyo, Japan July 8, 2021. REUTERS/Kim Kyung-Hoon