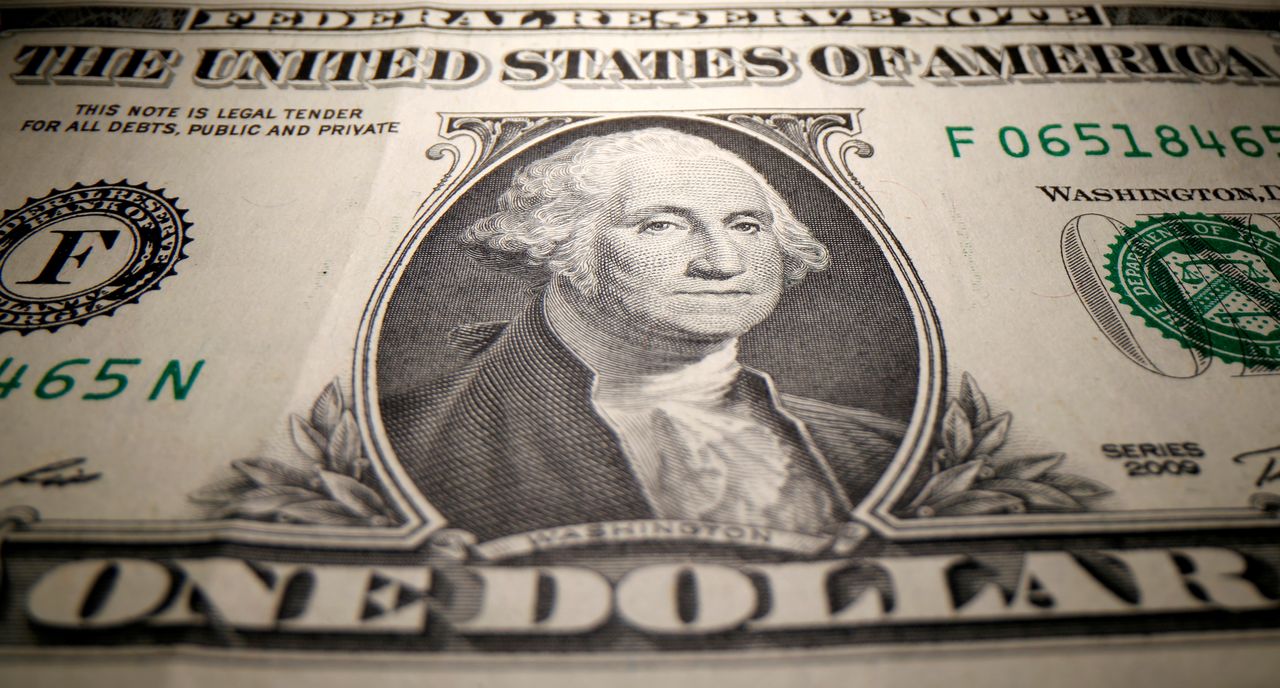 NEW YORK (Reuters) - The dollar fell on Thursday from a three-month high against a basket of peers, with the euro getting a boost as investors unwound bets on risky currencies and as concerns over the spread of COVID variants increased the demand for safe havens.

The greenback was weaker against the euro, the Japanese yen and the Swiss franc, which are generally low-interest rate, stable markets that traders short, using the proceeds to buy riskier assets, said Marvin Loh, senior global markets strategist at State Street.

But with bond yields rising and equity markets tanking, riskier positions in currency markets were sold off, benefiting the euro, as well as the yen and the franc, which are also considered safe-haven currencies.

"When you have this kind of unwind going on, you've got strength in those currencies," said Loh.

The euro held on to earlier gains after the European Central Bank set a new inflation target and claimed a role in fighting climate change after a strategy review, with the single currency last up 0.39% against the dollar, at 1.18365.

The dollar index, which measures the greenback against six rivals, was down 0.297% at 92.493 from Wednesday, when it reached 92.844 for the first time since April 5. (Graphic on World FX rates) https://tmsnrt.rs/2RBWI5E

The global spread of COVID variants has added to fears that there could be some disappointment in terms of economic growth in the coming months, said Mazen Issa, senior FX strategist at TD Securities.

"While we are cautious in interpreting price action at a time of the year when liquidity is not as plentiful, we think markets are contemplating a potential growth scare as the Delta variant spreads and infections rise," he said.

Data on Thursday showed the number of Americans filing new claims for unemployment benefits rose unexpectedly last week, an indication that the labor market recovery from the COVID-19 pandemic continues to be choppy.

"It's an indication that if these numbers continue not to be anything stellar, or that we're not moving towards full employment, that leaves the Fed room to just take it easy and not necessarily think about a tapering timeline," Juan Perez, senior currency trader at Tempus Inc, said of the data.

Minutes of the U.S. Federal Reserve's June policy meeting released on Wednesday showed that while the economic recovery "was generally seen as not having yet been met," Fed officials agreed they should be poised to act if inflation or other risks materialized.

A Reuters poll expects the Fed to announce a strategy in August or September for tapering its asset purchases. While most predict the first cut to its bond-buying program will begin early next year, about a third of respondents forecast it will happen in the final quarter of this year.