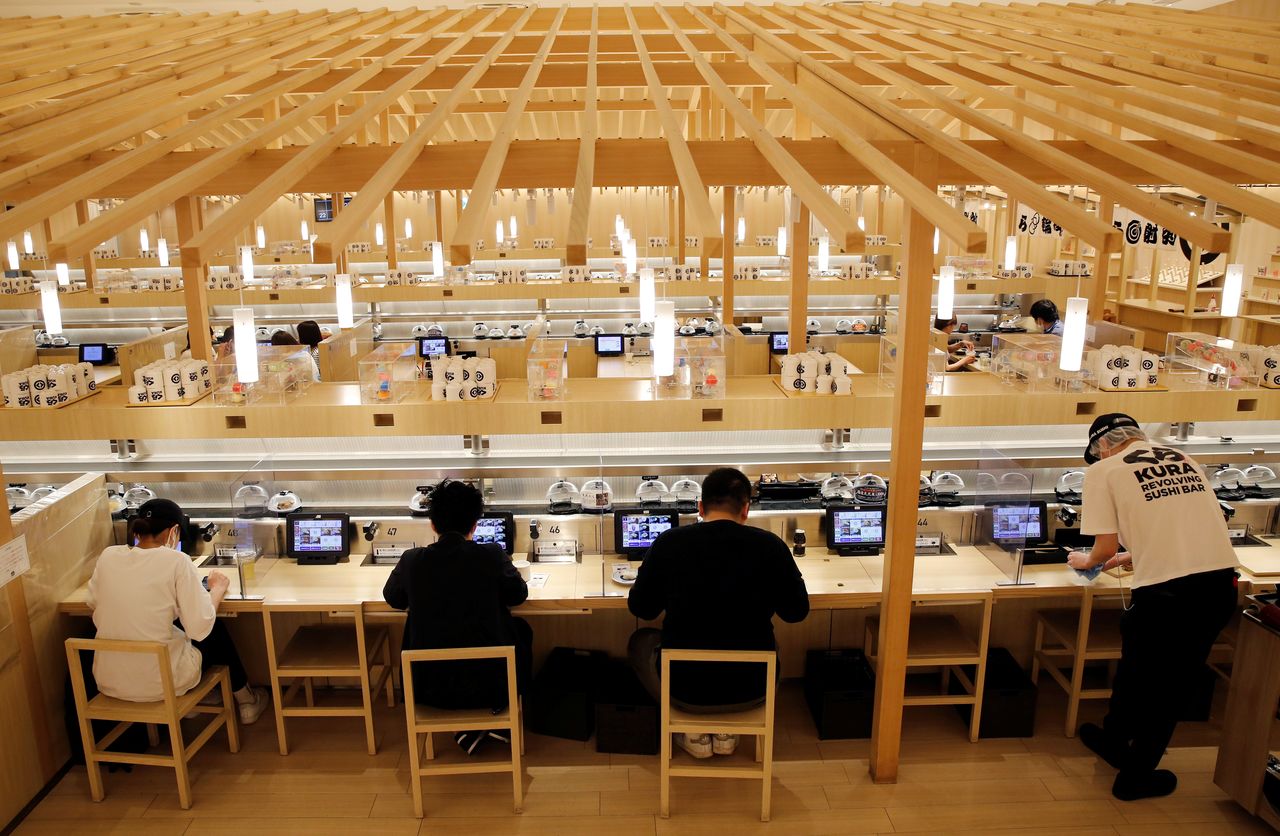 even as the government prepared to declare a state of emergency for Tokyo to curb a new wave of coronavirus infections.

The index, which rose 9.5 points to 47.6 in June, is based on a survey of workers such as taxi drivers, hotel workers and restaurant staff who are called "economy watchers" for their proximity to consumer and retail trends.

While that index focused on prevailing business conditions, a separate index measuring the outlook for future conditions improved for a second straight month, gaining 4.8 points to 52.4 in June.

Some analysts say the improvement could prove temporary given that the plans for a fourth round of coronavirus emergency measures in Tokyo from next week through August 22, to make the capital safer while it hosts the Olympic Games.

Based on the survey, the Cabinet Office upgraded its view of the economy, saying it was "picking up", albeit from a severe condition.

Having also sounded a cautiously optimistic note, the Bank of Japan is set to hold a policy review on July 15-16, when it will give its latest projections for growth and inflation.

Japan's economy shrank an annualised 3.9% in the first quarter and likely grew only modestly in the April-June period.

Many analysts expect consumption to remain a soft, due in part to a slow vaccine roll-out.