TOKYO (Reuters) - Japanese Olympics sponsors are cancelling or scaling back booths and promotional events tied to the Tokyo 2020 Games, frustrated by “very last minute” decisions by organisers and a delay on whether spectators would be allowed, sources told Reuters.

The moves by more than a dozen companies, including Canon, Tokio Marine & Nichido Fire Insurance and Ajinomoto, highlight the delicate situation for sponsors, who have tied themselves to a Games now hit by the COVID-19 pandemic and public opposition.

Some 60 Japanese companies paid a record of more than $3 billion for sponsorship rights and then another $200 million to extend their contracts after the Games were delayed last year due to the pandemic. Unlike “worldwide partners” with multi-year deals, domestic sponsors are only involved in the Tokyo Games.

They have been frustrated by what one of the sources described as “impromptu” decisions by organisers, particularly the months-long delay on whether spectators would be allowed.

Organisers had banned overseas spectators and planned a cap on domestic viewers at 50% of capacity, or up to 10,000 people.

But now just two weeks away from the start, Japan is likely to ban all spectators https://www.reuters.com/world/asia-pacific/japan-set-declare-state-emergency-tokyo-area-through-aug-22-minister-2021-07-08, as it prepares to declare a state of emergency for Tokyo that will run through its hosting of the event. Tokyo recently reported 920 coronavirus cases in one day, the most since May.

“We are finally making decisions on our own, without waiting for the organisers’ cue,” said one source, an employee at one sponsor, who, like other people interviewed, declined to be identified because the information is not public.

Tokyo 2020 said they could not immediately reply to a request for comment due to enormous amounts of inquiries.

Organisers are set to formally reach a decision on spectators later on Thursday, the Asahi daily said.

The area, on the Tokyo waterfront, was supposed to feature “cool spots, rest areas and dining spaces” and be open to spectators and non-ticket holders, according to organisers.

But organisers have urged spectators to travel directly to and from venues without any detours and that is a “huge factor” against setting up booths, one of the people said, as it means spectators, if allowed, will not be able to visit booths.

Canon had planned to set up a photo spot for visitors, the person added. The company declined to comment.

A spokesperson for Tokio Marine & Nichido Fire Insurance said it does not have plans for a booth at the moment.

However, Swatch Group’s Omega brand, a global sponsor, and domestic sponsor Eneos Holdings Inc told Reuters they would go ahead with plans for booths.

Booths along the promenade are likely to be cancelled if spectators are banned, a person at the organising committee said.

Tokyo 2020 said plans for the area had not been called off and it was finalising a list of sponsors who would participate.

The company worried the monument - dubbed “Big Kasumi” - would attract a crowd. It is being stored in an Asics warehouse until another location is determined, a spokesperson said.

NO TIME TO PARTY

Sponsors have also downgraded entertainment plans for clients, including Japan’s top chief executives, according to the employee at a sponsor.

Companies had planned parties with private cars, lounges and celebrity guests but by June those were reduced to Olympic tickets with hotel stays or gifts, the employee said.

Some 14 sponsors are now scrapping or further scaling back their plans, the employee said.

Seasoning maker Ajinomoto decided last month to scrap its hospitality programme and no longer plans to give away tickets to consumers, a spokesperson said.

A Panasonic spokesperson declined to comment on the details of its hospitality programme, but said it could be changed or cancelled depending on the pandemic situation.

Some companies are also worried about being associated with the Games that are unpopular with the public, multiple sources have said. Most Japanese are against the Games going ahead, polls have shown.

One source at a sponsor company said there was concern the public would feel it “unfair” that sponsors could attend instead of other ticketholders. “It’s an awkward situation.”

Companies are also worried about bad publicity if their executives are shown on live television in the stadium.

An executive at one sponsor recalled watching celebrities at a major world sporting event being shown close up.

“Their faces were clearly shown,” the executive said.

“Any well-known top executive would certainly stand out in a bad way at the Olympics, if they’re zoomed in on like that.” 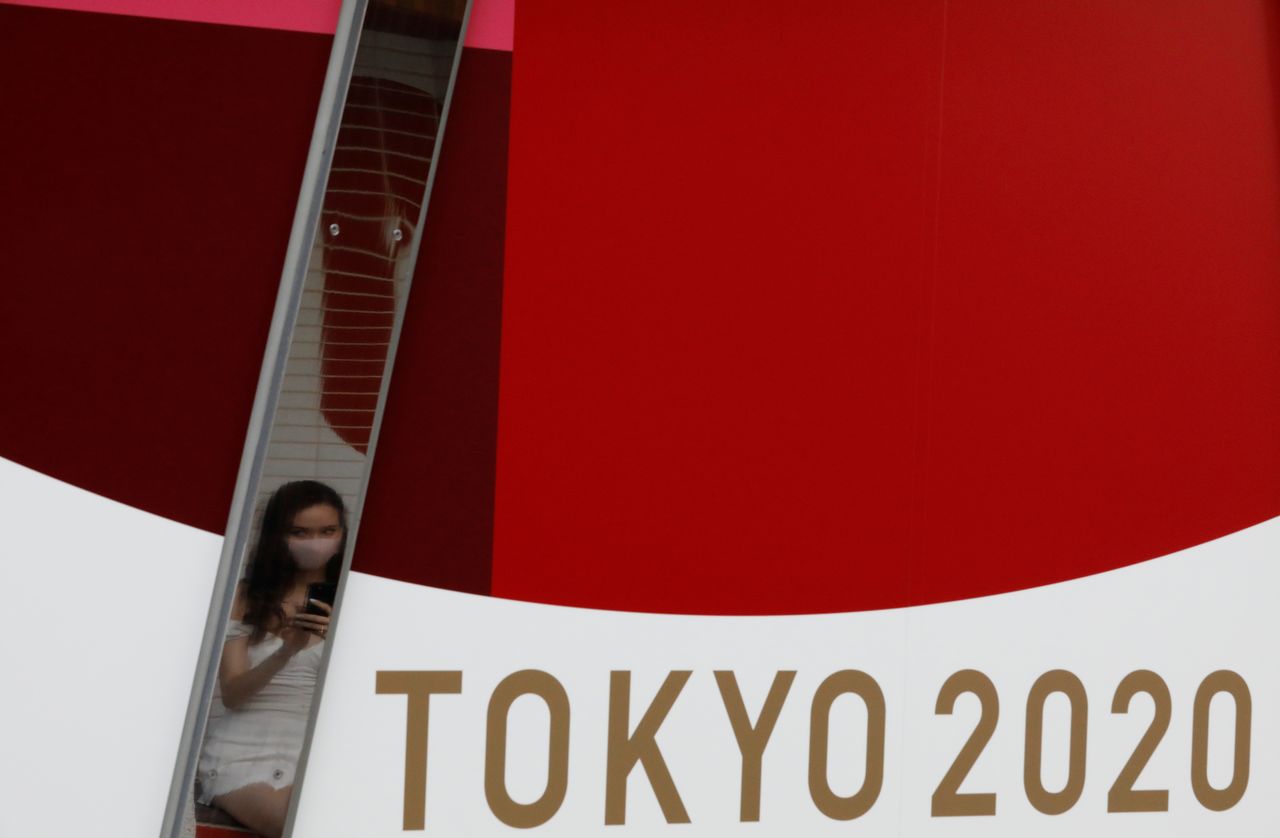 A woman wearing a protective mask, following the coronavirus disease (COVID-19) outbreak, is reflected on a metal bar on an advertisement for Tokyo 2020 Olympic Games in Tokyo, Japan, July 7, 2021. REUTERS/Kim Kyung-Hoon/ 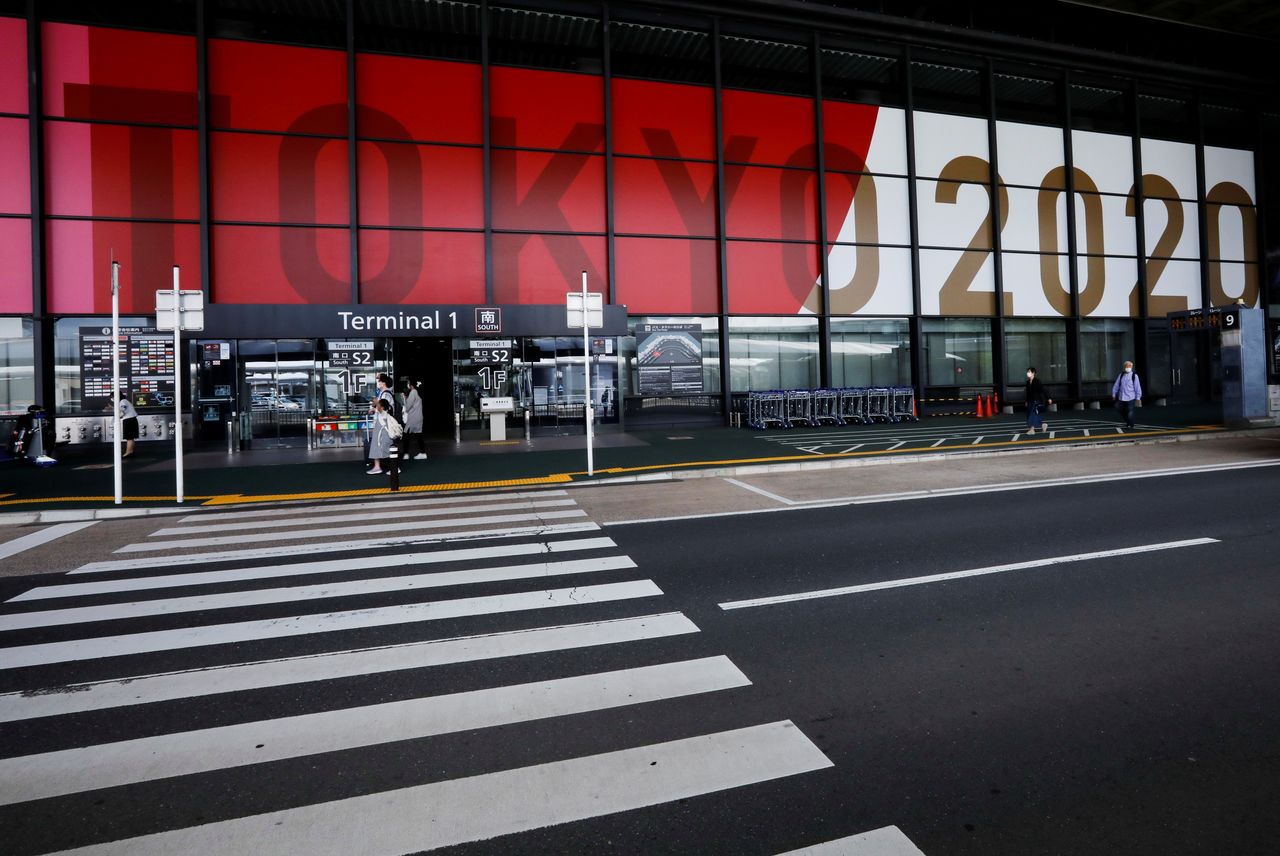