Factbox-India's Modi brings in fresh faces to reinvigorate his government 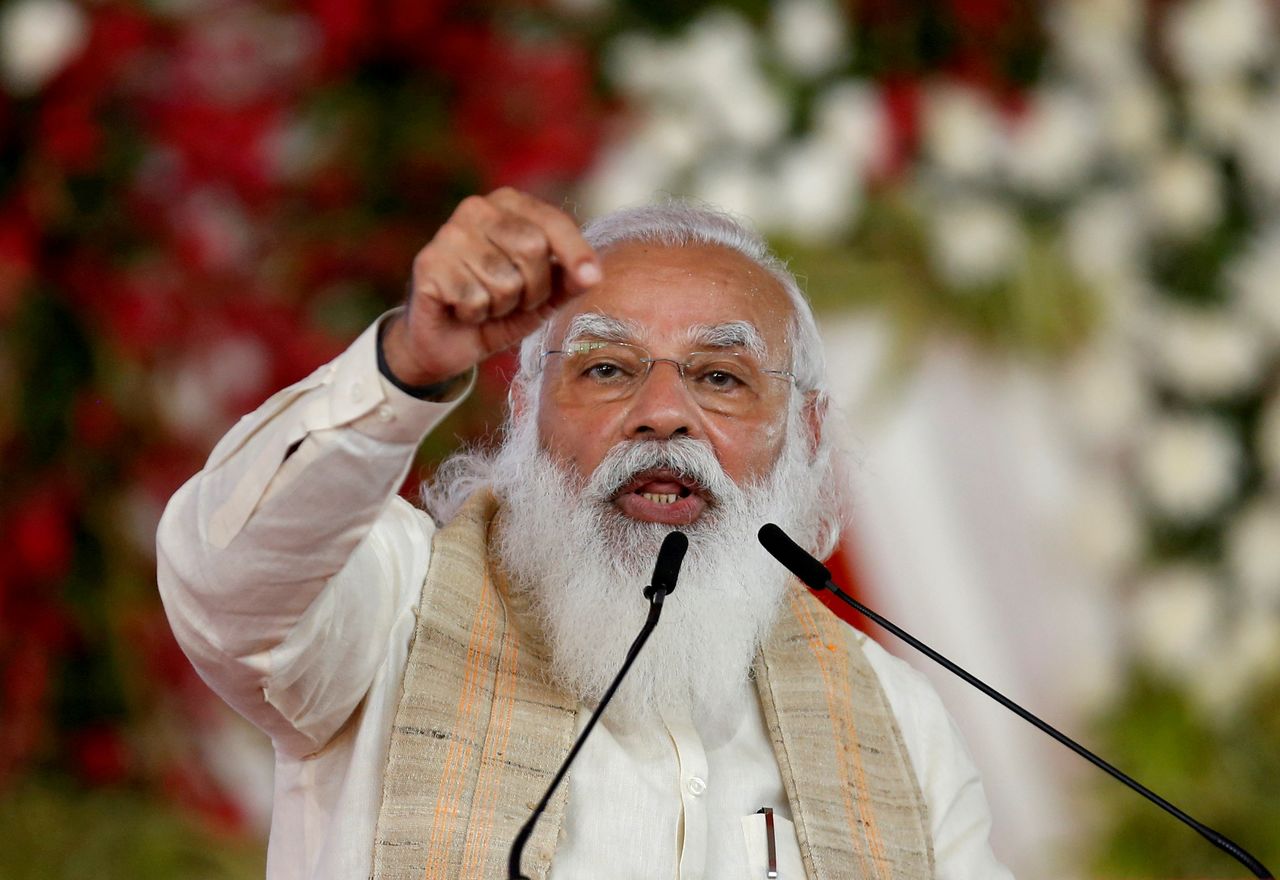 (Reuters) - Indian Prime Minister Narendra Modi has appointed new cabinet ministers for health, IT and oil in a bid to reinvigorate his government after fierce criticism of its handling of the coronavirus pandemic.

Twelve ministers resigned as part of the revamp on Wednesday, the first since Modi was re-elected to power in 2019. He did not make any change to his core team in the finance, defence, home and foreign ministries.

Below are some of the changes in main ministries.

Mansukh Laxman Mandaviya, 49, took over as health minister after Harsh Vardhan and his deputy stepped down, paying the political price for the government’s struggles to cope with a devastating second wave of coronavirus infections.

Mandaviya, from Modi's home state of Gujarat, was junior minister of chemicals and fertiliser before his promotion to head the health ministry.

He has a masters degree in political science and started his political career at the age of 20 by joining the ruling Bharatiya Janata Party's (BJP) youth wing. He will also handle the chemicals and fertiliser ministry.

Ashwini Vaishnaw, a former bureaucrat with a management degree from Wharton School of the University of Pennsylvania, will replace veteran BJP leader Ravi Shankar Prasad at the sensitive IT ministry.

He steps in at a time the government has been trying to enforce laws to regulate content on social media platforms run by Twitter Inc, Alphabet Inc.'s Google, and Facebook in one of the world's fastest-growing internet markets.

Outgoing minister Prasad had been vociferously defending the government's bid to exert control over user data and online discussion. Vaishnaw will also look after the railway ministry.

Jyotiraditya Scindia, who was once one of the rising stars in the main opposition Congress party but left it to join Modi's BJP becomes aviation minister. His first challenge will be to organise the sale of loss-making national carrier Air India. Scindia has also been entrusted with reviving the aviation industry that has been hit hard by the pandemic.

He completed his undergraduate studies at Harvard University and got a management degree from the Stanford Graduate School of Business.

Scindia, from a family of politicians, served as minister of power in the cabinet of former prime minister Manmohan Singh from October 2012 until May 2014.

Hardeep Singh Puri, a former top diplomat turned politician, was appointed oil minister. Puri, who earlier held the civil aviation portfolio, takes over as global oil prices are surging, adding to pressure on an economy battered by the coronavirus.

Domestic pump oil prices are shooting up and the opposition is mounting a campaign against the government hoping to exploit public anger.