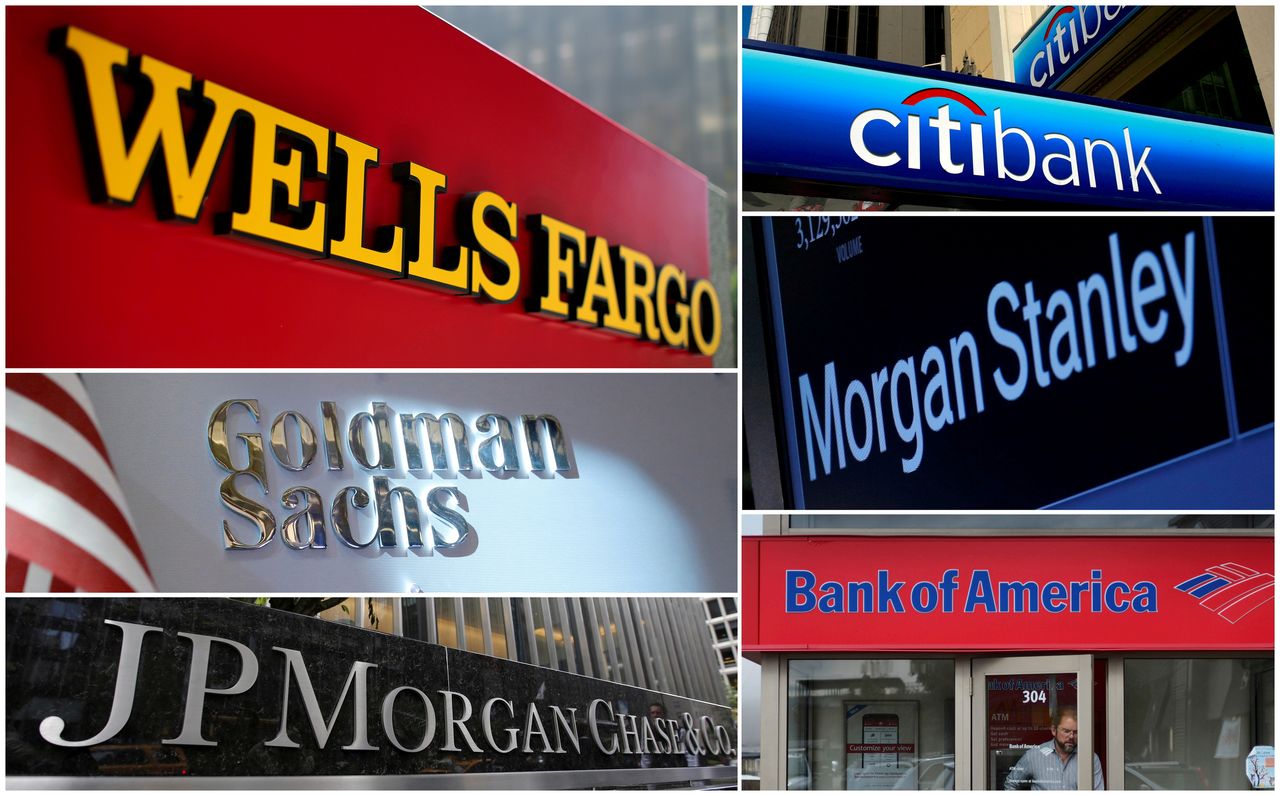 (Reuters) - With feared pandemic loan losses failing to materialize, most big U.S. banks are expected to report a stunning rebound in quarterly profits next week even as trading income slumps and lending revenue stalls on low interest rates and weak demand.

Among them, Bank of America Corp, Citigroup Inc and JPMorgan Chase & Co, the country's three largest banks, will more than double their second-quarter profits, according to analyst estimates compiled by Refinitiv.

Wells Fargo & Co, the fourth-largest U.S. lender, is expected to get back into the black for the second quarter after last year posting its first loss since 2008.

But due to extraordinary government stimulus and loan repayment holidays, those losses have not materialized and as Americans get back to business-as-usual, the big four could record less than $1 billion of provisions for the second quarter, according to analyst estimates.

Together, Bank of America, Citigroup, JPMorgan and Wells Fargo are expected to report $24 billion in second-quarter profits compared with $6 billion last year, the analyst estimates show.

"Normalization is playing out," said analyst Jeff Harte of Piper Sandler. "We're getting there."

Goldman Sachs Group Inc and JPMorgan will be the first big banks to report this quarter when they unveil their results on Tuesday, July 13.

Analysts, though, will be scrutinizing big banks' pre-provision profits to understand how they are really performing.

Generally, they expect a slump in core businesses amid low interest rates and lack of loan growth, particularly on credit cards which many Americans, who reduced spending amid lockdowns, were able to pay off with help from stimulus checks.

Trading revenue, which soared across Wall Street last year due to wild volatility, is also expected to fall.

At JPMorgan, for example, pre-provision second-quarter earnings will be down about 20% on the year-ago period, according to estimates by Chris Kotowski of Oppenheimer.

That will be driven by a decline in lending-related interest income and trading. CEO Jamie Dimon said last month that JPMorgan trading revenue could fall as much as 40% as markets become "more normal."

Still, JPMorgan and other Wall Street banks should make up some of the shortfall thanks to a record-breaking takeover boom which has showered them with advisory fees.

Financial advisory revenue at Goldman Sachs, for example, could jump 65% from a year earlier, according to UBS analyst Brennan Hawken.

"We're set up for M&A to take the headlines," said Harte of Piper Sandler, adding some banks will also report strong fees from securities underwriting.

Goldman, which has less lending exposed to swings in loss provisions, is expected to report a 50% jump in profit on the strength of its advisory and underwriting businesses, analysts estimate.

For some Wall Street banks, however, the deal fee windfall could have less of an impact on the bottom line this quarter.

Morgan Stanley, for example, may not show the same gain in investment banking fees as its peers because fewer of its deals closed in the quarter, according to research by analysts at RBC Capital Markets.