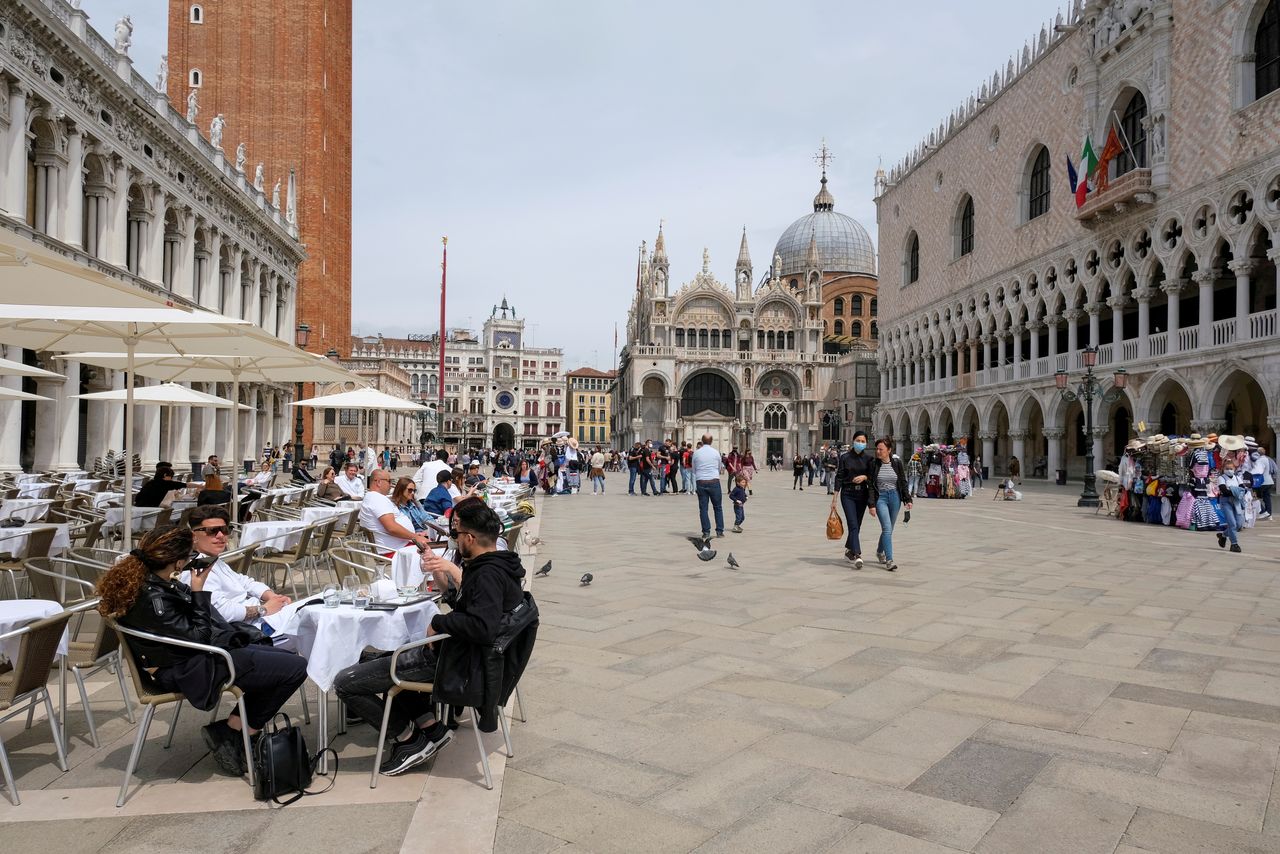 By Francesco Guarascio and Christian Kraemer

VENICE (Reuters) -Finance chiefs of the G20 club of large economies have backed a landmark move to stop multinationals shifting profits into low-tax havens and win back hundreds of billions of dollars in lost revenues, a draft communique showed.

The agreement at talks in the Italian city of Venice is set to be finalised on Saturday and caps eight years of wrangling over the issue. The aim is for country leaders to give it a final blessing at an October summit in Rome.

The pact to establish a minimum global corporate tax rate of at least 15% is an attempt to squeeze more money out of tech giants like Amazon and Google as well as other multinationals able to shop around for the most attractive tax base.

While tax campaigners point to loopholes in the proposals and wanted a more ambitious crackdown, the move is a rare case of cross-border coordination in tax matters and could strip many tax havens of their appeal.

"We invite all members that have not yet joined the international agreement to do so," the communique seen by Reuters said of a number of countries still resisting the move.

Two sources said the statement was expected to be released at the end of talks on Saturday without changes.

That would represent political endorsement of an agreement this month among 131 countries at talks hosted by the Paris-based Organisation for Economic Cooperation and Development.

Momentum for a deal accelerated this year with the strong backing of the Biden administration in the United States and many public treasuries around the world stretched by the massive fiscal support needed to shield pandemic-ravaged economies.

Geoffrey Okamoto, First Deputy Managing Director of the International Monetary Fund, called it a "net win for the world" but said work was still needed to simplify the agreement for countries, especially poorer ones, to take it on board.

"It has to be simple enough for the vast majority of the world to actually implement and administer it," he told Reuters.

If all goes to plan, the new tax rules should be translated into binding legislation worldwide before the end of 2023. However, a fight in the U.S. Congress over President Joe Biden's proposed tax increases on corporations and wealthy Americans could yet create hurdles.

Equally, there could be difficulties because European Union member states Ireland, Estonia and Hungary are among the countries that have not yet signed up.

"I am convinced that in the end we will come to a joint decision in the EU," German Finance Minister Olaf Scholz told radio station DLF before heading to the talks.

The meeting of G20 finance ministers and central bankers in Venice is their first face-to-face encounter since the start of the COVID-19 pandemic.

The G20 members account for more than 80% of world gross domestic product, 75% of global trade and 60% of the population of the planet, including big-hitters the United States, Japan, Britain, France, Germany and India.

In an addition to earlier drafts, the communique said the support measures being put in place by wealthier countries to shield their economies from the ravages of the pandemic must be in line with central bank commitments to keep inflation stable.

"We will continue to sustain the recovery, avoiding any premature withdrawal of support measures, while remaining consistent with central bank mandates -- including on price stability," it read.

Concerns have been rising recently that ultra-loose monetary policy in many countries following the pandemic could unleash a surge in inflation, possibly testing major central banks' commitment to maintain stable prices.

The statement also urged faster distribution of COVID-19 vaccines, drugs and tests across the world, but made no new commitments to that end, and called on the International Monetary Fund to come up with ways for countries to steer IMF resources towards needier nations.

The IMF said on Friday its executive board had backed a $650 billion allocation of IMF Special Drawing Rights, advancing the distribution of currency reserves to the Fund's 190 member countries towards a targeted completion by the end of August.

She was speaking days before the EU unveils next week a so-called carbon border adjustment mechanism (CBAM) imposing levies on the carbon content of imported goods.

The scheme is an attempt to discourage "carbon leakage", the transfer of production to countries with less onerous emissions restrictions, but some trading partners fear it could act as a protectionist tool.