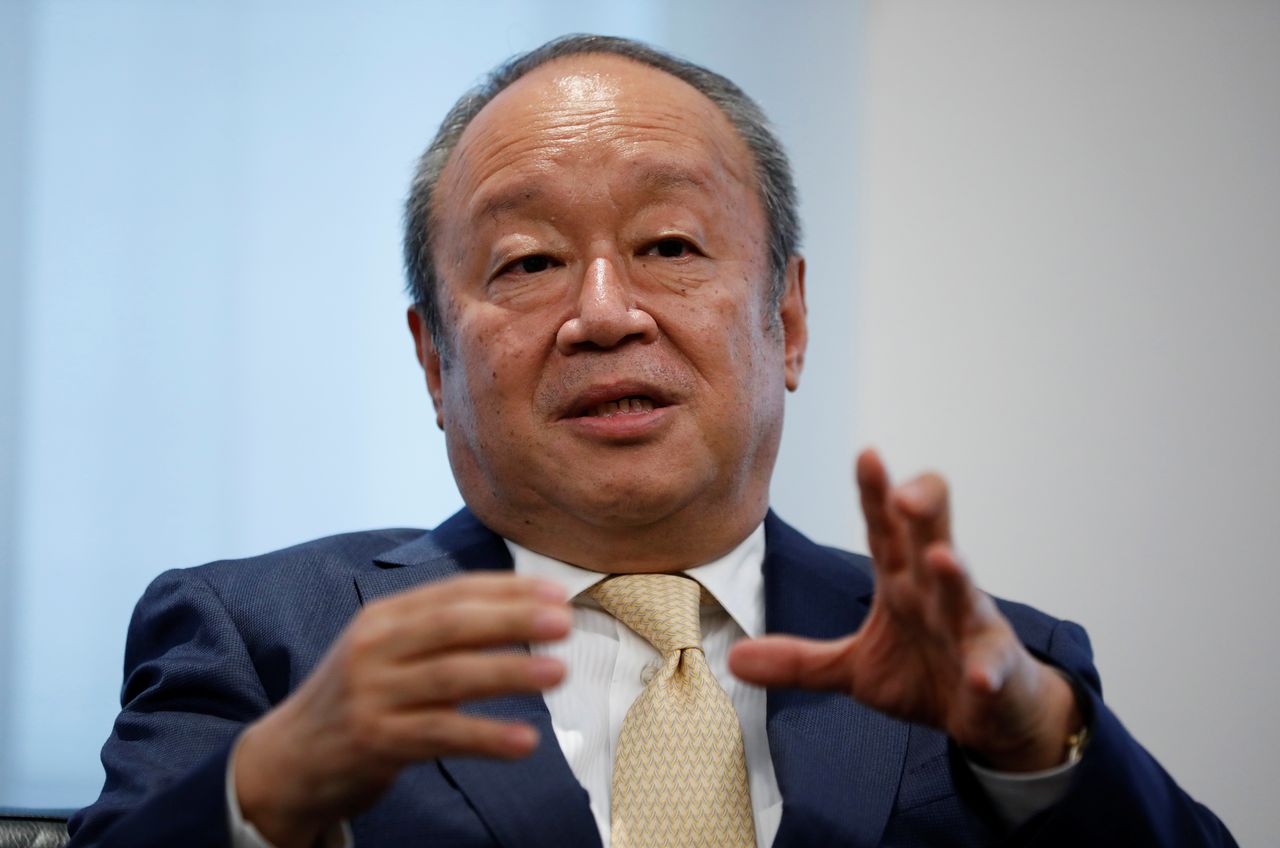 Teiichi Goto, President and CEO of Fujifilm Holdings, speaks in an interview with Reuters in Tokyo, Japan, July 7, 2021. REUTERS/Kim Kyung-Hoon

TOKYO (Reuters) - Fujifilm Holdings Corp is banking on its fast-growing drug ingredients business to drive future profits, the company's new chief executive said, after stumbles in certifying its own Avigan anti-viral drug for treatment of COVID-19.

CEO Teiichi Goto is heading up a three-year, $11 billion investment plan to cement healthcare as Fujifilm's biggest centre of revenue and profit as the company continues to diversify from its original photo business.

"Businesses like healthcare are like a deep, blue ocean," Goto, 62 and a near 40-year veteran of the company, told Reuters on Wednesday. "It's not going anywhere."

Goto said supplying other drugmakers as a so-called contract development and manufacturing organization (CDMO) will deliver predictable contracts from multiple buyers and provide a lower "magnitude of risk" than full drug development.

"In the pharmaceutical industry, making a drug is a huge investment, and there is no guarantee of success," Goto, who became CEO on June 29, said.

Revenue from the CDMO segment exceeded 100 billion yen ($906 million) last year, 1.7 times that of the previous year, and it is expected to double again by 2024, Goto said. The segment is a major growth engine for the overall healthcare segment, which currently accounts for a quarter of all income and is forecast to grow to 32% in the next two years, Fujifilm said in April.

The company said in April it expects the focus on healthcare to help drive operating profit to a record 260 billion yen in fiscal 2023. Healthcare is seen accounting for 103 billion yen of that total, eclipsing all other segments, including materials and imaging.

Fujifilm's experience with Avigan, at one point Japan's biggest scientific contribution to the fight against COVID-19, shows the pitfall of betting on the development of individual drugs.

Former Prime Minister Shinzo Abe ordered Fujifilm in April last year to triple national stockpiles of the drug, known generically as favipiravir, and pledged donations to needy countries. Based on early studies showing it eased the symptoms of COVID-19 and reduced hospital stays for serious cases, the drug was approved as a treatment in India and Russia.

However, studies in Japan have been inconclusive on its efficacy and regulators have held off approving the drug.

Goto said a new phase III trial in Japan should yield data by the end of October.

"I'd be happy if it's approved," Goto said. "But that's not my decision. It's up to the health ministry."

Besides Avigan, Fujifilm had 11 drugs in its research pipeline as of May. The company has also made high-speed diagnostic tests for various strains of COVID-19, and it has partnered with U.S.-based biotech VLP Therapeutics to make a self-replicating mRNA COVID-19 vaccine.

As part of the shift, it has invested billions of dollars into European and American factories that make drug ingredients. It also makes bulk chemicals for use in COVID-19 treatments made by Eli Lilly as well as ingredients used in Novavax Inc's coronavirus vaccine.

Though still known largely for its photo business, the company's Imaging Solutions segment that includes film now makes up just 13% of total revenue.

Goto was an early leader in the start of the pivot toward healthcare in the mid-2000s under former CEO Shigetaka Komori, whose previous push into digital technology saved the company from bankruptcy that took down analog film rival Eastman Kodak Co.

A remaining challenge is whether Fujifilm can successfully integrate the medical imaging business it acquired from Hitachi Ltd, said JPMorgan analyst Seiji Wakao.

However, Wakao said the company's share price, currently trading at about 8,197 yen, could have room to grow, depending on performance of the CDMO segment that is "attracting a lot of attention in the market."

Still, Fujifilm doesn't plan to leave the "film" behind in either name or strategy. Decades of experience in photo chemicals and layering technology are still paying off in other business segments, Goto said, adding that film will remain a lodestone for the company.