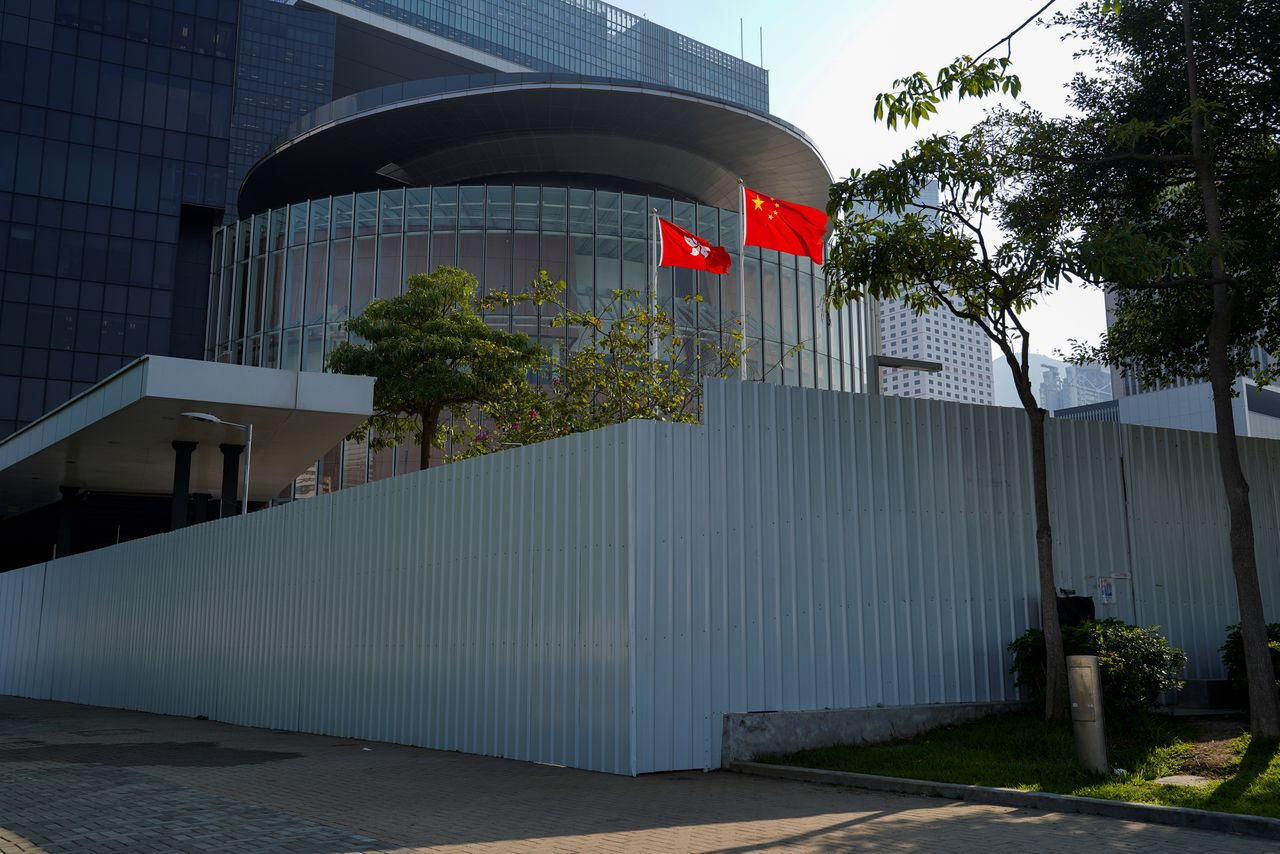 Chinese and Hong Kong flags are hung at the Legislative Council surrounded with construction boarding in Hong Kong, China, April 23, 2021. Protesters stormed the legislature on July 1, 2019, the anniversary of the former British colony's return to China and spray-painted slurs against police and the government on the walls. REUTERS/Lam Yik SEARCH "YIK SECURITY" FOR THIS STORY. SEARCH "WIDER IMAGE" FOR ALL STORIES

LONDON (Reuters) - Britain, the United States and a coalition of other nations said on Friday they were concerned that further legislation in Hong Kong could be used to curtail media freedom.

"We are highly concerned by the possible introduction of new legislation that is intended or could risk being used to eliminate scrutiny and criticism by the media of the government’s policies and actions," the statement, published by Britain on behalf of the Media Freedom Coalition, said.