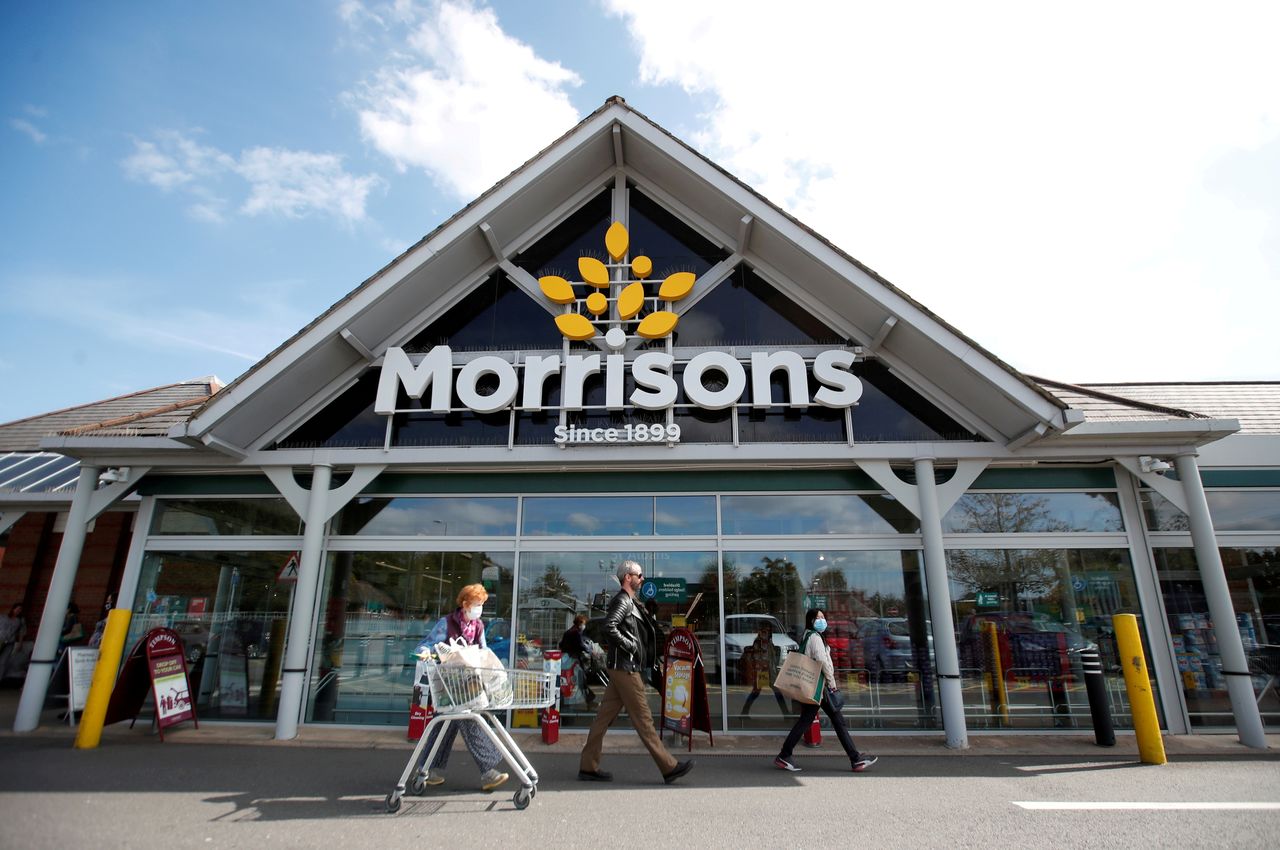 By Abhinav Ramnarayan and Yoruk Bahceli

LONDON (Reuters) - Bonds issued by British supermarket chain Morrisons extended losses on Friday as the prospect of a debt-fuelled takeover by a private equity firm raised the possibility of a rating downgrade into junk territory.

Such private equity takeovers tend to be done using leveraged buyouts, funded by debt that has to be paid back by the target company rather than the buyer.

Morrisons bonds dropped towards a cash price of 100, or par, this week. A clause written into the bonds' documentation allows holders to sell them at that level in the event of a change of ownership that leads to a downgrade.

The sharpest fall has been for the supermarket's bonds due July 2029, which have fallen nearly 20 pence on the pound since June 18, when news first broke of the takeover possibility. The corresponding jump in yield has been by 183 basis points to 3.086%.

"(It's) the combination of the leverage that's implied by the revised bid from Fortress... and... effectively unlimited debt that can be put in ahead of you from a seniority and security perspective," he said.

CreditSights, which put a sell recommendation on Morrison's entire debt stack this week, expects Morrison's total debt to rise to over 6 billion pounds, pushing the leverage rate to 5.8.

However, the right to sell the bonds at par thanks to the "change of control" clauses, is putting a floor on the price, Keaney said.

Moody's, the only one of the three major ratings agencies covering Morrisons, said this week that it could cut its Baa2 rating by "multiple notches" if such a leveraged takeover went through.

A downgrade of the supermarket's debt out of investment grade indexes would bar it from access to many large investors.