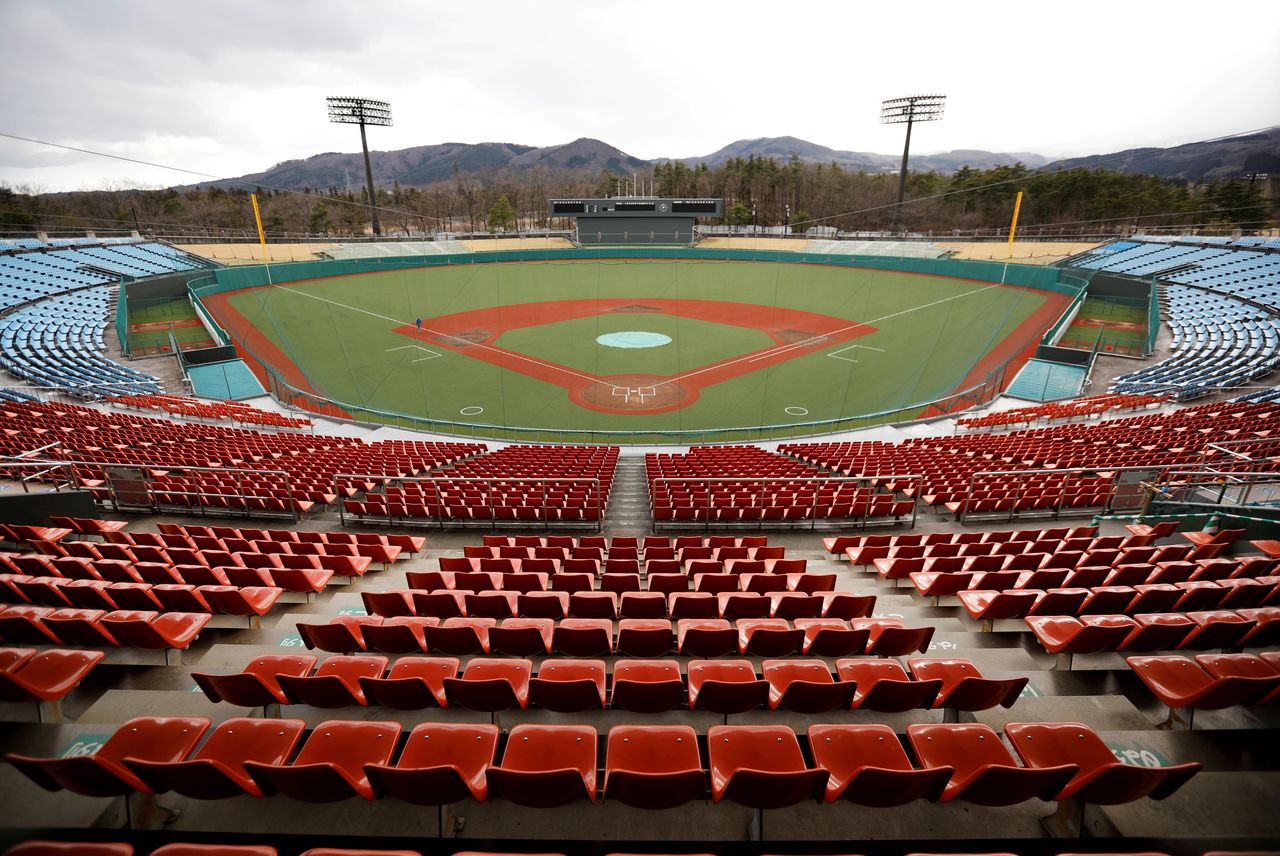 TOKYO (Reuters) -Japan's Fukushima prefecture will bar spectators from the Olympic events it hosts this summer due to rising COVID-19 infections, its governor said on Saturday, reversing a position announced two days earlier by organisers.

The decision deals another blow to Japan's hopes to leverage the Olympics to showcase its recovery from a devastating earthquake and tsunami that hit the northern coast a decade ago, destroying a nuclear plant in Fukushima in the worst nuclear accident since Chernobyl.

Organisers had said on Thursday there would be no spectators in host city Tokyo as a resurgent coronavirus forced Prime Minister Yoshihide Suga to declare a state of emergency in the capital that will run throughout the Games, which were already postponed by a year due to the pandemic.

But they said some spectators would be allowed in Fukushima and several other prefectures outside the capital. On Friday organisers said soccer matches in Japan's northernmost main island of Hokkaido would be held without spectators.

"The situation of rising infections in the prefecture warrants no optimism," he told a news conference.

Fukushima's move comes a day after Australian Olympic Committee president John Coates expressed optimism about audiences in Fukushima. Japan takes on Australia in a softball game that will be the first competition of the Olympics on July 21, two days before the opening ceremony.

"Fukushima, which is hosting our girls in the first softball game of the Olympics against Japan - they are still able to have 10,000 at that venue," said Coates, who is also vice president of the International Olympic Committee.

Hokkaido's ban on spectators affected Fukushima's decision, Uchibori said. "It changed the premise for the organisers' plans to hold matches with spectators in areas other than Tokyo and surrounding prefectures."

Organisers said there was no change to plans for limited crowds in Miyagi, Shizuoka and Ibaraki prefectures.