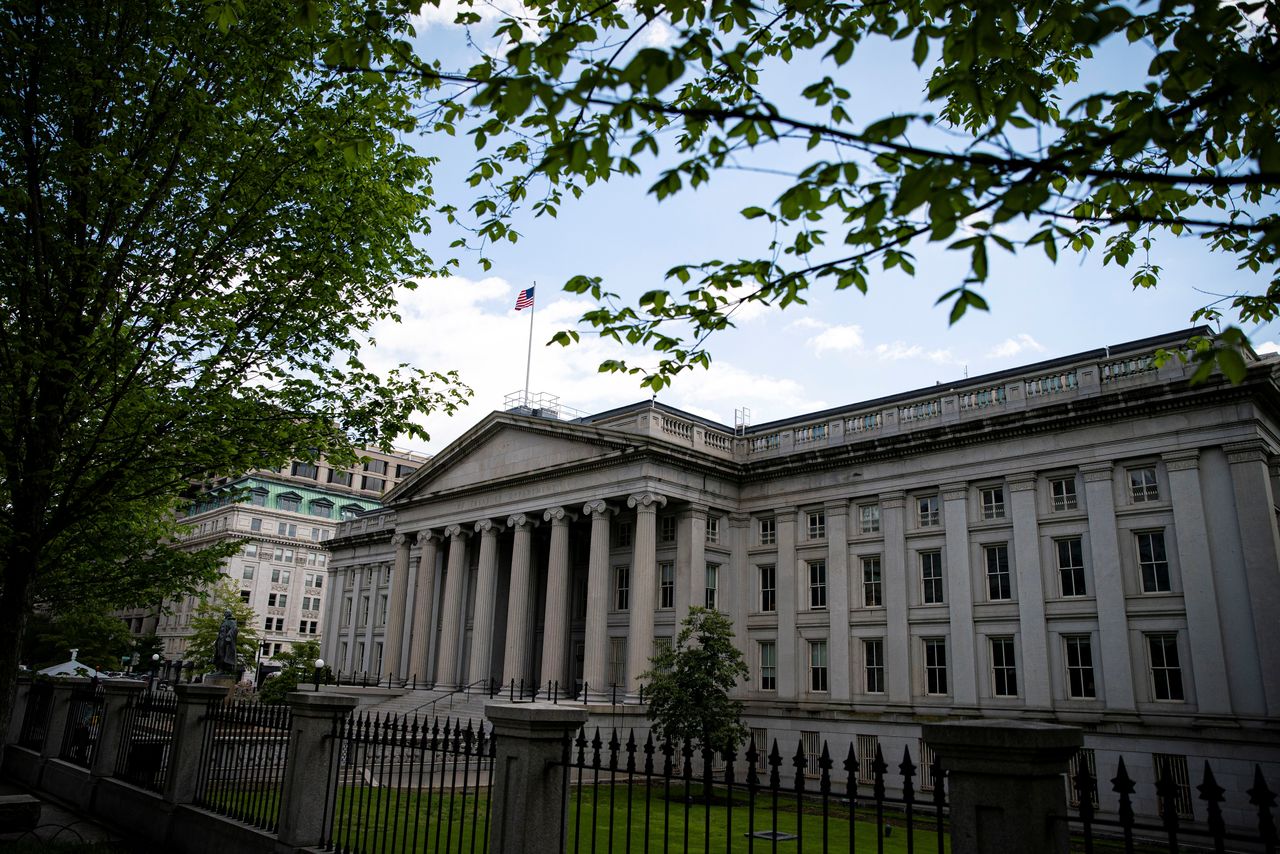 NEW YORK (Reuters) - A tumble in Treasury yields is pushing some investors toward other income-generating vehicles including dividend-paying stocks and emerging market bonds, often in exchange for a greater degree of risk.

Earlier this year, few expected that Treasury yields would sink closer to historic lows by summer despite a resurgence of U.S. growth after the coronavirus pandemic.

Yet the Federal Reserve's hawkish shift, demand from investors in countries where domestic bonds offer flat or negative returns and the unwinding of popular short bets on Treasuries have depressed yields. This has cast doubt on the future of the so-called reflation trade. [L2N2OK183]

"From our perspective we are taking bites in other places because we don't expect Treasury yields to rebound soon," said Ed Al-Hussainy, senior interest rate and currency analyst at Columbia Threadneedle.

Al-Hussainy is focusing on assets such as mortgage-backed securities, seeking exposure to U.S. consumers whose household balance sheets he expects to emerge from the pandemic in good shape. The iShares MBS exchange-traded fund, which holds mortgage-backed bonds, yielded 1.88% on Friday with an average 4.9 year maturity.

Don Ellenberger, senior portfolio manager at Federated Hermes, is increasing his overweight in emerging market bonds. He expects Treasury yields to remain low while investors are uncertain how much the Federal Reserve will allow inflation to run hot following a surge in consumer prices.

“Markets are not in agreement right now,” he said. “You’ve got the stock market saying the party is still going on while the Treasury market is saying that growth is slowing.”

Ellenberger expects a broad economic recovery to bolster emerging markets, particularly those that are heavy producers of commodities.

The iShares JP Morgan USD Emerging Market Bond exchange traded fund for example, yielded around 3.85% on Friday. The fund brought in nearly $430 million in new assets the week that ended July 7, its largest one-week gain since early April, according to Lipper data.

"Whether it is growing concerns about the vaccination holdouts or the risks associated with the Delta variant, there is little question that the lingering pandemic realities have contributed to the bullish underpinnings for Treasuries," he said.

While she recently added some growth-oriented names like Salesforce.com Inc in anticipation of low interest rates' making growth stocks more attractive, she remains bullish on dividend-growers such as Deere & Co, which raised its payout annually for at least the last 25 years.

Cliff Corso, chief investment officer of Advisors Asset Management, has been adding debt issued by automakers, attracted by yields such as the 2.1% offered on Friday by a General Motors bond that matures in 2027.

The spread of junk bonds over Treasuries - the premium investors demand to hold the risky corporate debt over risk-free government debt – stood at 3.14% on Thursday, according to the ICE BofA U.S. High Yield Index. The junk bond index hit 3.02% on July 1, the lowest rate since July 2007.

"We were already in a desert of yield before this recent rally," he said "We think that there will be plenty of liquidity and the economy will be strong even if we aren't at peak growth anymore.”