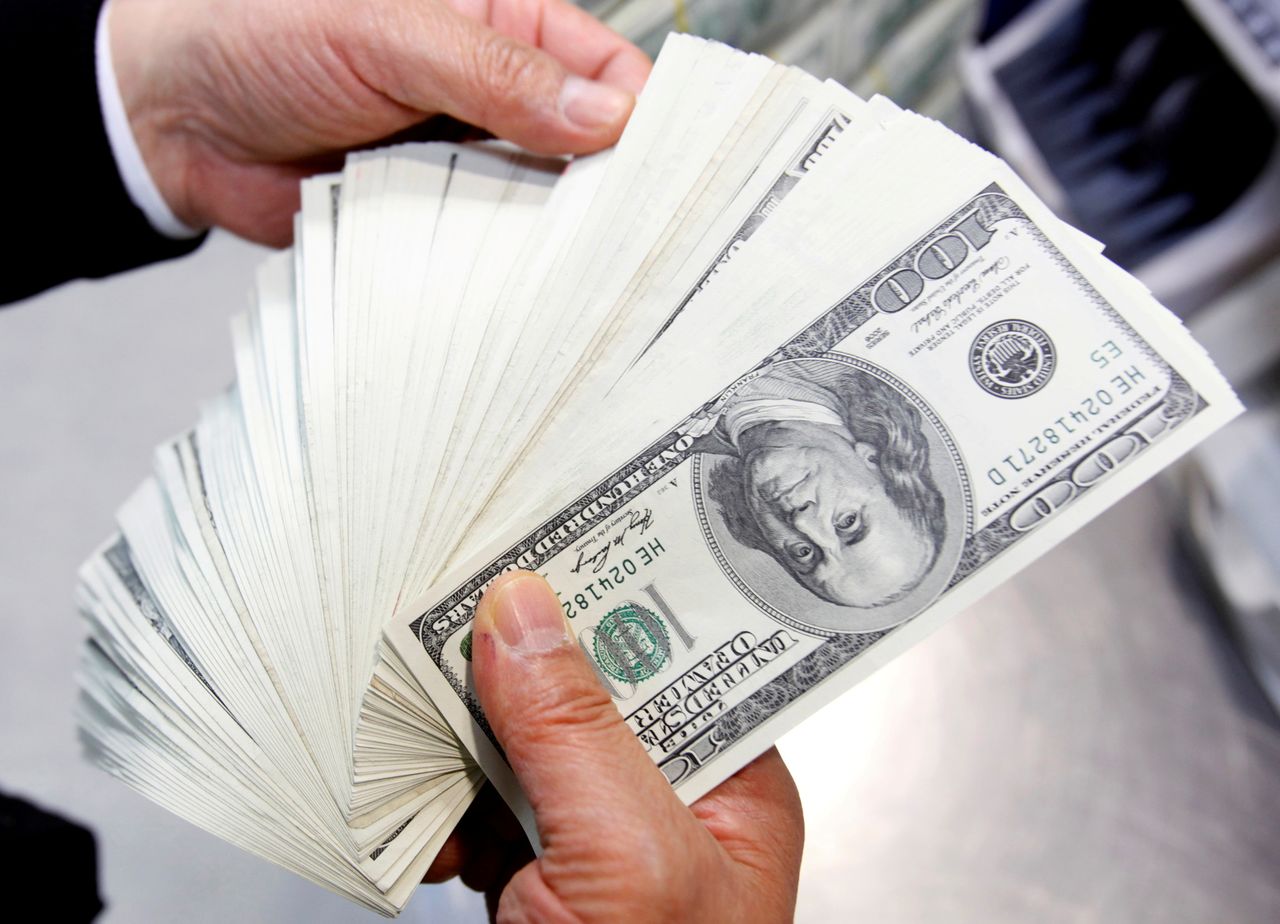 NEW YORK (Reuters) -The U.S. dollar climbed to a 5-day high against a basket of currencies on Tuesday after data showed U.S. inflation data for June coming in hotter than expected, raising the prospect that inflationary concerns are set to linger.

U.S. consumer prices rose by the most in 13 years in June https://www.reuters.com/article/usa-economy-inflation/u-s-consumer-prices-surge-in-june-idUSL1N2OO1VQ amid supply constraints and a continued rebound in the costs of travel-related services from pandemic-depressed levels as the economic recovery gathered momentum.

"(This was) clearly an upside surprise. It will make (Federal Reserve Chairman Jerome) Powell's testimony on Capitol Hill tomorrow a much trickier exercise than it would've otherwise been given that it will put some additional pressure on the 'transitory' narrative," said Michael Brown, senior analyst at payments firm Caxton in London.

"FX reaction is as one would expect given an upside surprise, with the dollar rallying across the board in line with the sharp rise in Treasury yields," said Brown.

Traders are looking forward to Powell testifying before Congress on Wednesday and Thursday for any signals on the timing of potential U.S. tapering.

Powell has repeatedly stated that higher inflation will be transitory, noting that he expected supply chains to normalize and adapt. Treasury Secretary Janet Yellen shares that view.

The dollar index, which measures the greenback against a basket of six currencies, was 0.59% higher at 92.762, its highest since July 8. The index is just shy of the three-month high of 92.844 touched last week.

The possibility of U.S. stimulus withdrawal - brought to the fore by a surprise shift in tone last month from the Fed - has boosted the dollar in recent weeks despite a renewed rise in coronavirus cases in many parts of the world.

"It kind of reinforced the Fed taper story and the dollar has been consolidating for the front of the week, and I think this was the kick that it needed to renew its gains," said Kathy Lien, managing director at BK Asset Management in New York.

Modest strength in the price of oil, a major export for Canada, failed to stanch the Canadian currency's losses against its U.S. counterpart. The loonie was down 0.5% to a four-day low against the dollar. The Canadian central bank is due to update its economic forecasts at a policy announcement on Wednesday.

Sterling fell on Tuesday https://www.reuters.com/article/britain-sterling/update-1-pound-extends-fall-after-u-s-inflation-data-lifts-dollar-idUSL1N2OP17X after the Bank of England scrapped pandemic-era curbs on dividend payments by banks, but warned some asset prices look stretched.

The pound was last down 0.49% against the dollar, with the bulk of the day's losses coming after the release of the U.S. CPI data.

Escalating violence over the jailing of former President Jacob Zuma https://www.reuters.com/article/safrica-zuma/update-3-worst-violence-in-years-spreads-in-south-africa-as-grievances-boil-over-idUSL1N2OP0HW sent South Africa's rand down more than 2% to a three-month low against the U.S. dollar.

China's yuan rose to a near one-week high after surprisingly strong trade data https://www.reuters.com/world/china/chinas-june-exports-growth-beats-fcast-easing-global-lockdowns-boost-demand-2021-07-13 eased fears about a slowdown in what has been one of the world's strongest economic recoveries.

Cryptocurrencies remained on the back foot on Tuesday, with bitcoin down about 2.18% at a four-day low of $32,384.64, as investors shed riskier assets following U.S. inflation data.