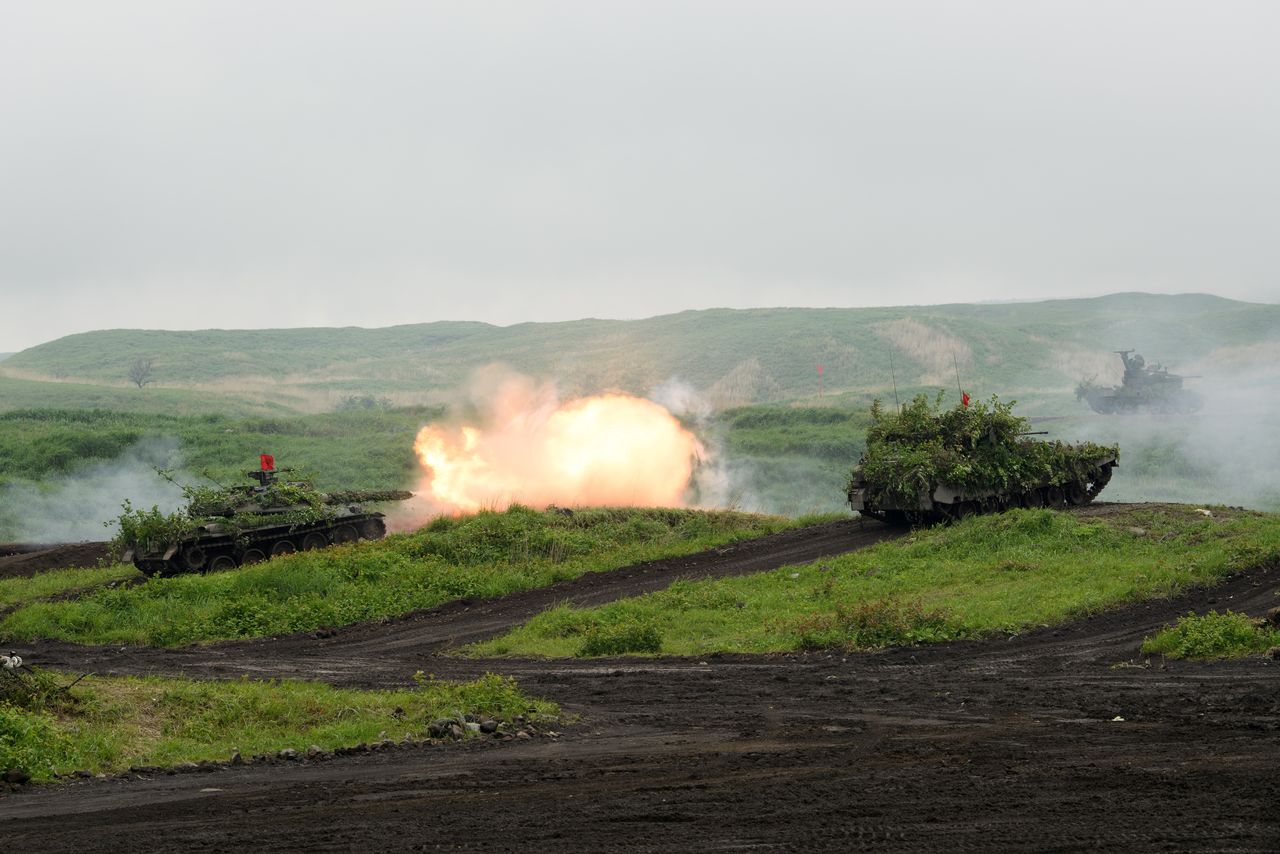 TOKYO (Reuters) - Growing military tension around Taiwan as well as economic and technological rivalry between China and the United States raises the prospect of crisis in the region as the power balance shifts in China's favour, Japan said in its annual defence white paper.

China rejected Japan's conclusions about what it said was normal military activity, calling them irresponsible.

"It is necessary that we pay close attention to the situation with a sense of crisis more than ever," the paper said in a new section on Taiwan.

"In particular, competition in technological fields is likely to become even more intense," it said about U.S.-China rivalry.

China's recent increase in military activity around Taiwan has Japan worried since the island lies close to the Okinawa chain at the western end of the Japanese archipelago.

Taiwan's Foreign Ministry expressed thanks to Japan for attaching such importance to security in the Taiwan Strait.

But there was an angry reaction in Beijing which said Japan has "for some time now" been making baseless accusations about China's normal defence buildup and military activities.

Chinese President Xi Jinping this month pledged to complete the "reunification" with Taiwan and in June criticised the United States as a "risk creator" after it sent a warship through the Taiwan Straits separating the island from the mainland.

Japan's deputy prime minister and finance minister, Taro Aso, this month in a speech reported by Japanese media said Japan should join forces with the United States to defend Taiwan from any invasion. Aso later said any contingency over Taiwan should be resolved through dialogue when asked about the remarks, which drew a rebuke from Beijing.

As the military rivalry between the United States and China deepens, their economic competition is fuelling a race to take the lead in technologies such as semiconductors, artificial intelligence and quantum computing.

The technological rivalry poses a challenge for Japan because its economy relies as much on business ties with China as it does with the United States.

Japan will also have to spend heavily to keep up with government funding for technology development in the United States, China and Europe.

U.S. Senate lawmakers recently passed the Innovation and Competition Act of 2021, which authorises $190 billion spending on technology including $54 billion to increase chip production.

The Japanese annual security review for the first time included a section on threats posed by climate change, which it said would increase competition for land and resources and may trigger mass movements of displaced people.

An increase in disasters linked to global warming could also stretch military capabilities, Japan said, while Arctic Sea ice melting could lead to the militarisation of northern waters.