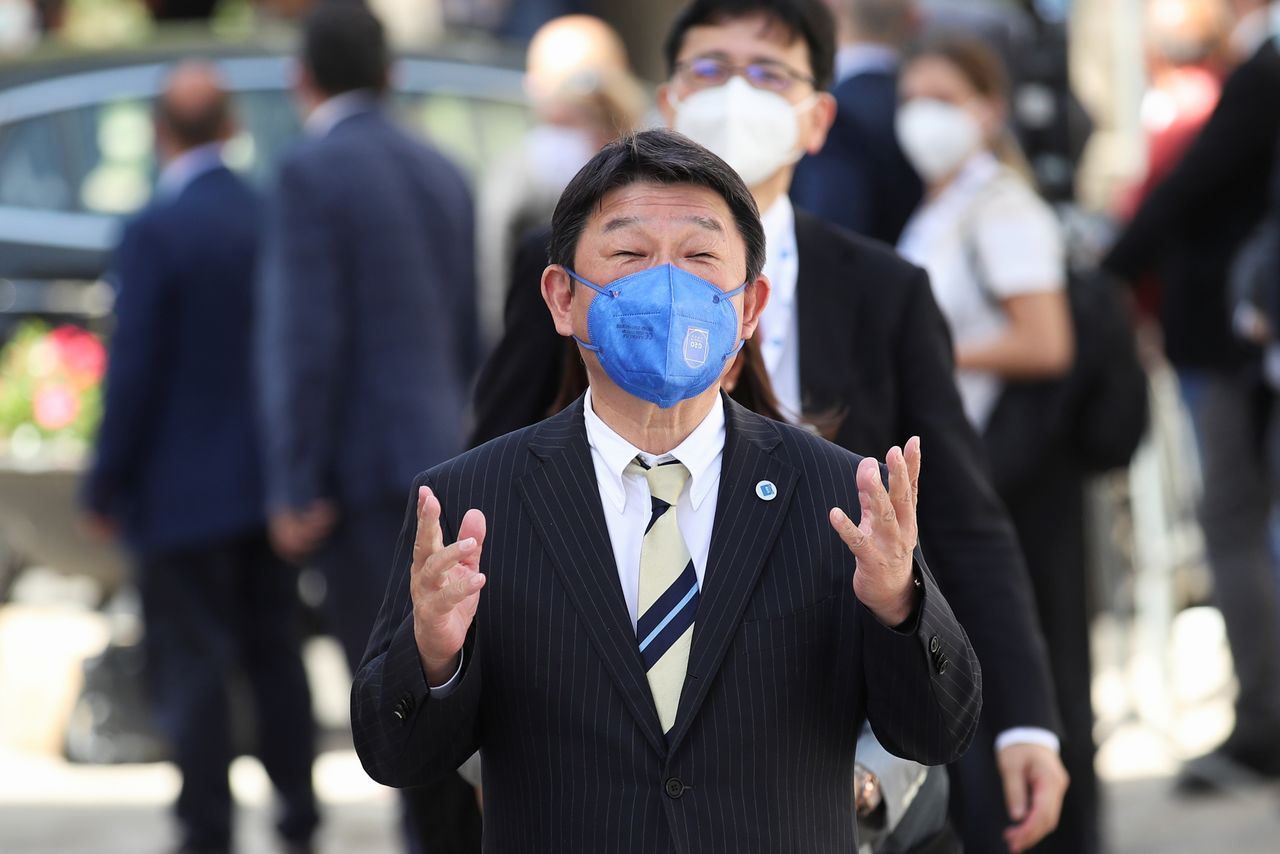 Japan will ship out 1 million doses each to Indonesia, Taiwan and Vietnam on Thursday as part of bilateral deals with those governments, Motegi told reporters.

An additional 11 million doses donated through the COVAX sharing scheme will be sent this month to Bangladesh, Cambodia, Iran, Laos, Nepal, and Sri Lanka, as well as various Pacific Island states, he said.

Taiwan's Foreign Ministry expressed thanks for the gesture, particularly at a serious stage in Japan's own coronavirus battle. Japan has donated about 3.4 million doses to Taiwan in a show of support for the Chinese-claimed island.

"The friendship between Taiwan and Japan is unwavering," the Taiwan ministry said in a statement. "The Foreign Ministry once again thanks our partners in freedom and democracy for their warm assistance and strong support."

In a statement, Vietnam said it would receive a million doses from Japan on Friday in the southern business hub of Ho Chi Minh City, where it is fighting its largest outbreak yet after months of successful containment.

"It is encouraging that a number of richer countries have made generous pledges and donations of vaccines to countries in Asia in recent weeks," said Alexander Matheou of aid group the International Federation of Red Cross and Red Crescent Societies (IFRC).

"We need to speed up the delivery of these lifesaving doses so that we can get them into people's arms, giving us a genuine shot at containing this pandemic once and for all."

Taiwan has complained that Chinese interference blocked its deal this year to secure vaccines from Germany's BioNTech SE, charges Beijing has denied. Since then, vaccine donations have rolled in to Taiwan.

Taiwan's relatively small domestic COVID-19 outbreak has generally been brought under control, except for a few sporadic community infections.

Japan has pledged $1 billion and 30 million doses to COVAX. Motegi said on Tuesday the AstraZeneca doses made in Japan were approved by the World Health Organization on July 9 for use in COVAX.

(Reporting by Rocky Swift; Additional reporting by Ben Blanchard in Taipei and James Pearson in Hanoi; Editing by Raju Gopalakrishnan and Michael Perry)