By Anna Irrera and Tom Wilson

LONDON (Reuters) - As central banks dabble with digital currencies, commercial lenders are ramping up efforts to influence policy and technical plans, according to more than half a dozen industry executives and public filings.

Worried that the explosion in cryptocurrencies could weaken their grasp on the economy, monetary policymakers from Washington to Beijing are exploring issuing their own central bank digital currencies, or CBDCs.

Although a widely used digital dollar, euro or yuan may still be years away, such projects threaten to disrupt the financial services industry - galvanizing banks into action.

"CBDCs start a debate on the very essence of money that could have a big impact in almost everything we do, from securities processing to settlement," said Swen Werner, managing director for digital assets at State Street.

Depending on the design, CBDCs might see central banks and tech players compete in the retail banking space while giving incumbents opportunities to cut costs and improve services.

Unlike cryptocurrencies which are typically run by private actors, or the electronic money used in billions of transactions daily that is mostly created by commercial banks, some CBDCs would be equivalent to cash, issued and backed by central banks.

Lenders are funding research, teaming up with tech companies and central banks on pilot projects, and stepping up lobbying, according to executives and public records.

They are also working on the issue through trade groups like the European Banking Federation (EBF) and the U.S. Chamber of Commerce, and via private talks with policymakers.

The implications of CBDCs are "concerning", the EBF said in an email, adding: "Given the potentially far-reaching impact of the digital euro, the EBF is keen to see a more structured dialogue with the European Central Bank and the European banks to work closely together on this project."

CBDCs could take one of two basic forms, wholesale or retail. Wholesale digital coins could be used to make payments between banks or other entities with central bank accounts, using distributed ledger technology to make the process simpler and cheaper.

HSBC and Standard Chartered are already working with central banks in Hong Kong, Thailand and the United Arab Emirates to use CBDCs for wholesale cross-border payments, currently a lengthy process involving multiple intermediaries. Citi and JPMorgan are among banks involved in a similar effort in Singapore.

Ultimately, such projects could allow companies to safely make payments across jurisdictions in real time.

HSBC CEO Noel Quinn told Reuters in May that CBDCs could simplify global payments, cut costs and boost transparency. HSBC is talking to governments including Britain, China and Canada about their digital cash initiatives, he said.

CBDCs could also make settling securities trades - which can take days, with several parties involved - more efficient, said executives. A CBDC could be programmed with instructions to deliver the security instantly upon receipt of the digital cash.

London-based Fnality, a startup backed by 15 financial firms, is awaiting regulatory approval for a blockchain-based system that would streamline settlement between financial institutions.

And in a first, Goldman Sachs said last month it had settled a repo trade on JPMorgan's private blockchain network.

Incumbents are concerned, though, about a prospective retail CBDC, with digital coins issued directly to consumers.

Advocates say that could allow millions of people shut out of the financial system to receive, spend and save money via a digital wallet.

Retail CBDCs could improve government services and reduce fraud. Pandemic aid, for example, could have been issued faster and more cheaply as a retail CBDC useable only for eligible expenditures.

The Bank of England has also warned that a major shift to digital currencies, including CBDCs, would push up funding costs and raise the interest rates banks charge.

"If central banks position themselves in competition on the money people can hold, it could mean less deposits with commercial banks," said Isabelle Martz, deputy director of retail payments at Societe Generale.

"It could have an impact on the ability to finance the economy."

The EBF has urged central banks to avoid CBDCs that would compete with deposits by serving as savings and investment instruments. The U.S. Chamber of Commerce has also warned against crowding out private sector innovation.

But that scenario is seen as extreme, and central bankers have said they want to preserve the role of commercial banks.

Some industry groups are pushing for non-bank entrants to face the same regulatory scrutiny as banks, and for the private sector to have more say in policy discussions.

The U.S. Chamber, for example, is advocating for the White House to create a taskforce that includes the government, private sector and academics to help shape U.S. CBDC strategy.

"We are in various discussions to help to put some ideas on the table and to advocate with Members of Congress and the regulatory agencies to get them to come together and come up with the right policies," said the Chamber's Tom Quaadman. 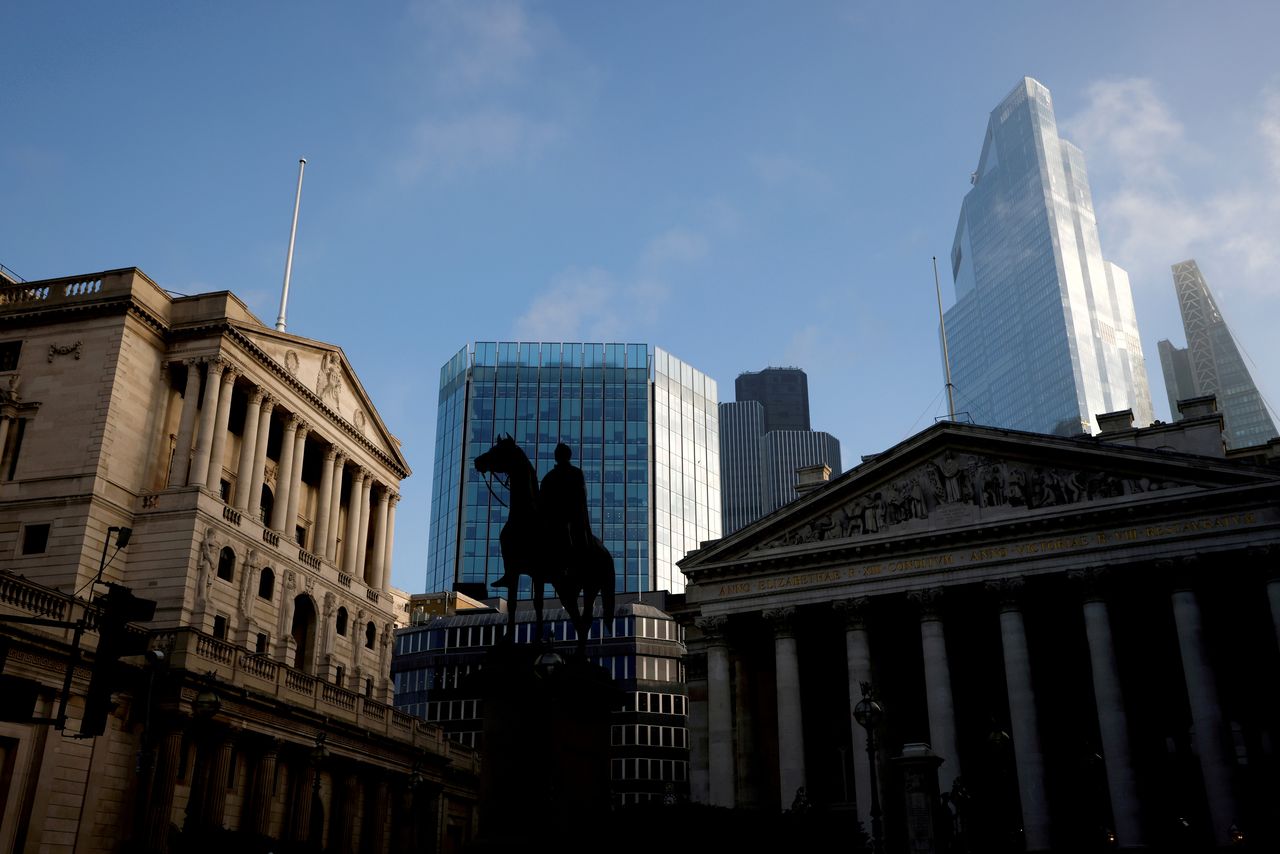 FILE PHOTO: The Bank of England and the City of London financial district in London, Britain, November 5, 2020. REUTERS/John Sibley 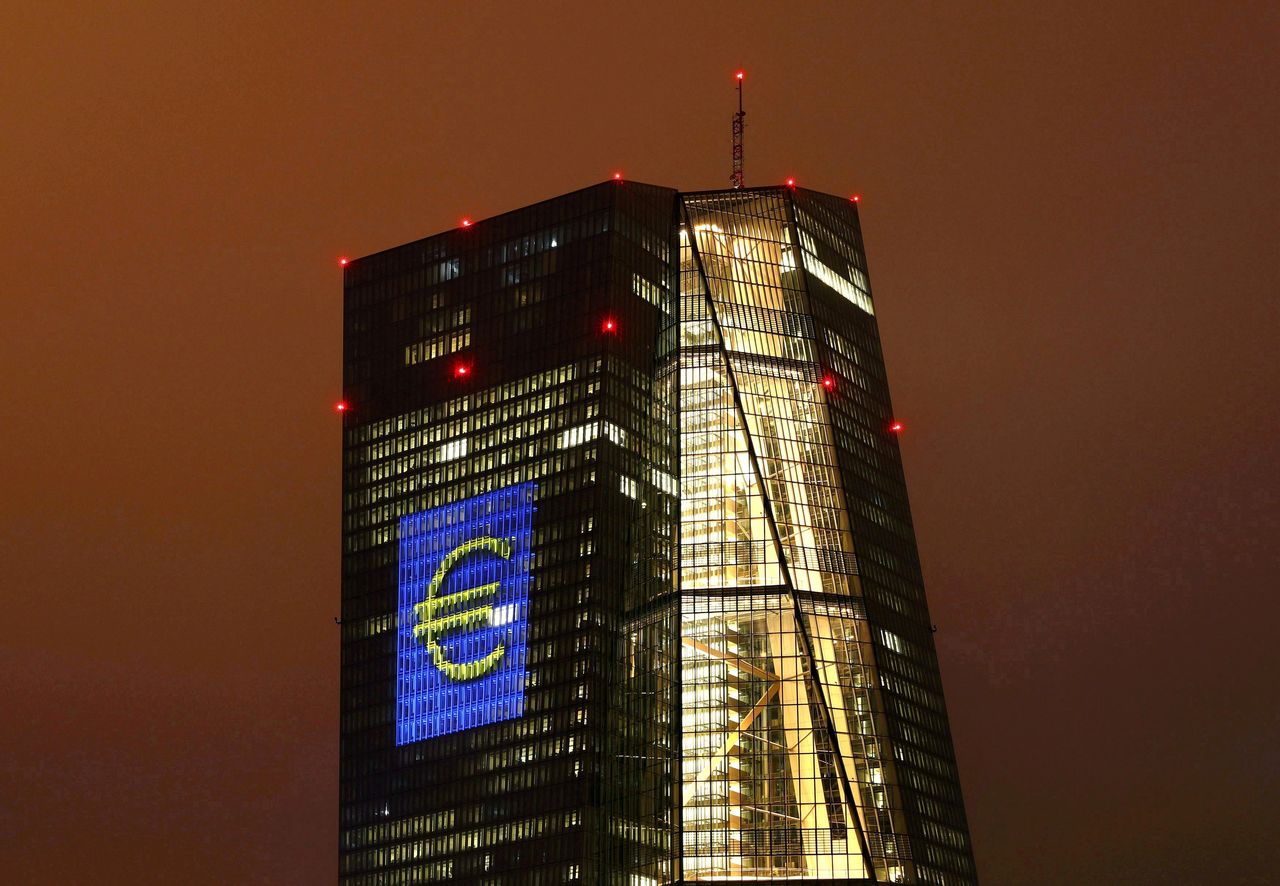