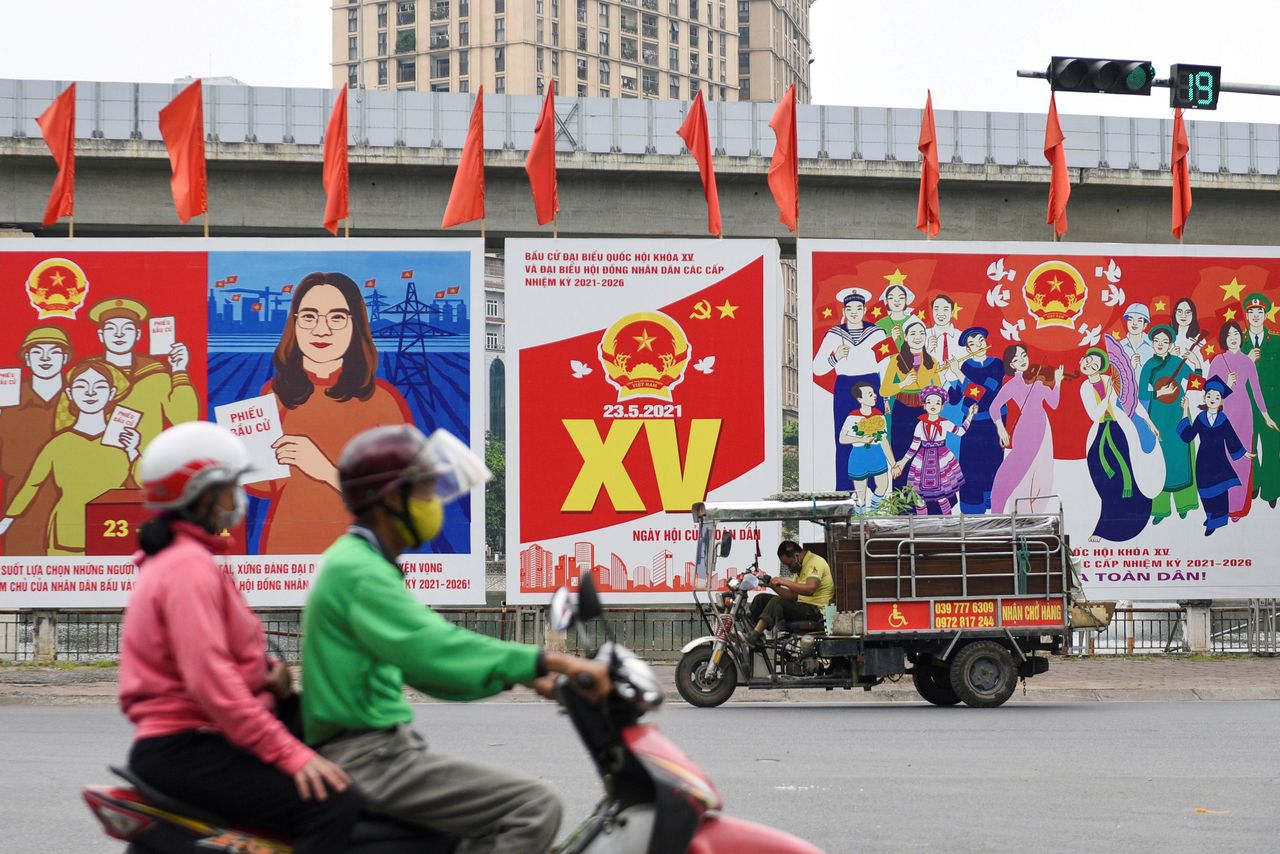 FILE PHOTO: People ride on the street decorated to promote the election day as Vietnamese went to the polls, in Hanoi, Vietnam, May 23, 2021. REUTERS/Thanh Hue/File Photo

WASHINGTON (Reuters) - President Joe Biden's nominee to be the next U.S. ambassador to Vietnam vowed at his Senate nomination hearing on Tuesday to boost security ties with Hanoi while seeking equitable market access and pressing Hanoi to respect human rights.

Marc Knapper, a career diplomat currently serving as deputy assistant secretary for Japan and Korea, told the Senate Foreign Relations Committee the relationship between Washington and its former Vietnam War foe had undergone a "profound transformation" since normalization of ties in 1995.

"Our two countries have moved from a history of conflict to a comprehensive partnership that spans political, security, economic, and people-to-people ties," he said, while adding that the relationship was not without its challenges.

"We have serious, serious concerns," Knapper said. "Only when we see significant progress on human rights can our partnership reach its fullest potential."

Knapper highlighted Hanoi's restrictions on internet freedoms and referred to a "troubling trend of harassment, arbitrary or unlawful arrests, unjust convictions, and harsh sentences of journalists and activists."

He said he would "press" Hanoi "to respect the freedoms of expression, association, peaceful assembly, and religion or belief."

Knapper, a linguist who speaks Japanese, Korean and Vietnamese, said bilateral trade with Vietnam had grown from nearly nothing in 1995 to more than $90 billion in 2020, but said there were challenges as well.

He said he would "advocate for a level playing field for U.S. companies and investors, including by urging Vietnam to maintain equitable market access for U.S. digital services and agricultural products."

Knapper, the son of a Vietnam War veteran, vowed to strengthen security ties, saying Hanoi and Washington both believed there was "no greater challenge" than that posed by China, including in the South China Sea, where Vietnam and China have rival claims.

"Right now, we have what we call a comprehensive partnership; we hope to raise it to a strategic partnership, and I will take steps to do that by strengthening even further our security relationships with Vietnam," he said.