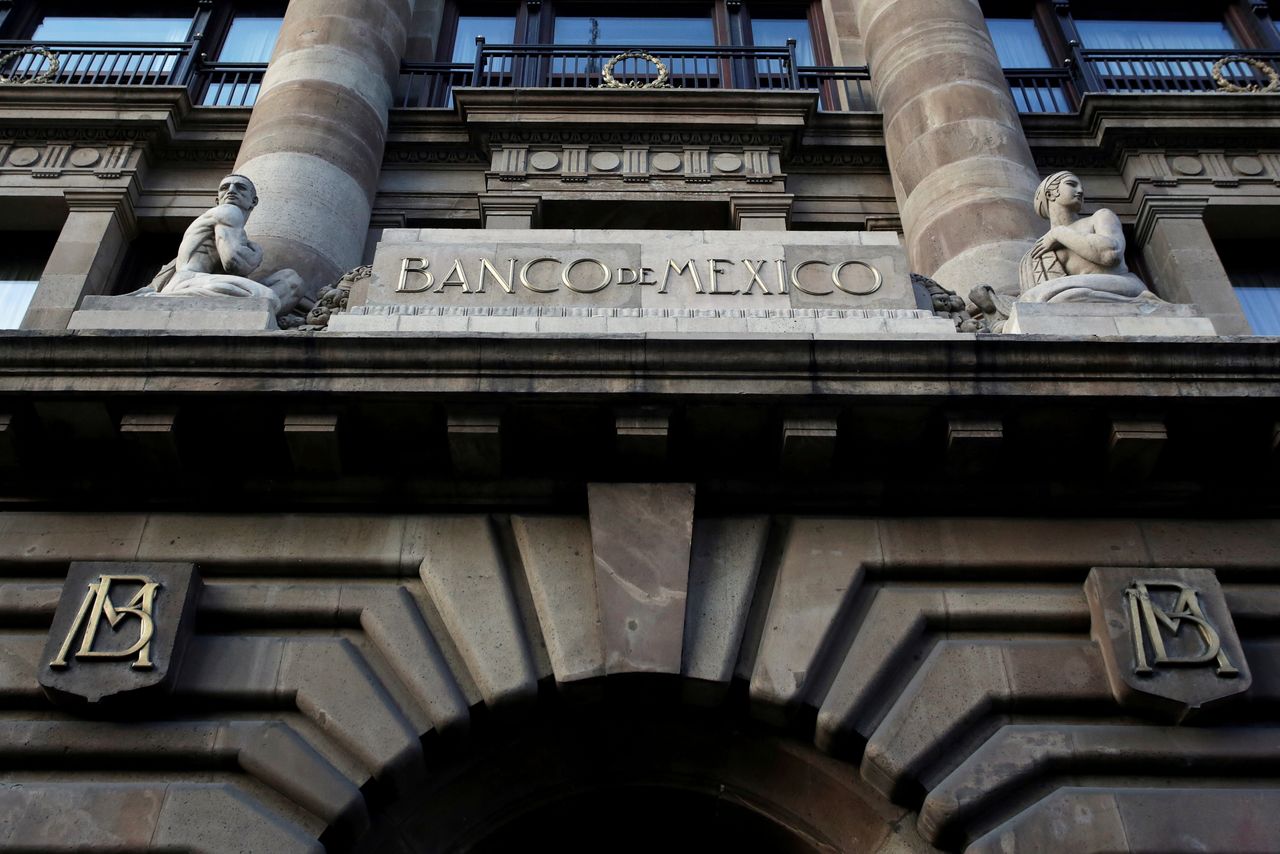 MEXICO CITY (Reuters) - Though the Bank of Mexico hiked its key interest rate last month to stem surging inflation, analysts have increased their forecasts for Mexican inflation to around 6% for year end, double the central bank's target.

Banxico, as the central bank is known, unexpectedly raised the benchmark interest rate by 25 basis points to 4.25% at its June 24 monetary policy meeting, saying it was necessary to avoid adverse effects on inflation expectations and citing price formation in the United States.

Higher inflation "is consistent with a larger reopening of the economy, with relative prices still gradually normalizing following the sharp distortions caused by the pandemic," said a report by local bank Banorte, which raised its inflation view for 2021 to 6.1% from 5.5%.

As Latin America's second largest economy recovers from the fallout of the coronavirus pandemic, annual consumer price inflation hit 5.88% in June, well above Banxico's target rate of 3% plus or minus one percentage point.

The government and Banxico have argued that many of the pressures driving up inflation are temporary or related to the pandemic.

"Core services is the main source of concern on the back of consistent increments in airfares and restaurants," said Gabriel Lozano, chief economist for JPMorgan's Mexico unit, which upped its inflation estimate to 5.8% from 5.6%.

Banxico has warned that a weaker Mexican peso and the economic impact of a severe drought in Mexico could also exacerbate inflationary pressure.

Banks Citibanamex, Invex and Monex also raised their inflation forecasts in recent days to around 6%.

"Inflation in 2021 will be one of the highest in recent memory," said Marcos Arias, economist at Monex.