GENEVA (Reuters) - Negotiators are hoping the World Trade Organization will on Thursday not only deal a major blow to overfishing after 20 years of trying, but in doing so also dispel doubts about its own usefulness.

The global trade watchdog, whose 164 members are also at loggerheads over how it should settle disputes, has not clinched a major trade deal for years, and analysts say it needs to land one this year to maintain its credibility.

The prize could be a sharp reduction of the widespread fishing subsidies that are generally held to be the single biggest factor in depleting the world's fish stocks.

The WTO says it is "on the cusp" of a deal; Director-General Ngozi Okonjo-Iweala said the ministerial meeting, being held virtually, "should kick us along the path towards agreement", before a November session intended to seal the deal.

Some delegates are privately more sceptical, saying there is still a gulf in views over the allocation of subsidies between wealthy members such as the European Union on one side and developing countries such as India on the other.

"Many members feel that the larger subsidisers should make larger cuts to their subsidies, given the worldwide impact of their fishing, both historical and current, whereas many developing countries feel the rules should be different for them," said Alice Tipping from the International Institute for Sustainable Development.

A confidential proposal in May by African, Caribbean and Pacific countries, seen by Reuters, seeks exemptions for members that take less than 2.5% of the global catch - which others say would undermine the whole deal.

'RACE TO THE BOTTOM'

While China is the biggest single subsidiser, it accounts for only 21% of the $35.4 billion that countries and trading blocs around the world, including the EU and Japan, spend propping up their fleets every year, according to a 2019 study https://www.sciencedirect.com/science/article/pii/S0308597X19303677 by academics from universities and institutes in Canada, China and the United States. ( https://tmsnrt.rs/3AyX2Jh )

A 2018 study https://advances.sciencemag.org/content/4/6/eaat2504 by American-, Canadian- and Australian-based researchers found that much fishing in international waters - the "high seas" - would be unprofitable without state handouts.

"In the waters in countries from which fleets emanate, the stocks are devastated, so they have to go elsewhere and they compete with each other," said Daniel Pauly, a fisheries biologist at the University of British Columbia in Canada, expressing particular concern about tuna. "This is a race to the bottom."

Tipping says the WTO is closer than ever to a deal - but that a draft text still has 84 places where there is no agreement yet.

Some also want Washington to budge, possibly by dropping its proposal on curbing forced labour -- another cost-saving measure that spurs overfishing.

"This is the last chance for a deal," said Friends of Ocean Action's Remi Parmentier. "If not, there's an existential crisis at the WTO." 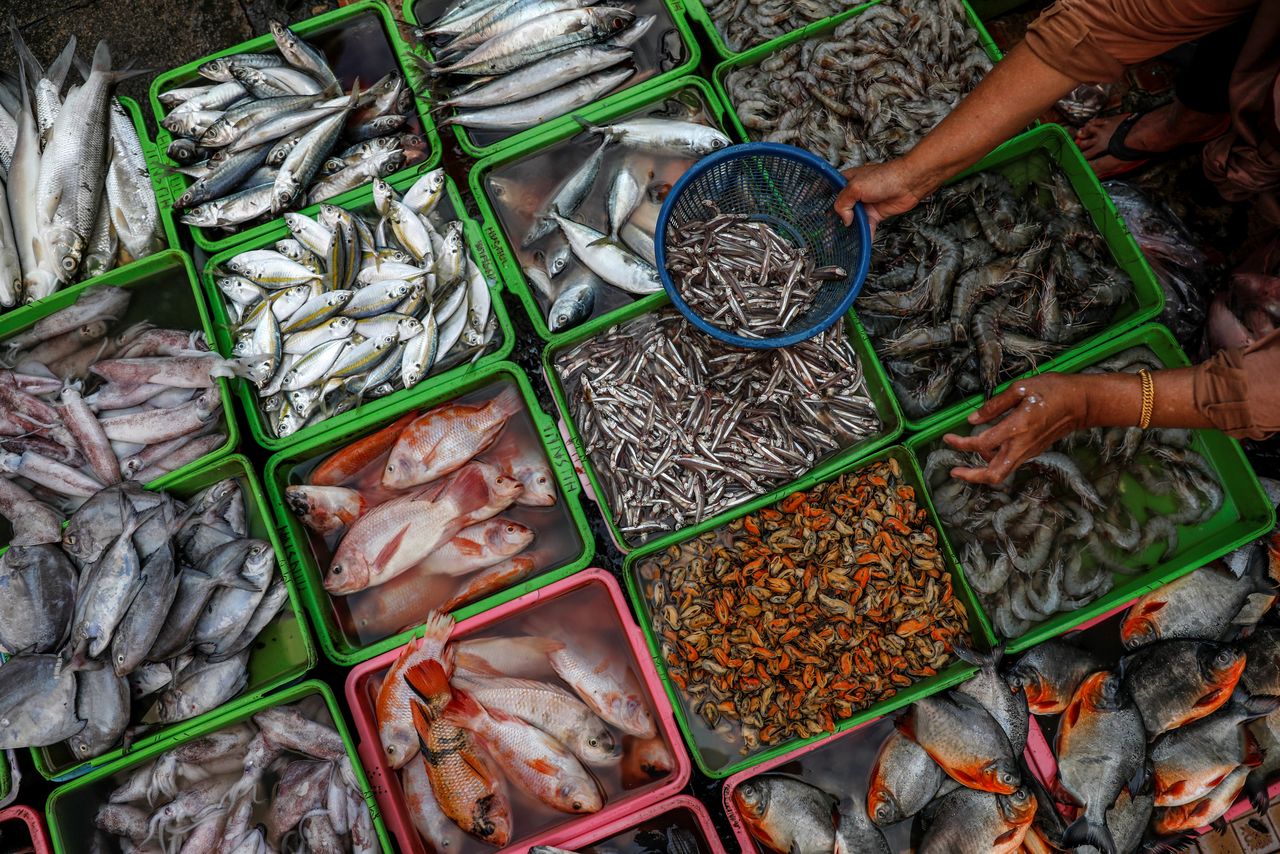 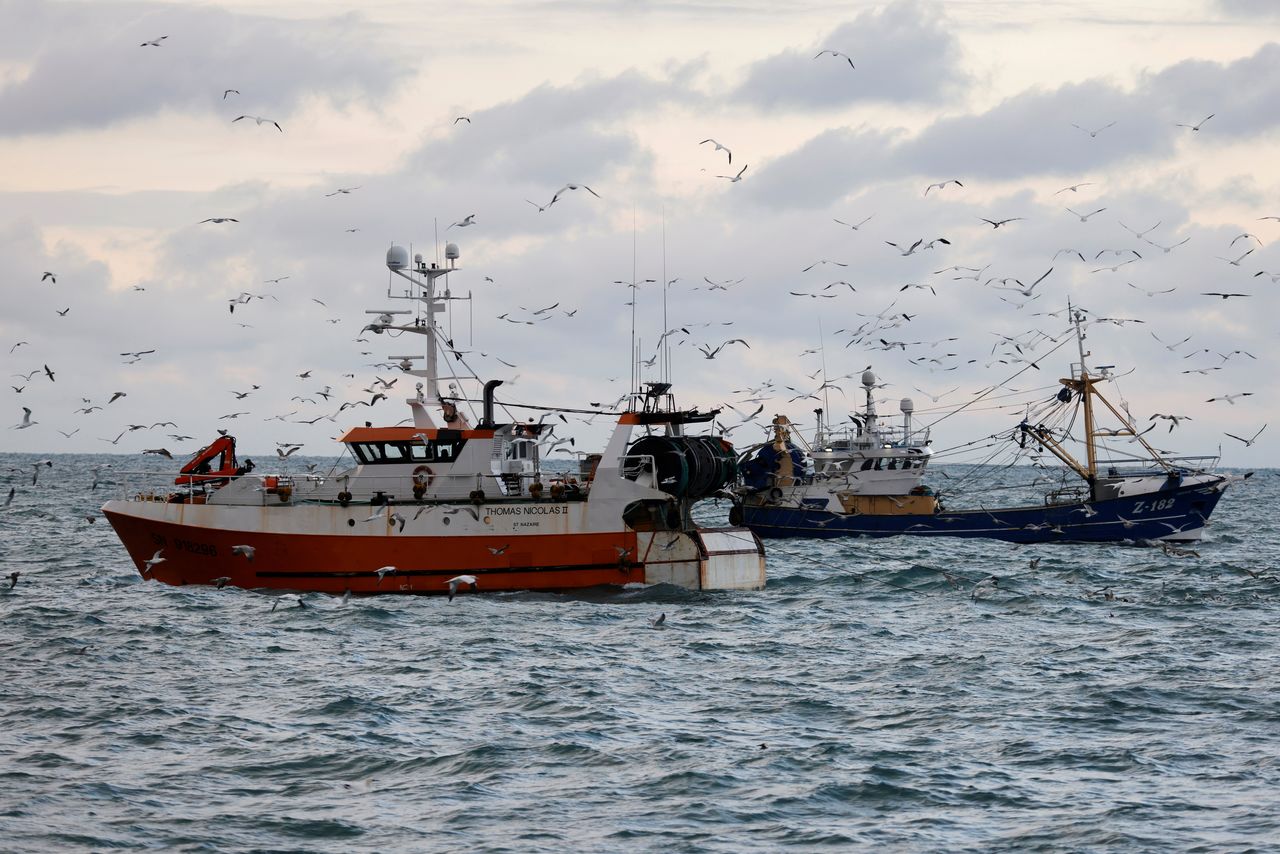 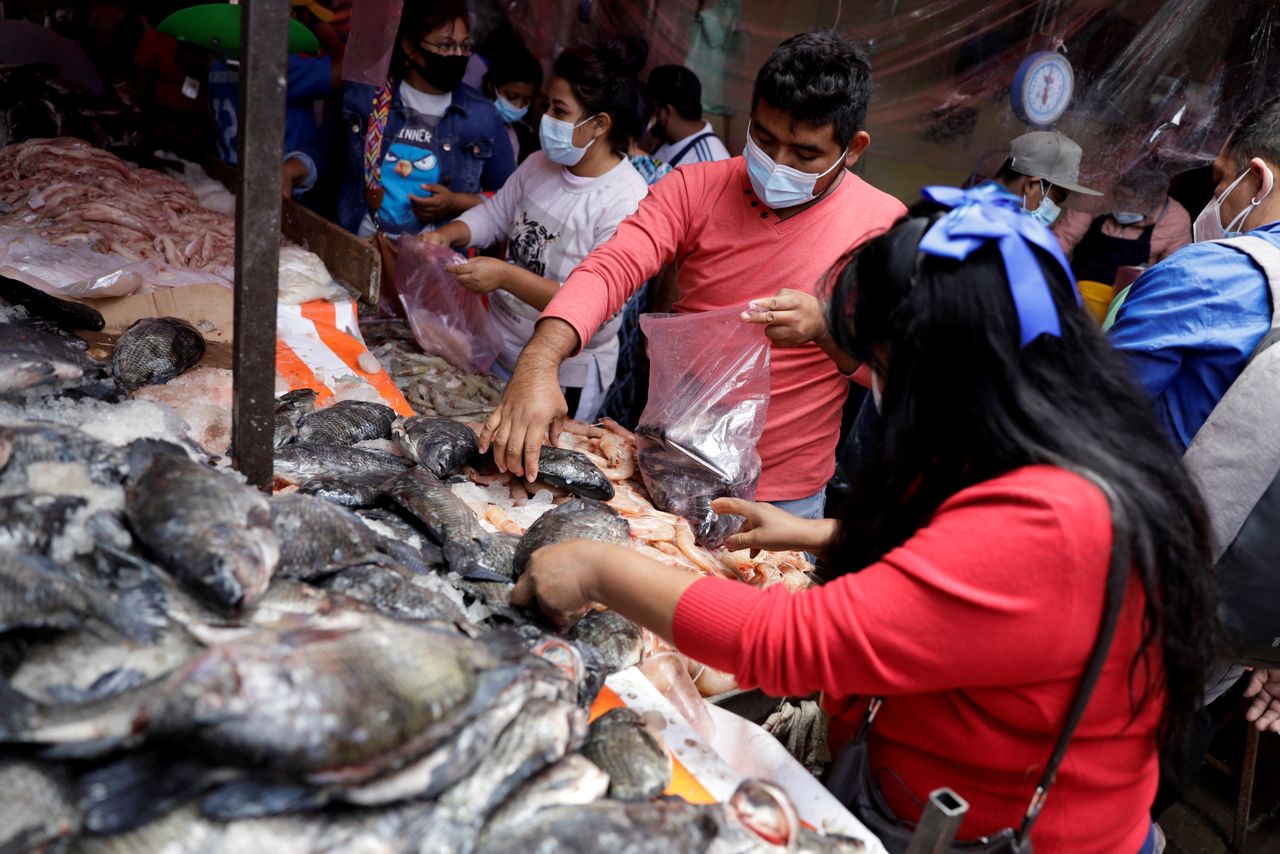 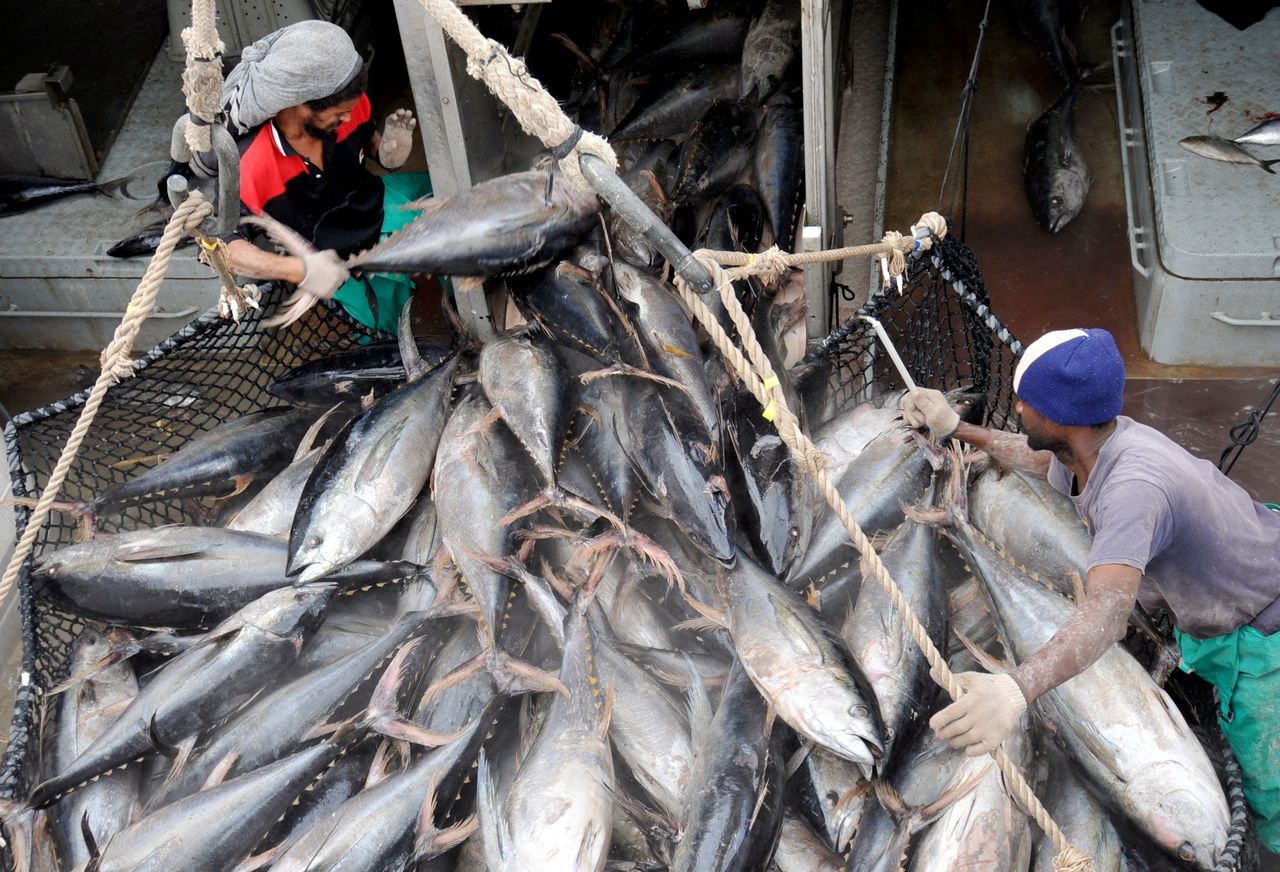 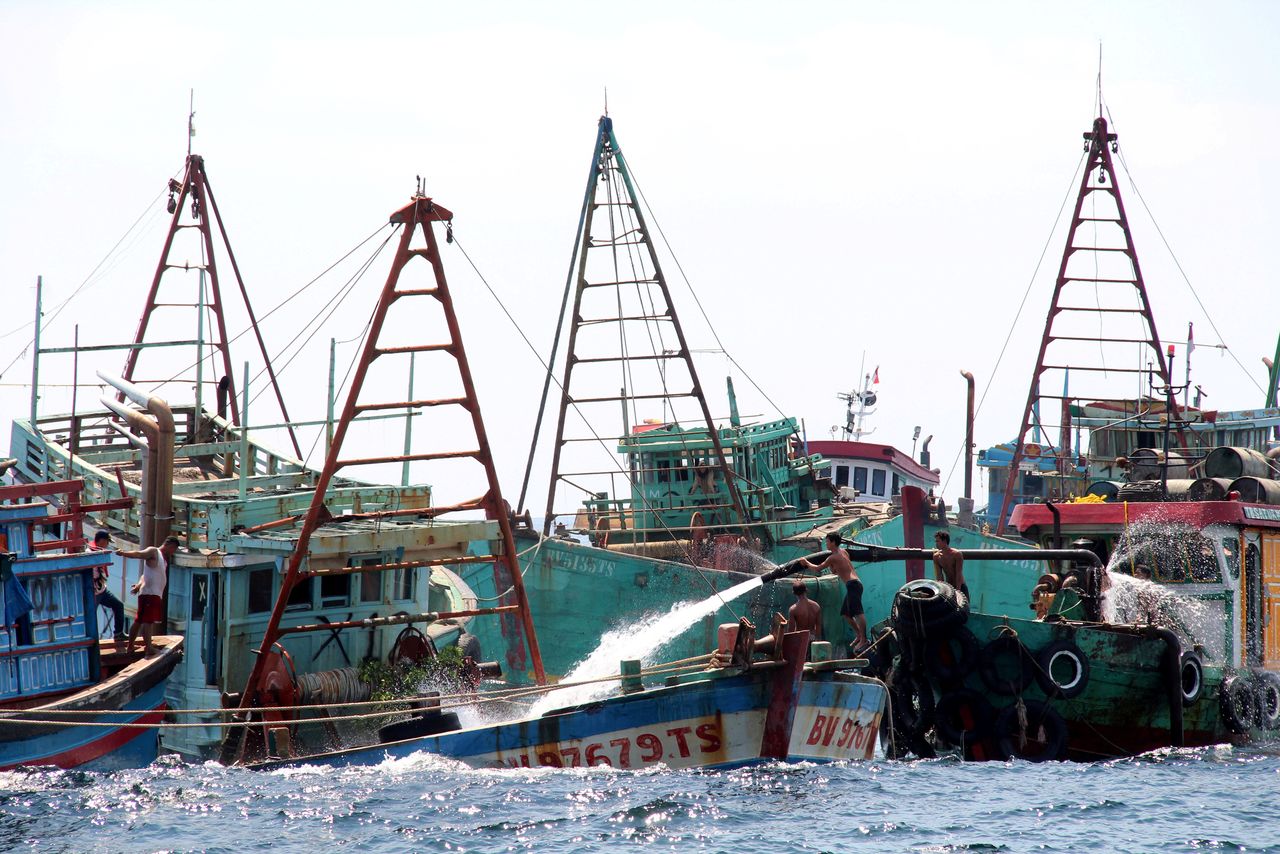 FILE PHOTO: Workers fill Vietnamese fishing boats with water to sink them after they were seized due to illegal fishing in Indonesia's waters, at Datuk island in West Kalimantan, Indonesia, May 4, 2019 in this photo taken by Antara Foto. Antara Foto/Jessica Helena Wuysang/ via REUTERS/File Photo