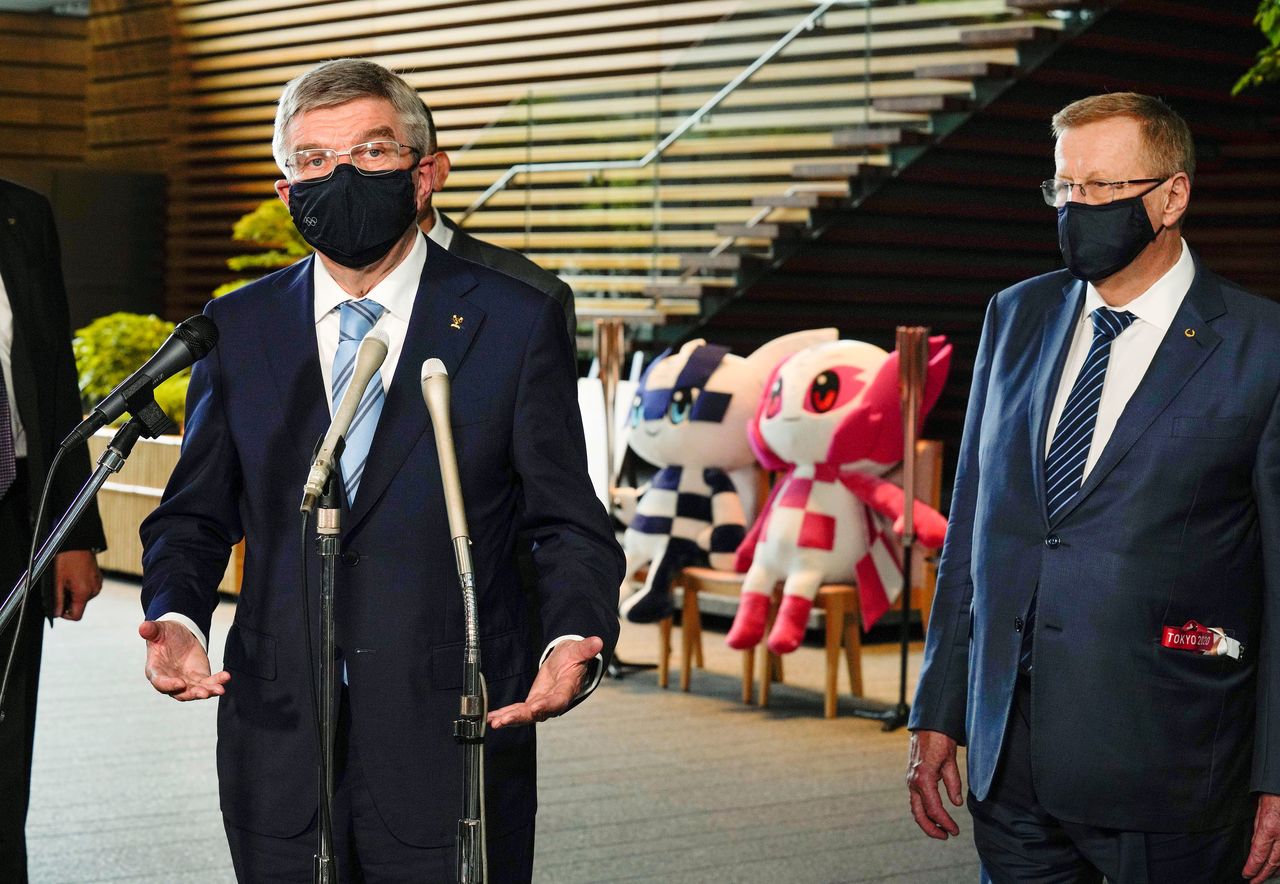 TOKYO (Reuters) - The postponed Tokyo Olympic Games will create new "stars and legends" despite a one-year delay, fragmented preparations and the absence of fans in the stadiums, International Olympic Committee President Thomas Bach said on Wednesday.

Postponed last year due to COVID-19 pandemic, the Games get under way next week, with all spectators banned from the venues of the 33 sports.

"These Games will have high sporting value under the circumstances," Bach told an online media roundtable. "We have seen how the athletes persevered and adapted over more than one year...

"This challenge was the same for all of them. There we will nevertheless see great sport and like in any Olympics new stars will be born there, and new legends will be created."

As cases rose, the government declared a new state of emergency for Tokyo and surrounding prefectures last week and Olympics organisers announced no fans would be allowed at events in those areas.

Several big names will also be missing either through failure to qualify, doping cases, or other reasons including an unwillingness to travel to Tokyo because of the virus.

The Olympics have lost much public support in Japan because of fears they will trigger a surge on infections.

Bach said he was supporting the strict measures imposed on the Games and its participants, which were necessary to help persuade the Japanese population that the Games would not become a superspreader event.

"We are trying to address the concerns," he said.

"We always knew there was scepticism among the population and that there are very special circumstances about which the population is concerned and which transferred to the Olympic Games."

He said a high vaccination rate among participants, an Olympic bubble with limited mobility for athletes and other stakeholders, banning spectators, and continuous testing were part of the organisers' plans to minimise any risk.

"This message has to get across. The Japanese people have to gain confidence in this," he said.