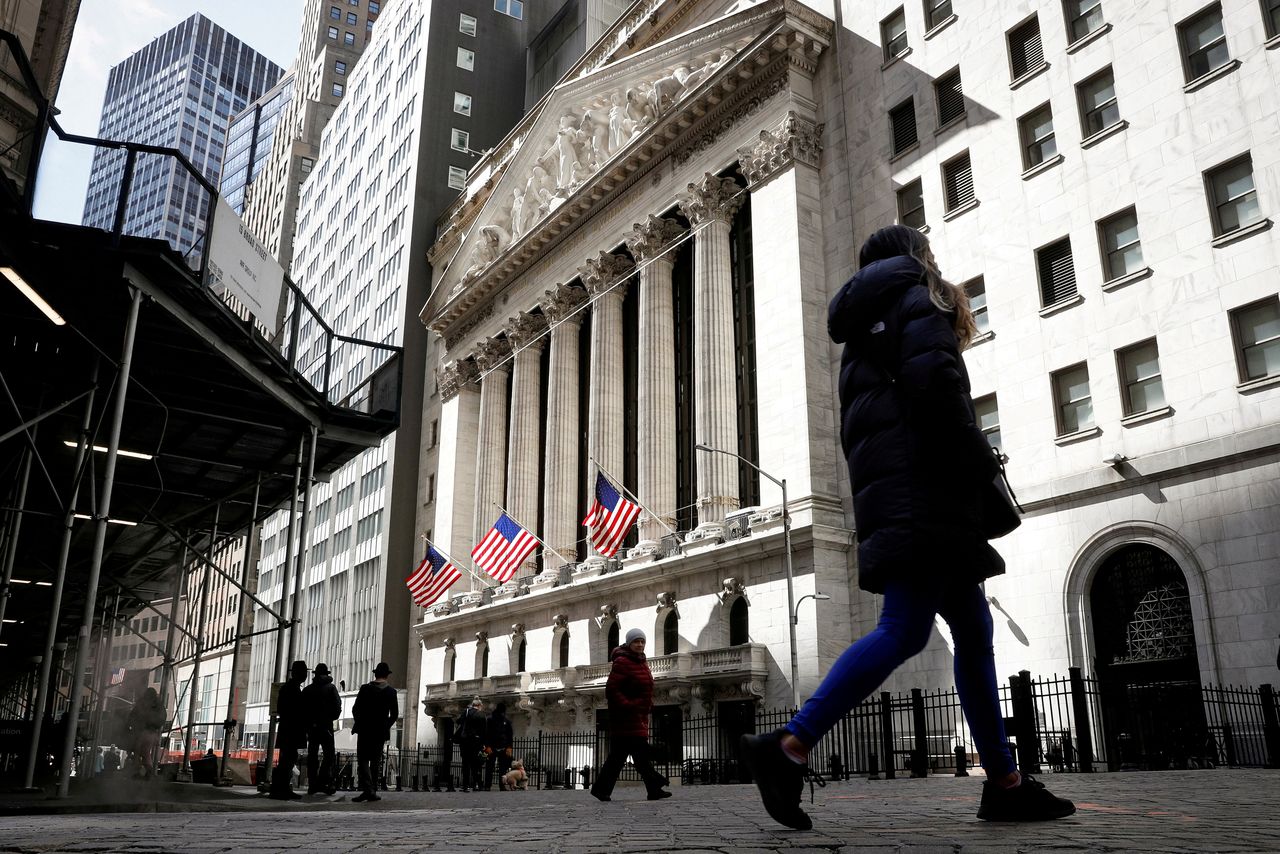 (Reuters) - The S&P 500 ended with a gain after briefly hitting an intra-day record in a choppy session on Wednesday, as investors balanced worries about inflation with reassuring comments from Fed Chair Jerome Powell.

Of the 11 S&P 500 sector indexes, utilities, real estate and consumer staples were among the strongest, each up about 0.9%, while energy sank about 3%.

U.S. monetary policy will offer "powerful support" to the economy "until the recovery is complete," Powell told a congressional hearing in remarks that portrayed a recent jump in inflation as temporary and focused on the need for continued job growth.

Powell's comments followed data this week showing U.S. producer prices increased more than expected in June and U.S. consumer prices rose by the most in 13 years.

Investors in recent weeks have focused on inflation, with many fearing a possible hawkish shift by the Federal Reserve, as well as a spike in coronavirus infections that could knock U.S. equities off record highs.

With banks kicking off second-quarter earnings season this week, analysts expect 66% growth in earnings per share for S&P 500 companies, according to IBES estimate data from Refinitiv.

The S&P 500 is up about 16% so far this year, leading many investors to worry that the stock market rally may run out of steam, and they are looking to earnings to potentially provide more fuel.

"Everyone knows earnings are going to be very strong. The question is how the market reacts to those earnings, and what are the outlooks given by management. That is more critical than anything," said Tim Ghriskey, chief investment strategist at Inverness Counsel in New York.

Apple Inc jumped 2.4% to a record high after Bloomberg reported that the company wants suppliers to increase production of its upcoming iPhone by about 20%.

Microsoft added 0.5% and closed at a record high after saying it will offer its Windows operating system as a cloud-based service, aiming to make it easier to access business apps that need Windows from a broader range of devices.

Microsoft and Apple supported the S&P 500 more than any other stocks.

Bank of America Corp dropped 2.5% after the lender posted its quarterly results and detailed its sensitivity to low interest rates

Volume on U.S. exchanges was 9.8 billion shares, compared with the 10.5 billion average for the full session over the last 20 trading days.

Declining issues outnumbered advancing ones on the NYSE by a 1.32-to-1 ratio; on Nasdaq, a 2.12-to-1 ratio favored decliners.